So far only 23 percent of those included in New York's Phase 1a vaccination plan, which is primarily made up of health care workers, have gotten the shot. 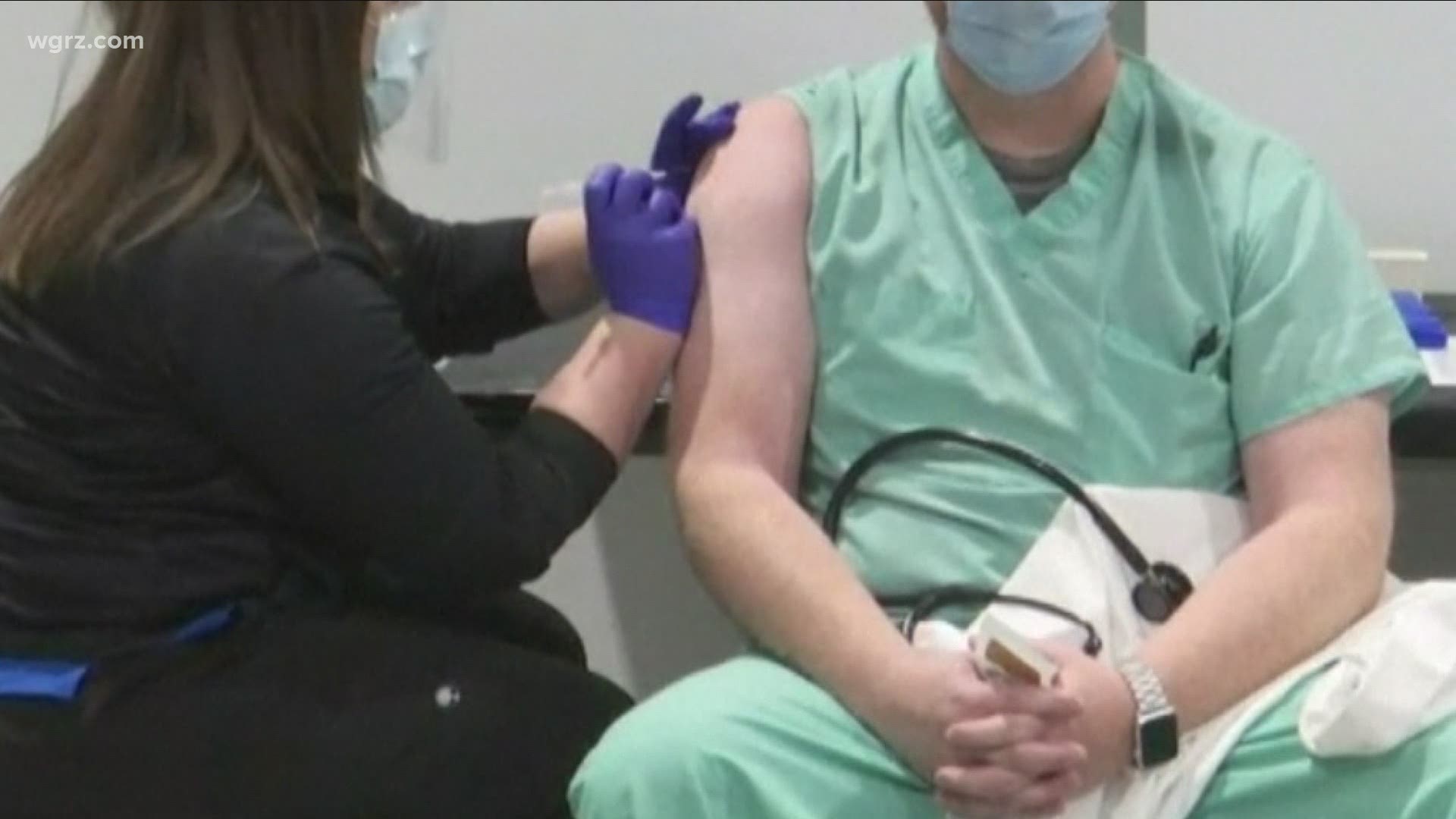 BUFFALO, N.Y. — The rollout of COVID-19 vaccine has been a slow process, both nationally and here in New York State.

In Western New York, for example, only 23 percent of those included in New York's Phase 1a vaccination plan, which is primarily made up of health care workers, have gotten the shot. That's 33,528 workers.

State officials are now talking about a new plan to ramp up vaccination. You can check the state's website to see about eligibility.

State data shows most regions in the state have only vaccinated about a quarter of health care workers and others in the first phase of vaccinations.

"Those numbers are very, very low, and they’re just nowhere near where we need to be," Gov. Andrew Cuomo said.

2 On Your Side spoke to Mark Sullivan, the CEO of Catholic Health, which is the lead on the region's vaccination distribution.

"We are hearing across the region that many people were waiting, not out of fear, but waiting for after the holiday. And the other is what Reverend [Mark] Blue spoke of, just the unknowns about the vaccine," Sullivan said.

The governor had threatened fines of up to $100,000 and the reallocation of unused vaccines at hospitals, which 2 On Your Side asked him about Friday.

Are they reallocating any of those doses?

That new network includes thousands of providers – doctors, pharmacies and county health departments to do vaccinations.

Providers need to make sure their staff is vaccinated first, and on Monday, the state will unveil a website allowing those in Phase 1a and Phase 1b, in the coming days to set up an appointment to get a vaccine.

Phase 1b includes teachers and essential workers such as police officers and firefighters.

"1a, 1b on Monday, you can start to schedule appointments, pharmacies will start coming online some Monday, more on Wednesday," Cuomo said.

"People might be eligible, but that does not mean that there will be a vaccine available to them because this is all based on the supply we get from the federal government," Hochul said.

But, the governor cautions, it will take months to get Phase 1a and Phase 1b done, because the state is getting only getting 300,000 doses per week.

"Fourteen weeks is an eternity of time, but it would take 14 weeks to do 1a and 1b," Cuomo said.

The governor says all nursing homes will be vaccinated with their first dose by the end of next week and he urges agencies who are in Phase 1b to start creating internal vaccination plans.