The MAAC voted to require athletes who want to participate in college sports to get vaccinated for the fall semester. Canisius opposed the mandate. 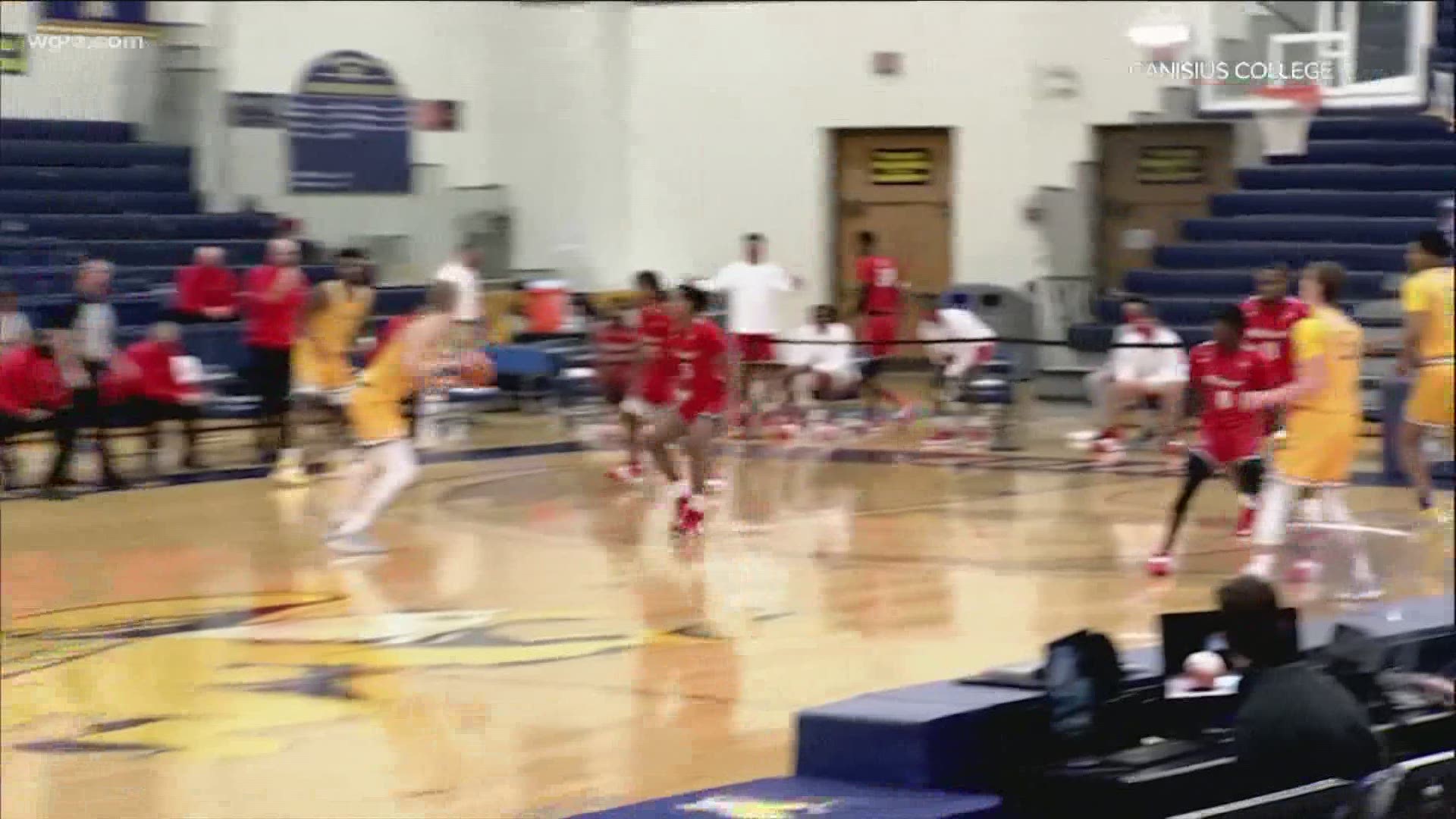 BUFFALO, N.Y. — While there is no vaccine mandate on campus next semester, student athletes at Canisius College will have to be vaccinated if they want to play sports in the fall. An email from the college went out to all students and families on Thursday.

The college strongly recommends that all students get vaccinated, but if you are a student athlete who wants to compete, it's a must.

The Metro Atlantic Athletic Conference, the athletic conference Canisius is in, voted to require vaccines for student athletes. Canisius opposed the mandate.

The Canisius College President wanted to remain consistent because the vaccine is not required for students this fall.

The college did a survey of its student athletes, and about 84 percent of them either were already vaccinated or were planning on being vaccinated. The athletic director of Canisius College told 2 On Your Side on Thursday that the athletic department strongly encourages students to get the vaccine.

"We think that is our best path forward to having a full and complete athletic year, but those students who have not been vaccinated will have the opportunity to do that. If they're in-process, they will be treated just like somebody who was granted a waiver. Until they're fully vaccinated, they'll continue to have to social distance, to mask, they'll continue to have to surveillance test, and test any time before we leave for competition," Canisius College athletic director Bill Maher said.

Maher explained why the college president voted against the vaccine mandate for athletes.

"Because we are not requiring it for our students, and he felt that it being consistent with how we handle things on our campus, that that's where he would cast his vote. Of course, the vote was, or the move was passed, measure was passed, but he felt that it was just to be consistent with what we're doing on our campus that was how he wanted to make sure that his vote was tallied," Maher said.

The MAAC is in the process of coming up with policies for exemptions for athletes in a limited number of cases.

Other programs within the college will also require vaccination including the Physician Assistant Studies Program and medical mission trips for pre-med students.