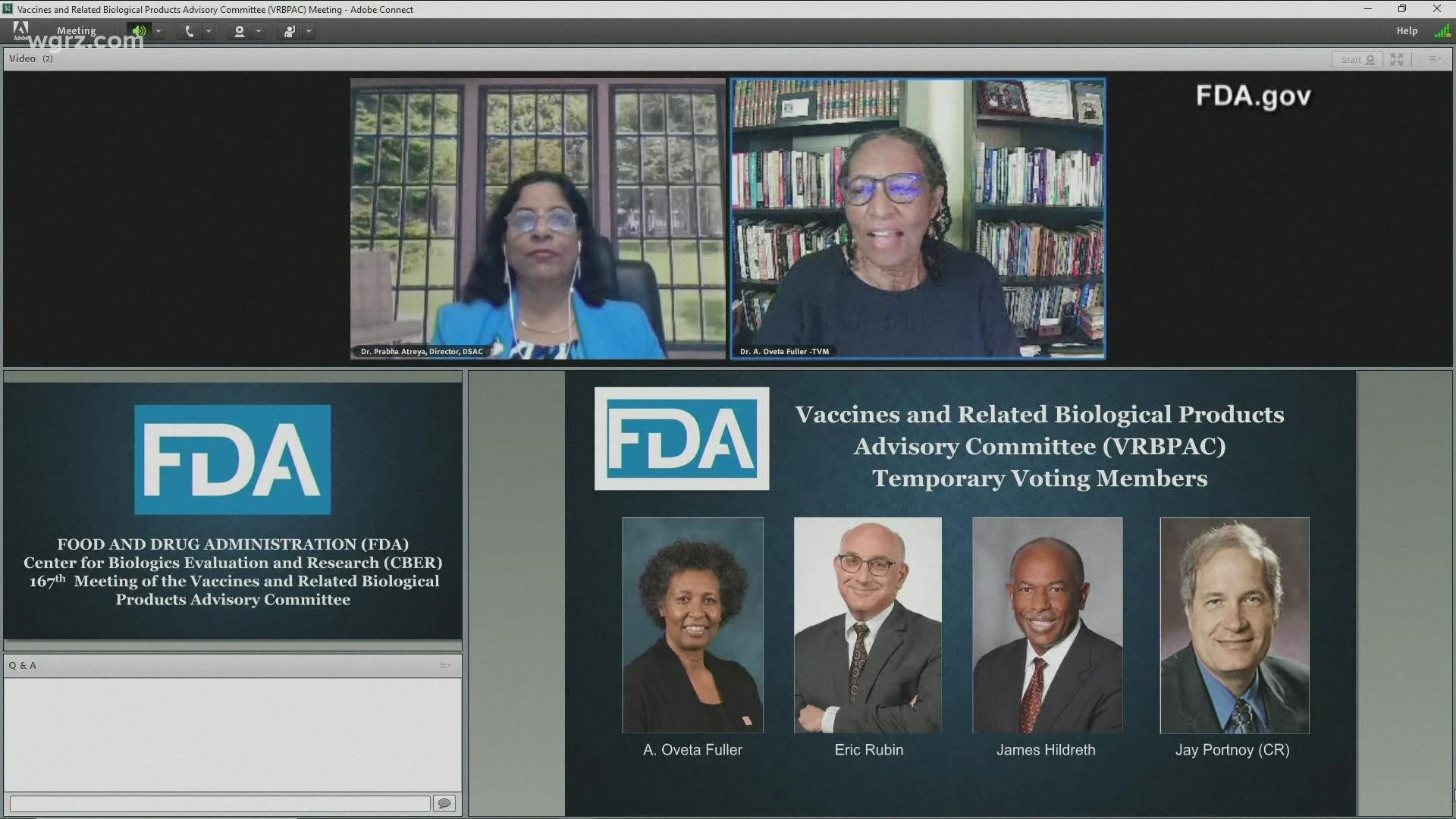 BUFFALO, N.Y. — An independent panel that advises the U.S. Food and Drug Administration voted against giving a third dose of the COVID-19 vaccine to most Americans late Friday, an unexpected announcement after weeks where it seemed like a done deal.

Rather than endorsing a broad booster program for anyone 16 or older, the panel suggested that a more targeted booster program be considered by endorsing shots for those 65 or older and individuals at high risk of severe disease.

"We have an increasing body of data that shows that older individuals, 65 and up might not have the same optimal response to vaccination as younger individuals," said Dr. Thomas Russo, the University at Buffalo's Chief of Infectious Disease.

Dr. Russo told 2 On Your Side shortly after the announcement that he supports the panel's decision. While he said the vaccine remains effective at preventing hospitalization, waning protection in select groups can be improved with a booster shot. Immunocompromised individuals have been eligible to receive a third dose of the vaccine since mid-August.

The panel Friday did not define, who would fall into the potential high-risk category but did discuss boosters for healthcare workers because of who they interact with on a daily basis. Another positive according to Dr. Russo:

The panel's vote is a blow to President Biden's proposal for a sweeping booster program but citing recent data out of Israel published Wednesday in the New England Journal of Medicine and positive numbers from the CDC's latest study on vaccine longevity, which was also released Friday Dr. Russo said science, not politics prevailed.

"I think this shows that the process works, even though we heard there going to be boosters for all, the advisory committee sat down they evaluated the data and they came up with the recommendation," Dr. Russo added.

The full FDA is expected to make its own decision on boosters in the next few days though it usually follows the committee's recommendations, it is not bound by the panel's vote. The CDC has its own vaccine booster meeting set for next Wednesday.