The federal government is requesting new data from more than 600 nursing homes across the state. 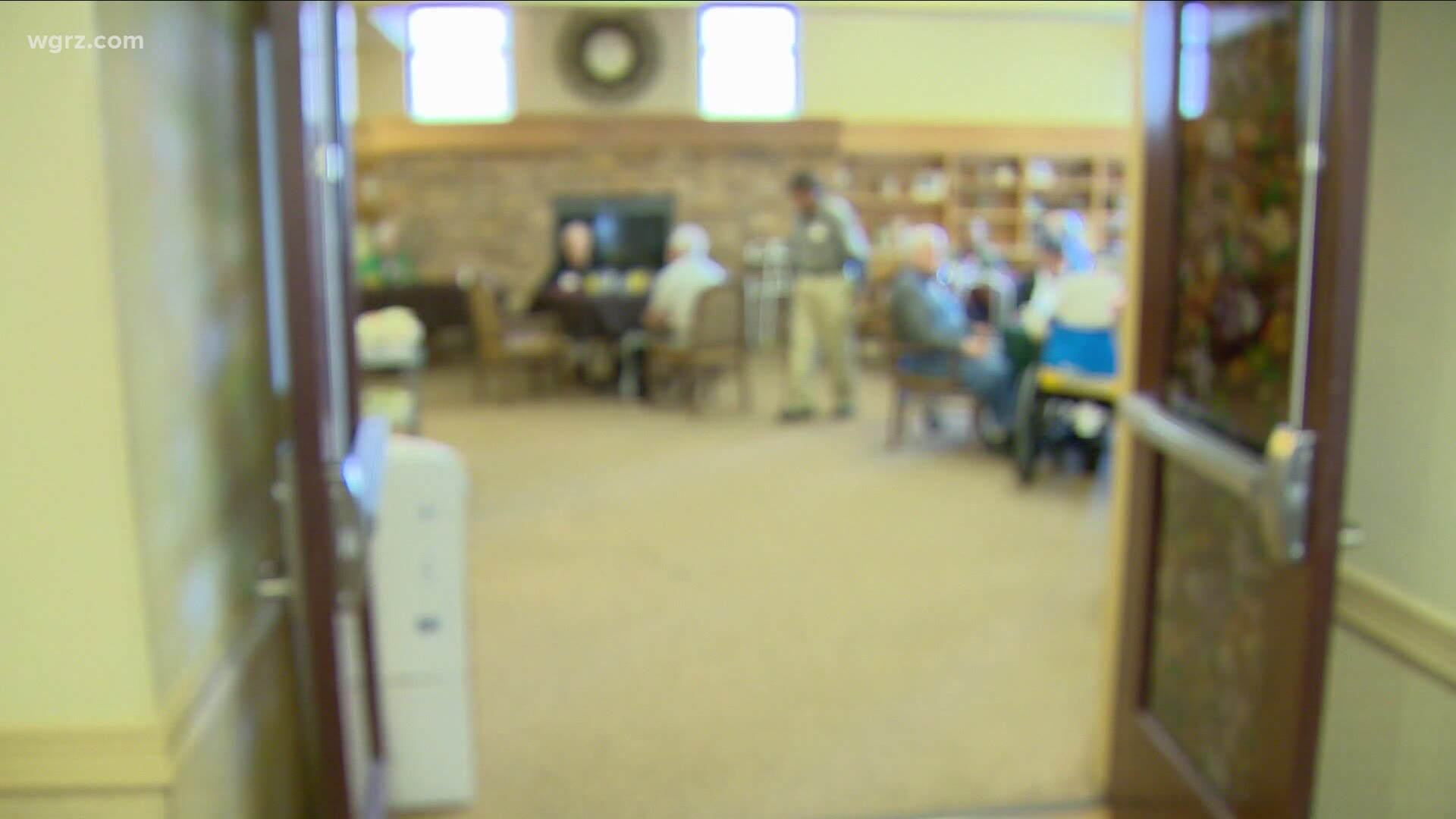 BUFFALO, N.Y. — The Department of Justice has expanded its inquiry into the state's handling of COVID-19 in New York nursing homes, requesting more detailed data on hundreds of private facilities according to The Associated Press.

2 On Your Side has reached out to the U.S. Justice Department to request a copy of the letter reportedly sent to the Governor's Office this week.

The demand ratchets up pressure on Democratic Gov. Andrew Cuomo after months of bipartisan criticism that the state’s official tally of 6,722 dead at long-term care facilities is probably off by thousands, an Associated Press analysis found.

That’s because New York, unlike nearly every other state, counts only residents who died on a nursing home’s property and not those who died after being taken to a hospital.

In a statement, Rich Azzopardi Senior Advisor to Governor Cuomo, called the expanded inquiry, "a Trumped-up election eve scam from a politicized DOJ." As of 5:30 p.m. Thursday he also told 2 On Your Side they hadn't received the letter yet.

On ABC's "The View" the same day, Governor Cuomo also called the expanded request politically motivated by the Trump Administration.

"What a shock that the department of injustice sends a letter a few days before a political election, trying to advance a political theory. I was shocked and amazed that the Trump Administration was capable of such a thing," Cuomo said.

Cuomo, who has generally been praised for flattening the curve in a state hit with a nation-topping 33,400 deaths, has nonetheless faced unrelenting criticism over his handling of nursing homes, particularly a controversial March 25 order that sent thousands of recovering COVID-19 patients from hospitals into nursing homes at the height of the pandemic.

The letter from the Justice Department’s civil rights division asks the state to hand over a breakout of hospital deaths that its health department has been collecting since at least April but not made public. It broadens to more than 600 nursing homes a similar request it made in August that was aimed only at a few dozen publicly run facilities.

Separately, the Justice Department also sent a letter to Democratic Gov. Phil Murphy of New Jersey questioning its nursing home death count and announced it is launching a formal investigation of the state’s veterans' homes after receiving what it described as incomplete answers to an earlier request for data.

The DOJ has requested the new information be sent within 14 days.

This story contains reporting done by the Associated Press.