Unemployment in Western New York, by the numbers

The initial unemployment claims are up 414 percent compared to same week at this time a year ago. 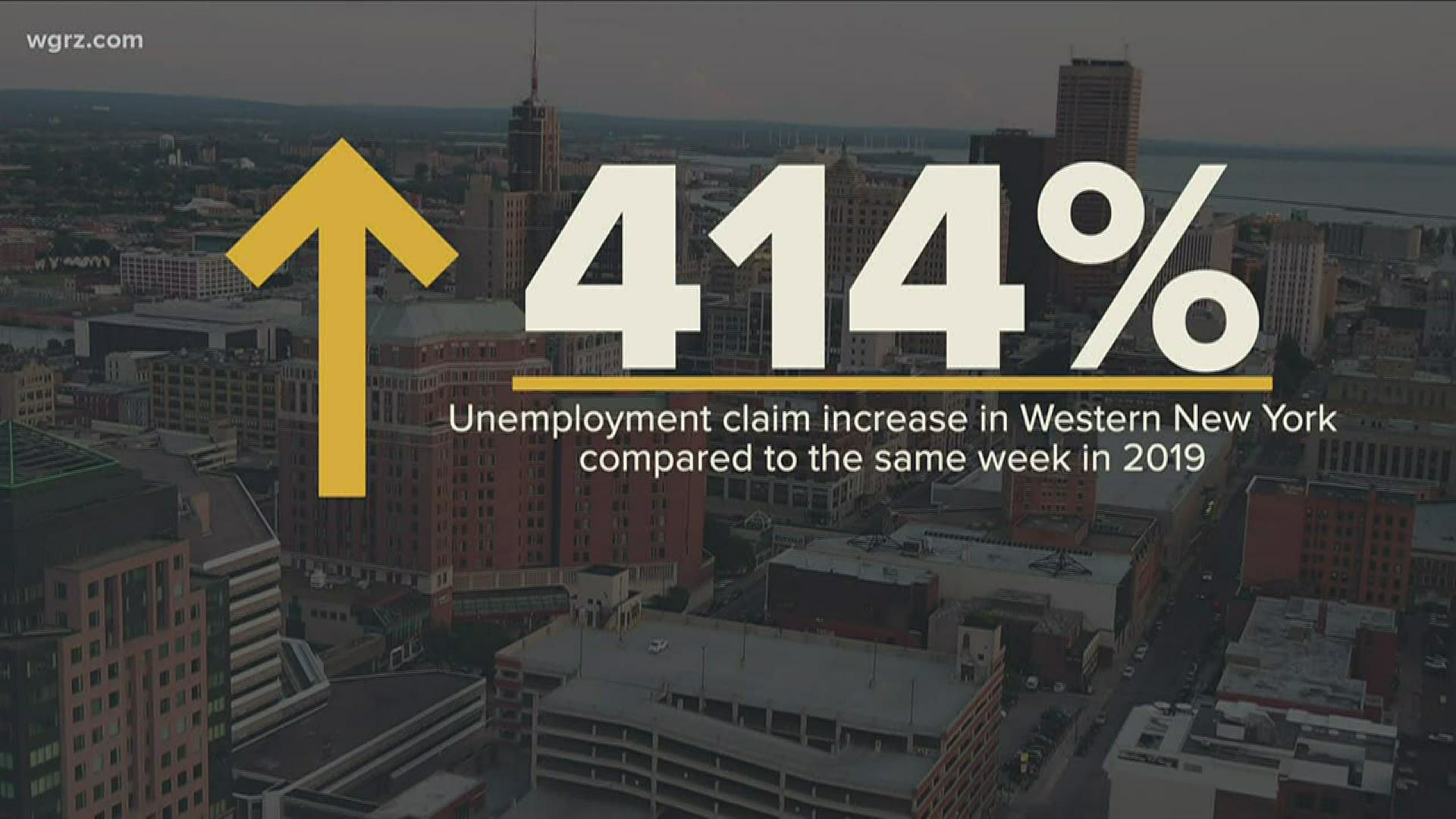 BUFFALO, N.Y. — With the unemployment numbers so high across the country, we wanted to take a closer look at what they are in Western New York.

"The bills keep coming, right? Nobody put the bills on pause. You know, those people still everybody's still sending a bill. So, that's a tremendous pressure on people," Gov. Cuomo said.

Compared to the same week last year, the Western New York region has seen initial unemployment claims increase by 414 percent. While that's huge, it is the second-smallest increase in the state. Central New York saw a jump of nearly 1,200 percent.

Compared to last year, as a region, Western New York's initial claims jumped from around 2,500 for the week ending May 2 in 2019 to more than 13,000 for the same week this year.

The Governor was asked, when will people finally get their benefits? He said every state in the country has seen a huge increase in people applying for unemployment and did not give a timeline.

"That takes a system that was designed to handle hundreds of applications. It now handles thousands of applications. It's overwhelmed, and every state system period. And we have our response rate is far better than most states, even though our population’s far greater," Cuomo said.

On Friday, 2 On Your Side also wanted to take a closer look at the numbers to see which industries have been hit the hardest. The New York State Department of Labor released new numbers showing which industries are losing the most jobs.

While the New York on PAUSE order has been in effect, more than 139,000 Western New Yorkers have filed for unemployment. That's compared to just about 10,000 during that same time last year.

Most of the job losses ended up in the "unclassified" category, but hotels, restaurants, health care and retail jobs have also seen the most losses statewide this week.

So far during this pandemic, more than 336,000 people have lost jobs in the accommodation and food services industries statewide.

"In the last seven weeks, New York has paid out $6.8 billion to 1.6 million people. We're continuing to try to streamline the process. We're adding more bodies. We're throwing literally everything we can at it. And again, none of that matters to people who are still struggling and who are waiting to get money put into the bank. And, we're doing everything we can to try to streamline that," Secretary to the Governor Melissa DeRosa said.

If your unemployment benefit status is pending, it means you have to wait for the New York State Department of Labor to call you to finalize your claim.