The president, announcing more federal aid in his White House briefing, said he wants 'to send a message of support and hope to every senior citizen.' 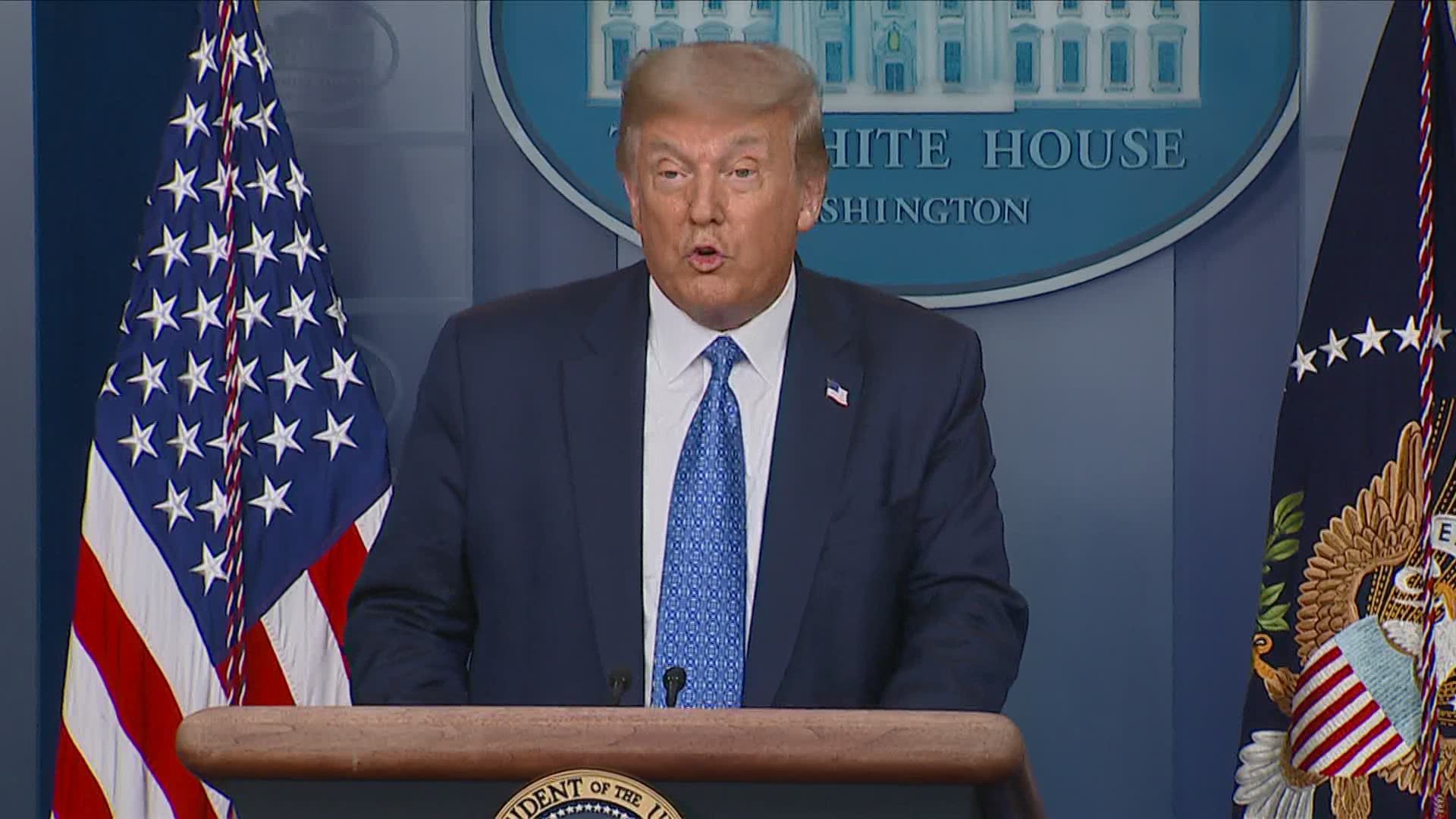 The move follows Democratic presidential candidate Joe Biden's recent unveiling of a family caregiver plan that aims to greatly expand and subsidize alternatives to institutional care for frail older adults. Both men are competing for seniors' votes against a backdrop of eroding political support for Trump among older Americans.

“I want to send a message of support and hope to every senior citizen," Trump said at the White House. “The light is starting to shine and we will get there very quickly.”

The $5 billion announced Wednesday is part of a package, including efforts to facilitate ongoing testing of nursing home staff, providing states a weekly list of facilities with increased COVID-19 cases, and offering additional training and support for the homes.

Advocates and industry have been pressing the administration and Congress for weeks to provide more financial assistance and support for nursing homes. An earlier White House recommendation to test all residents and staff has had mixed results. Nursing homes already have received $4.9 billion from pandemic relief funds approved by Congress.

Experts have testified to Congress that once the coronavirus is spreading within a community, it's just a matter of time before it enters nursing homes. Staffers can unwittingly be the carriers.

Once inside, the virus encounters ideal conditions to propagate among medically frail residents living in close quarters. States like Florida and Arizona now seeing an increase in COVID-19 cases are trying to head off a repeat of high numbers of nursing home deaths earlier in states like New Jersey and Massachusetts.

Elderly housing facilities account for a disproportionately large share of U.S. deaths from COVID-19, more than 37,000 fatalities among nursing home residents according to federal estimates, and more than 57,000 in an ongoing tally by The Associated Press, which also counts other long-term care facilities, and staff as well as residents. Both estimates were updated early this month. The AP's count would represent about 40% of more than 142,000 U.S. deaths. For comparison, nursing home residents account for only about 1% of the U.S. population.

Older people are a key election-year constituency and many have direct experience with nursing homes. Some have experienced a short-term nursing home stay for rehabilitation following a hospitalization, and many have friends and loved ones who are living permanently in such facilities. Many nursing homes have been closed to outside visitors since March.

Two months ago the White House urged governors to test every nursing home resident and staffer within two weeks and then to have staff members retested on a weekly basis. It was a request — much like the president’s push for a return of in-person schooling — that many states shrugged off. Nursing home operators have said the logistics of such testing are enormously complicated and costly.

The Centers for Medicare and Medicaid Services said Wednesday it will now require all nursing homes in states with overall positive testing result of 5% or more to test all staff weekly. Pence said tests will be shipped on a priority basis to where the need is greatest and the goal is to get them all distributed in roughly the next five weeks.

— Report weekly to states on states on “high risk” nursing homes in their jurisdiction that are seeing an increase in COVID-19 cases. The idea is to target inspections and remedial efforts to those facilities.

— Provide additional training and support for all nursing homes on best practices for infection control and strategies to keep the virus out.