Cuomo suggests he might roll back some of the state’s reopenings if violations of executive orders aimed at stopping the spread of coronavirus persist. 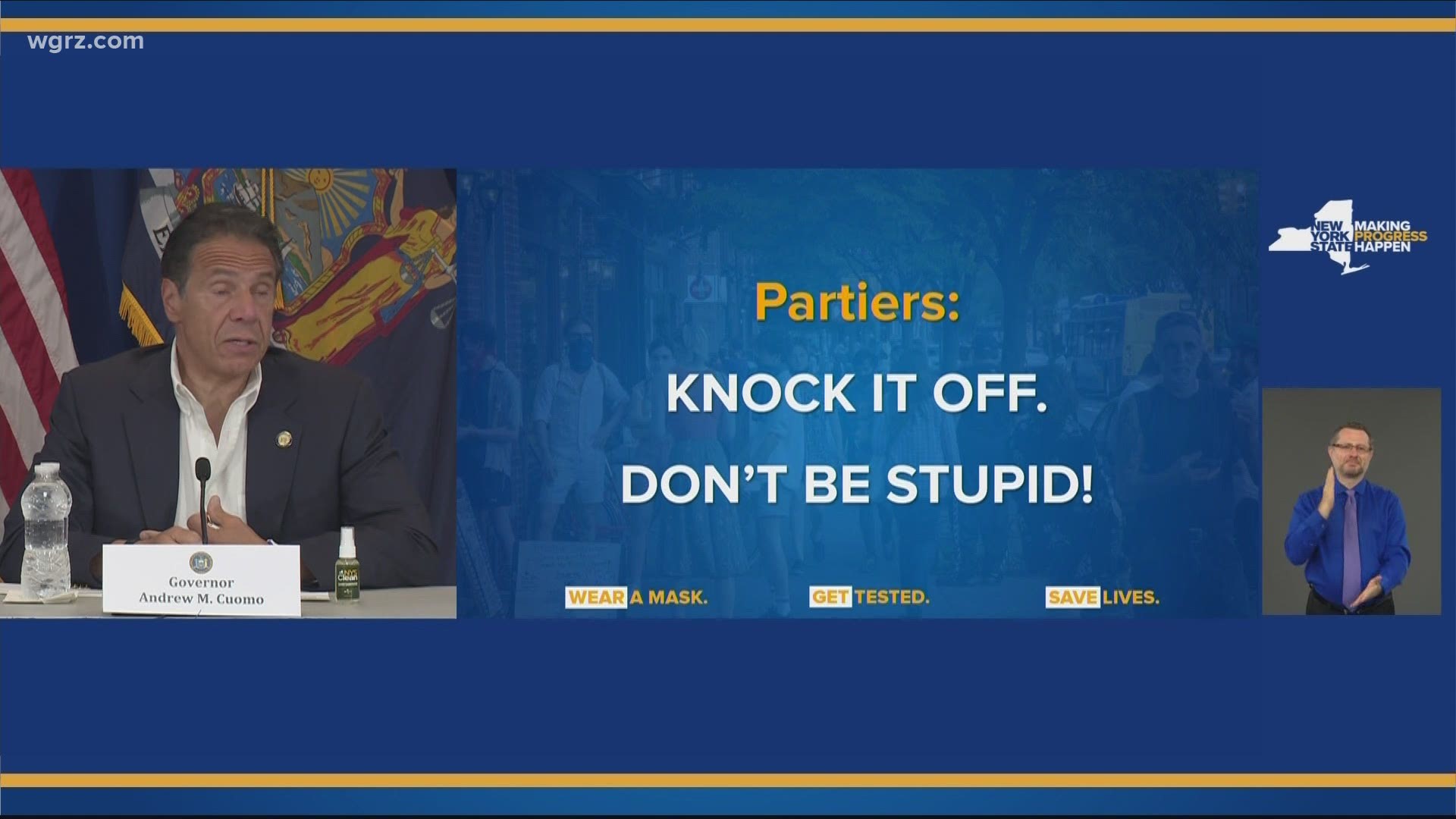 BUFFALO, N.Y. — New York Governor Andrew Cuomo says if he continues to see violations of his executive orders aimed at stopping the spread of coronavirus, he may "roll back" parts of the state's phased reopening.

Cuomo says despite the state's dwindling percentages of positive tests, and low rates of hospitalizations and deaths from coronavirus, the public health protocols on face coverings, social distancing, and the prohibition on large gatherings need to be maintained

The governor made mention of bars in particular, some of which he says have been crowded in defiance of his orders.

The governor also blamed local governments and police for not doing enough to stop it.

A Warning from the Governor

“I'm telling you it has to stop, " the governor said on Monday, sounding much like a father scolding a teenager who stayed out past curfew, when speaking about younger residents of the state defying the directives.

“What they are doing is stupid and reckless for themselves and other people and it has to stop,” Cuomo said.

And much like a parent who might threaten to ground a child who refuses to obey their rules, Cuomo is warning that he might revoke the privileges he only recently granted to bar and restaurant owners in reopening.

Cuomo also warned local governments that they will have to answer for his decision if it comes to that.

“You are going to have to explain to the people why we had to close all bars and restaurants…the local governments are not doing their jobs,” Cuomo said.

“We want to do a good job, but it's almost impossible to enforce everything," said Brian Kulpa, supervisor of the Town of Amherst, which is the largest town in Western New York.

In Erie County, enforcement of the rules at bars and restaurants mostly falls to the county’s health department, which has cited several establishments for violating the rules.

Likewise, New York State has considerable powers which it can exercise over several other types of businesses under the licenses it grants to operators.

Local governments are somewhat more limited and Kulpa says Amherst has tried to exert what authority it can.

For example, town sponsored recreation leagues had to produce plans for submission to the town to make sure their activities complied with the state’s rules. Further, they had to sign an agreement with the town to abide by those rules, and Kulpa confirms that there have been cases where warnings have been issued when it appears the rules were not being followed.

“It’s not something we love to have to do," Kulpa told WGRZ-TV.

The town also patrols its parks and other public spaces to be on the lookout for large gatherings. But like many other mandates historically passed down from the state to local governments, these came without additional resources.

That means that when there are large gatherings reported to the town, which the governor expects the town to police, the response may not involve police at all… but a code enforcement officer or another town official instead.

Moreover, Kulpa believes it will be most incumbent on individual residents to comply with the mandates. But he also recognizes the challenge that presents.

"It’s a stress and a discipline we haven't had to exercise as a community or as individuals before,” he said. 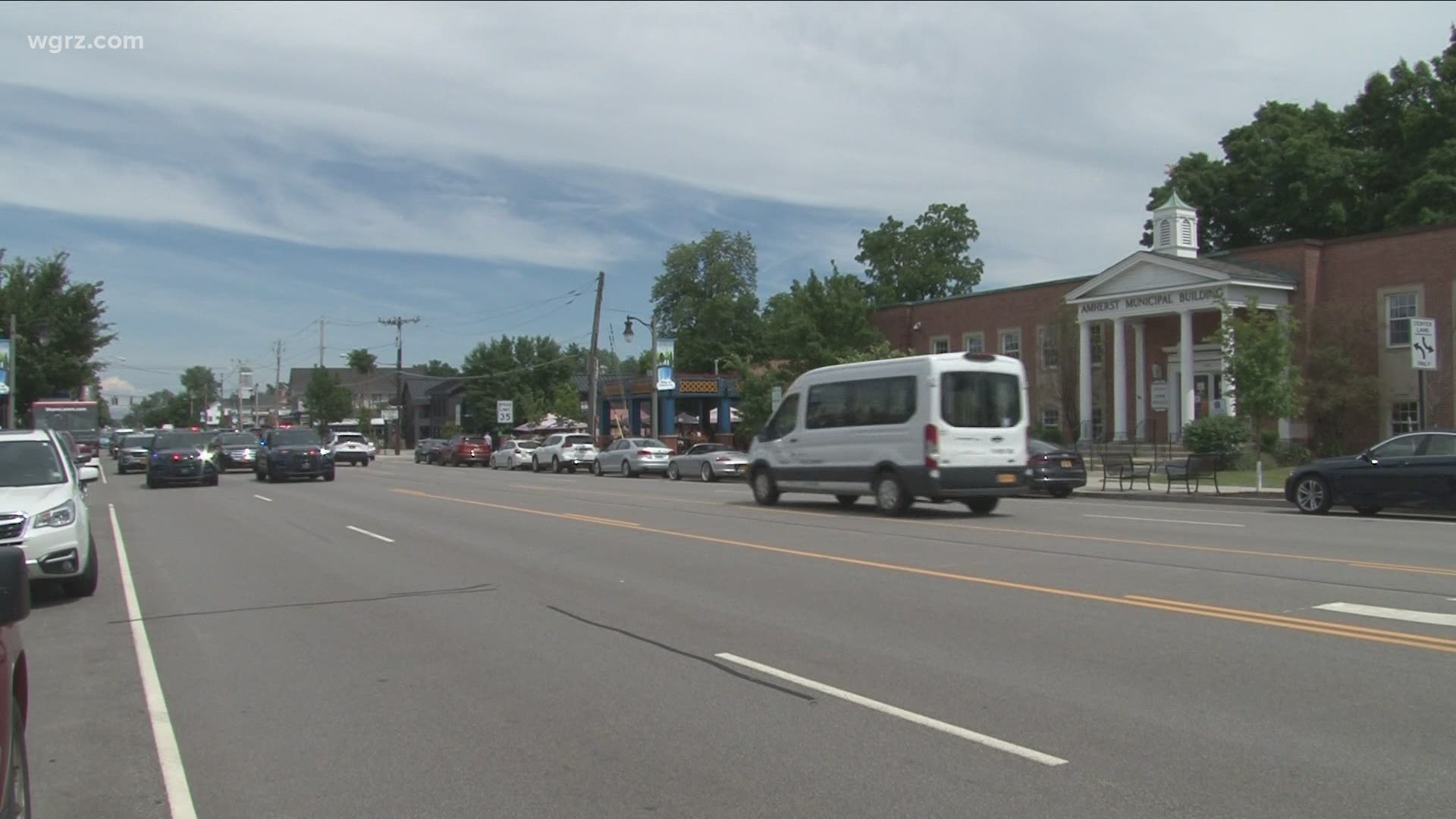 Cuomo: Local Police Failing to do Their Jobs

Since he issued his executive order in April requiring face coverings be worn in public wherever social distancing can't be maintained, many viewers have contacted us to say that when they reported someone to the police for not doing so, a common response was that police couldn't do anything about it without a duly enacted, actual section of law or statute to cite someone.

Several local police departments have told us the same thing.

“That’s still true to this day,” said Erie County District Attorney John Flynn, despite a modification to the order made last week, which appears to empower police to enforce the regulations as violations of public health laws.

According to Flynn, while police may be called to assist health officials in enforcing the law, particularly a non-compliant business, unless the state legislature enacts a law then in Erie County at least, “no individual will be charged” for not wearing a mask.

“If you read the executive order, what is a cop supposed to do? Carry a tape measure to see if someone who doesn’t wear a mask is within six feet of someone? It’s impractical,” Flynn said. 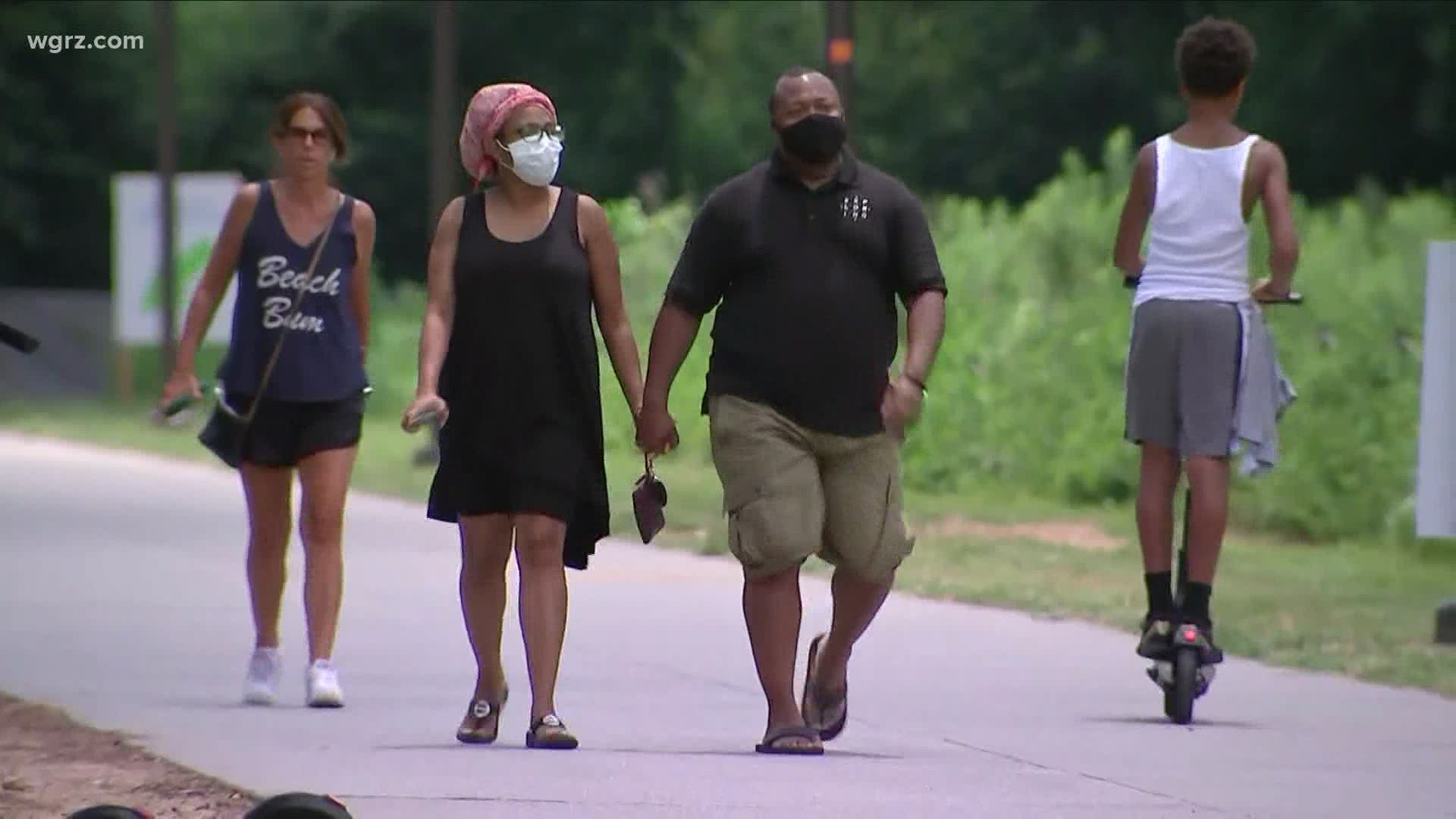 RELATED: The Stage temporarily shut down by the Erie County Department of Health