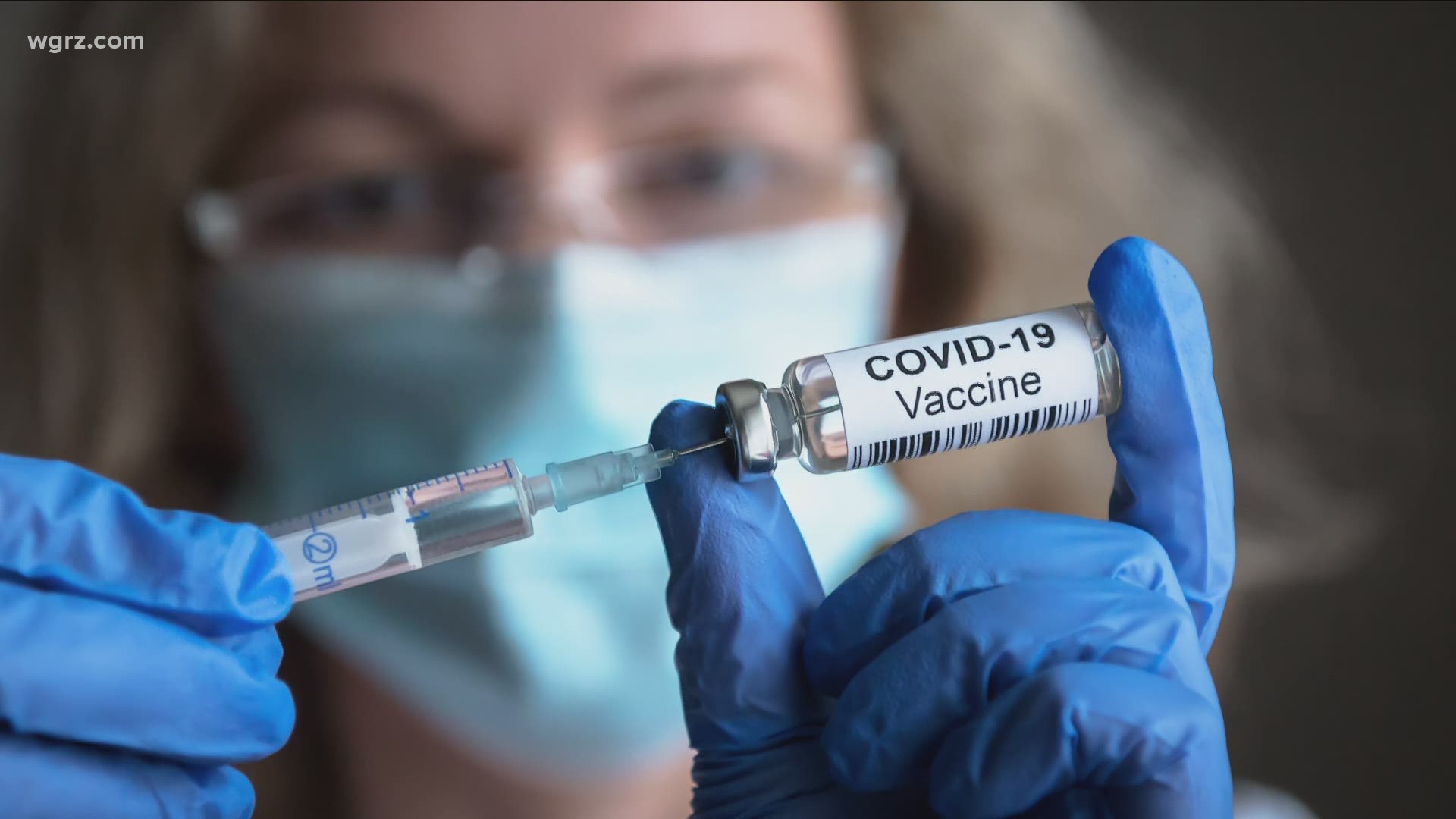 BUFFALO, N.Y. — Questions still swirl around New York State's vaccine distribution plan which has been labeled as "clunky and disjointed" by even some Democratic state lawmakers. And trying to get county-specific distribution info from the state has been a challenge for us here at WGRZ and we wanted to find out why.

In addition, a Republican lawmaker in Western New York is raising another interesting point. Some claim New York State just pushed to the side a previously developed vaccine distribution model involving counties that apparently worked for a previous serious flu outbreak.

State Senator Patrick Gallivan is a member of the State Senate's Health Committee. And while he is not a doctor or infectious disease expert he does have an idea as to why the state's vaccine rollout is not working as well as it should. And others may agree.

Gallivan realizes the vaccine supply problem traces back to the federal government and may be improved with the new administration. He also feels Governor Andrew Cuomo's administration has tried to be efficient and has been communicating with state lawmakers.

But while the Republican lawmaker says he does not want to engage in finger pointing with the Democratic governor, he constantly questions the state centralized COVID policies and Cuomo's executive orders to run everything. As Gallivan puts it, "Our system was not designed for one individual to control everything, to have every idea, and to implement everything."

He brings up the H1N1 swine flu CDC described pandemic of 2009 - 2010, which was obviously a far less serious and less deadly flu outbreak. But Gallivan says counties back then were given a task.

"They were all required to develop a mass vaccination plan county by county," Gallivan said. "And I know all counties including Erie County put the plan in place, practiced it, and had it on the shelf in case we confronted something like this."

However as a December 23rd article in the Albany Times Union points out, Governor Cuomo went a different way using hospitals and even state operated vaccination clinics. The approach was questioned by some Capital Region county officials in the article. And indeed now Erie County and other local counties must keep cancelling their vaccination clinics citing shortages from the state.

Cuomo adviser Gareth Rhodes, who is a member of the governor's COVID 19 Response Task Force replied in that article that the state's new regional approach is better with its centralized IT vendor to keep track of vaccine distribution instead of 62 counties reporting separately to the state. Rhodes also was quoted as saying, "There has to be a real statewide coordination here, which is what we're doing. It's just a completely different level of coordination and logistics than a lot of people were expecting. And that is why we are doing the planning the way we are, which is on a regional level."

Rhodes also stressed that the state is consulting and involving county health departments in their planning.

But that "regional level" focus perhaps also explains why we here at WGRZ so far are not getting specific county stats and other information from the state on vaccine distribution to share with you.

Gallivan sums it up this way, "I hope they will listen to experts and adapt as necessary and that would also include getting information out to the public so the public is not confused."