Rising cases in Cattaraugus and Allegany counties have prompted warnings from the governor's office. 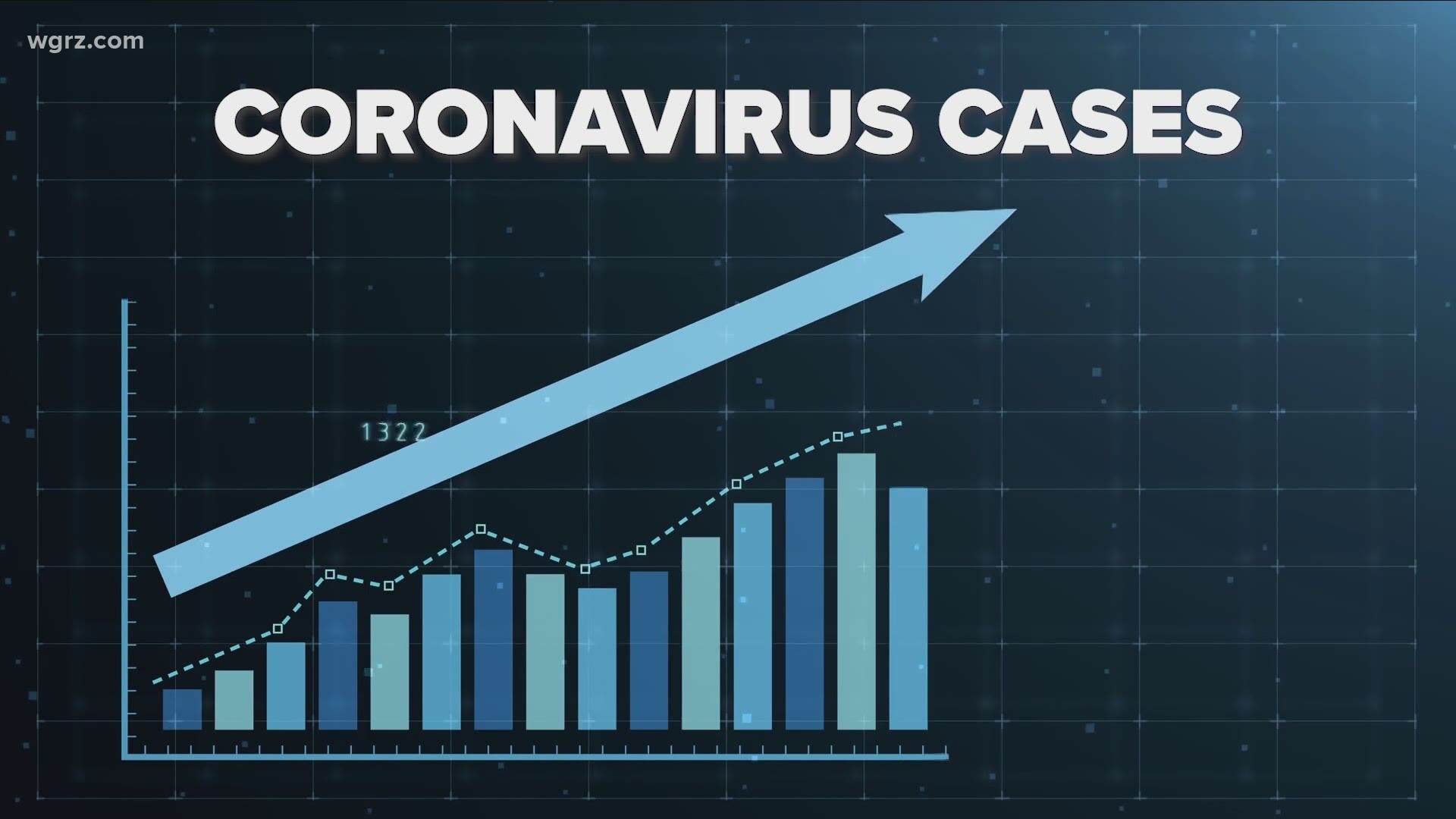 CATTARAUGUS COUNTY, N.Y. — New York State is getting involved as some parts of the Southern Tier see higher than usual positive COVID-19 cases.

Cattaraugus County Health Director Kevin Watkins told 2 On Your Side Thursday, the governor's office will be sending state testing crews to the region Monday.

This targeted testing was mentioned Sunday during a conference call with Governor Cuomo and his staff but specifics were not provided.

While the state has not confirmed the plans, Watkins said as of late Thursday evening the plan is to set up a drive-thru COVID-19 testing site at the Town of Allegany fire hall. Testing will be available from 9:00 a.m. to 5:00 p.m. to all Cattaraugus County residents Monday through Saturday he said.

"We're hoping to have as many people tested as we can, so we can get a better idea of where these new cases are coming from," Watkins said.

Similar testing is expected in Allegany County as well as discussed during Sunday's conference call. 2 On Your Side reached out to the Allegany County Health Department after-hours Thursday hoping to get those details if available.

#NEW: Cattaraugus Co. Health Director Kevin Watkins, M.D. confirms the governor's office will be sending a team to set up drive-thru #COVID19 testing at the Allegany fire hall starting Monday. The testing will be open 9-5 Monday through Saturday for Catt. Co. residents. @WGRZ

The Allegany County Health Department alerted the public Thursday to a cluster of COVID-19 cases at the Houghton Rehabilitation and Nursing Center.

They report positive cases among 27 residents and 3 staff members. Sadly, two of those residents, an 86-year-old woman, and a 71-year-old man, died from the virus according to the health department.

Contact tracing to notify those who may have been exposed is underway.

“Houghton Rehabilitation and Nursing Center has been very cooperative in helping us identify and trace contacts for these 30 people.  They are also assisting the New York State Department of Health with their in-house investigative process because the State oversees all COVID-19 cases in healthcare facilities throughout the state,” said Tyler Shaw, Deputy Public Health Director for the Allegany County Department of Health.

When you total all active COVID-19 cases in WNY's 3 Southern Tier counties, Chautauqua, Cattaraugus, and Allegany counties it accounts for 18.8% of all cases seen in the region since reporting began in the spring.

When you consider these cases have only come up over the past several weeks as opposed to several months, health leaders say they're concerned.

"We have really have been hovering around 3 or 4 cases a day until the last two or three weeks where we have had 19 in one day and then yesterday we had 16. We are concerned about this increase in cases we are seeing, mainly because we are seeing an increase in hospitalization and we've also noticed an increase in our mortality rate as well," Cattaraugus County Health Director Kevin Watkins added.

He said, "COVID Fatigue" has likely played a role. After several months of social distancing, mask-wearing, and other abiding by other health guidelines people are tired, but as shown by recent increases Watkins reminds people it's important to not give in.