Son makes special tribute to father who died of COVID-19

John Pijanowski grew up in Buffalo and now lives in Arkansas. His father Donald Pijanowski passed away on April 1. 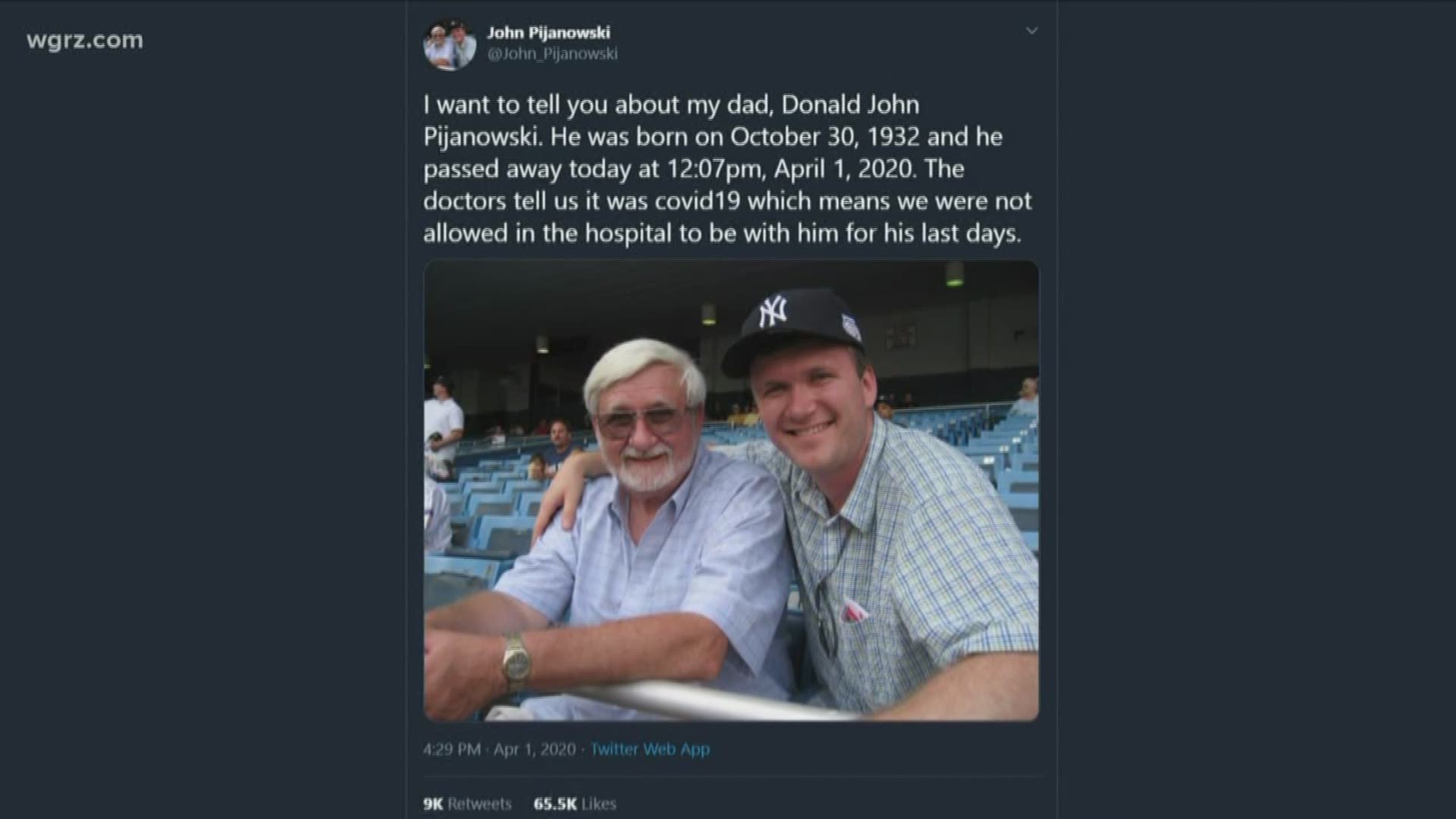 BUFFALO, N.Y. — On April 1, it was at Sisters Hospital Donald Pijanowski, 81, took his last breath. He was diagnosed with COVID-19 just three days before.

His son John Pijanowski tells 2 On Your Side that Donald Pijanowski never had any buildings named after him and he leaves behind no fortune, but what he does leave behind is his story.

"Since we couldn't be there, we asked the nurse to tell our dad that we loved him," John Pijanowski said.

John Pijanowski shared his father's story in a touching tribute on Twitter capturing the attention of thousands.

Donald Pijanowski was born in October 1932 during the Great Depression.

He grew up in a blue collar family here in Buffalo and would take on several blue collar jobs himself over the years, from wiring and painting houses to eventually becoming a service technician at Joy Manufacturing.

In addition to being a hard worker, Donald Pijanowski loved his four sons, grandchildren and wife Kate, who died in 2007, with his whole heart.

"As long as he lived in a world where he was able to convince that woman to marry him, he was okay," John Pijanowski said.

At 6 feet 3 inches tall, the strong, Buffalo-loving man that was Donald Pijanowski was none other than a gentle soul.

John Pijanowski says his dad taught him to enjoy all of life's little moments. Such as when the two went on a road trip from Houston to Los Angeles.

"It's a simple memory," he said. "It's just chatting and enjoying the scenery and nothing amazing happened but it tells you the kind of guy he was that his first thought when he had a big road trip was I'm going to go grab my kid and we're going to go do this together."

John says he hopes other people hearing his dad's story remember to appreciate the little things too. During this pandemic, he says that means doing what Buffalonians do best and checking on their neighbors.

RELATED: You can now adopt a pet curbside with the SPCA