'Supply and demand is out of kilter. That's essentially what we're seeing,' said Jack Ampuja, the president of Supply Chain Optimizers. 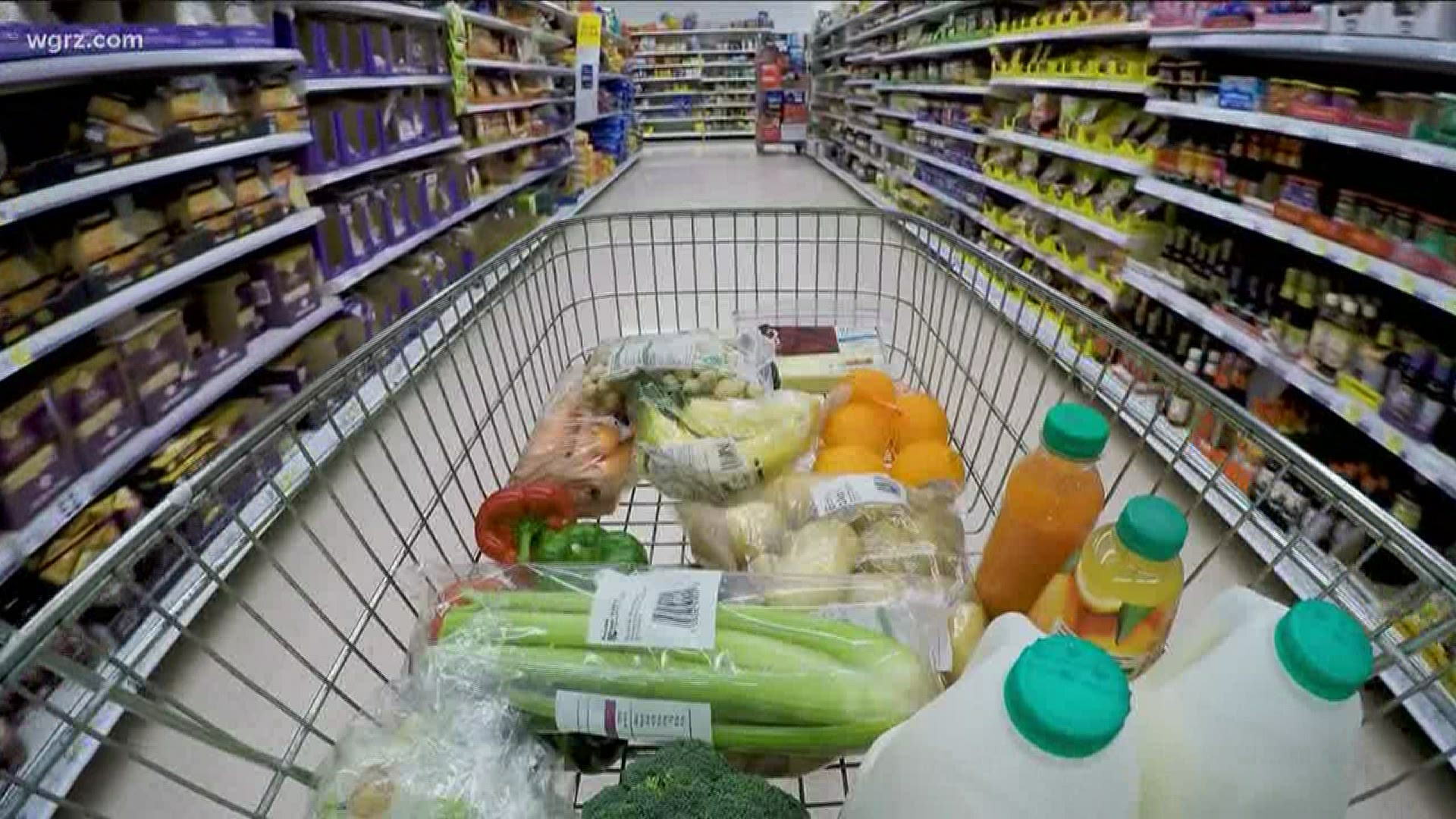 BUFFALO, New York — According to the U.S. Bureau of Labor Statistics, "The food index increased 1.5 percent in April following a 0.3 percent increase in March. The food at home index increased sharply in April, rising 2.6 percent. The increase was broad-based, with all six major grocery store food groups increasing at least 1.5 percent over the month."

The index for meats, poultry, fish and eggs increased the most, with the cost of eggs alone up 16.1 percent.

"Supply and demand is out of kilter. That's essentially what we're seeing," said Jack Ampuja, the president of the consulting firm Supply Chain Optimizers.

Ampuja explained, "Roughly half of our food products come through the retail channel. The other half go through restaurants and foodservice operations like universities and hospitals. Most of that food service stuff has fallen by the wayside. It's put a lot of pressure on retail and that's essentially the cause of what we're seeing and feeling."

The Wegmans Family sent out a letter to customers saying in part, "As grocers, we have experienced more change in the past two months than we have in the last 50 years. Not just the changes you see in our stores, but those that go unseen, as well. There is not a part of the food supply chain that has gone unaffected."

The letter went on to say, "In addition to an increase in operating costs, we are seeing an increase in product costs in supply-challenged areas, such as meat. For these reasons, retail prices on certain items in our stores will fluctuate in response."

So when can we expect to see prices normalize in grocery stores across the board?

Ampuja told 2 on Your Side, "As the states begin to open up then food will start to flow along normal channels and things will sort of get back to normal but it won't happen in a day or two. More like a month or two."

However, Ampuja explained while some prices are up, others are down. So his advice is to shop smart and stay calm.

"Number one, avoid the hoarding. Buy stuff that you need. Number two, look at things that maybe aren't spiking in price," Ampuja said.

He added, "Most people are intelligent shoppers. If the price goes up, they shy away from that product. Look towards the things that are on discount, more plentiful and the situation will correct itself if people shop smartly."