Remainder of Shakespeare in the Park season canceled

Online Guest Art Series will fill the void and include discussions of all things Bard related. 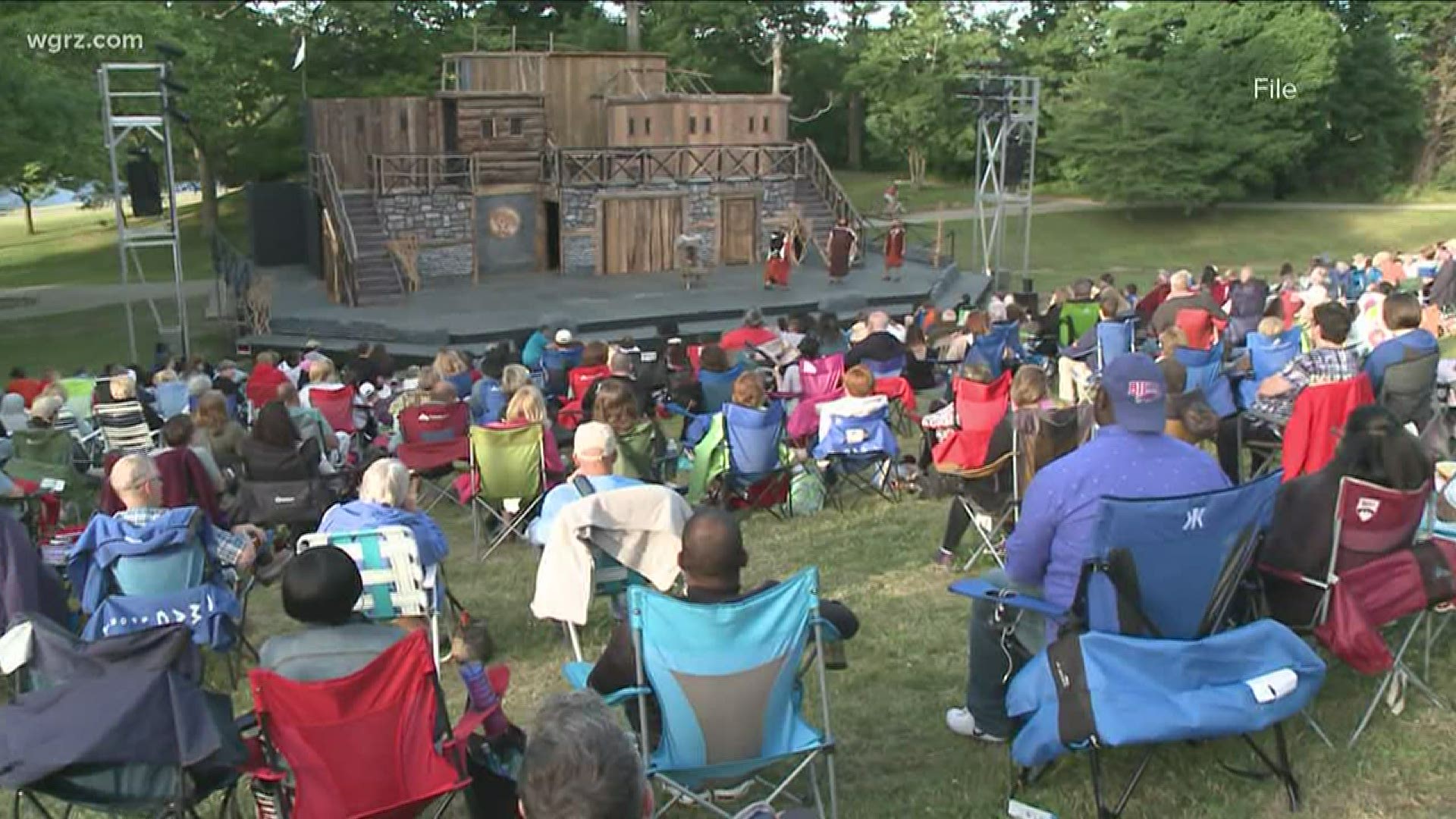 BUFFALO, N.Y. — For 45 years, Shakespeare lovers and those just wanting to enjoy the outdoors and be entertained have headed to the hill at Delaware Park every summer to see the best of the Bard. Sadly, the rest of the season has now been canceled due to the coronavirus pandemic.

Shakespeare in Delaware Park (SDP) made the announcement in April the first production, "As You Like It" would not take place. Tuesday, the second performance of the season, "A MidSummer Night's Dream" was also canceled.

To fill the void, the team at SDP is working on what they call their "Intermezzo" season. It's their way of trying to bring the hill to your home through increased online engagement to include, among other things, a Guest Artist Series.

Coming to an Olmsted park near you is a touring, socially-distanced Shakespeare show. Organizers are working with park officials to bring the 45-minute, four-actor traveling productions to select locations.

They hope to begin productions in late August.