A growing number of lawmakers from Cuomo's own party are criticizing his handling of nursing homes during the pandemic and talking of removing his emergency powers. 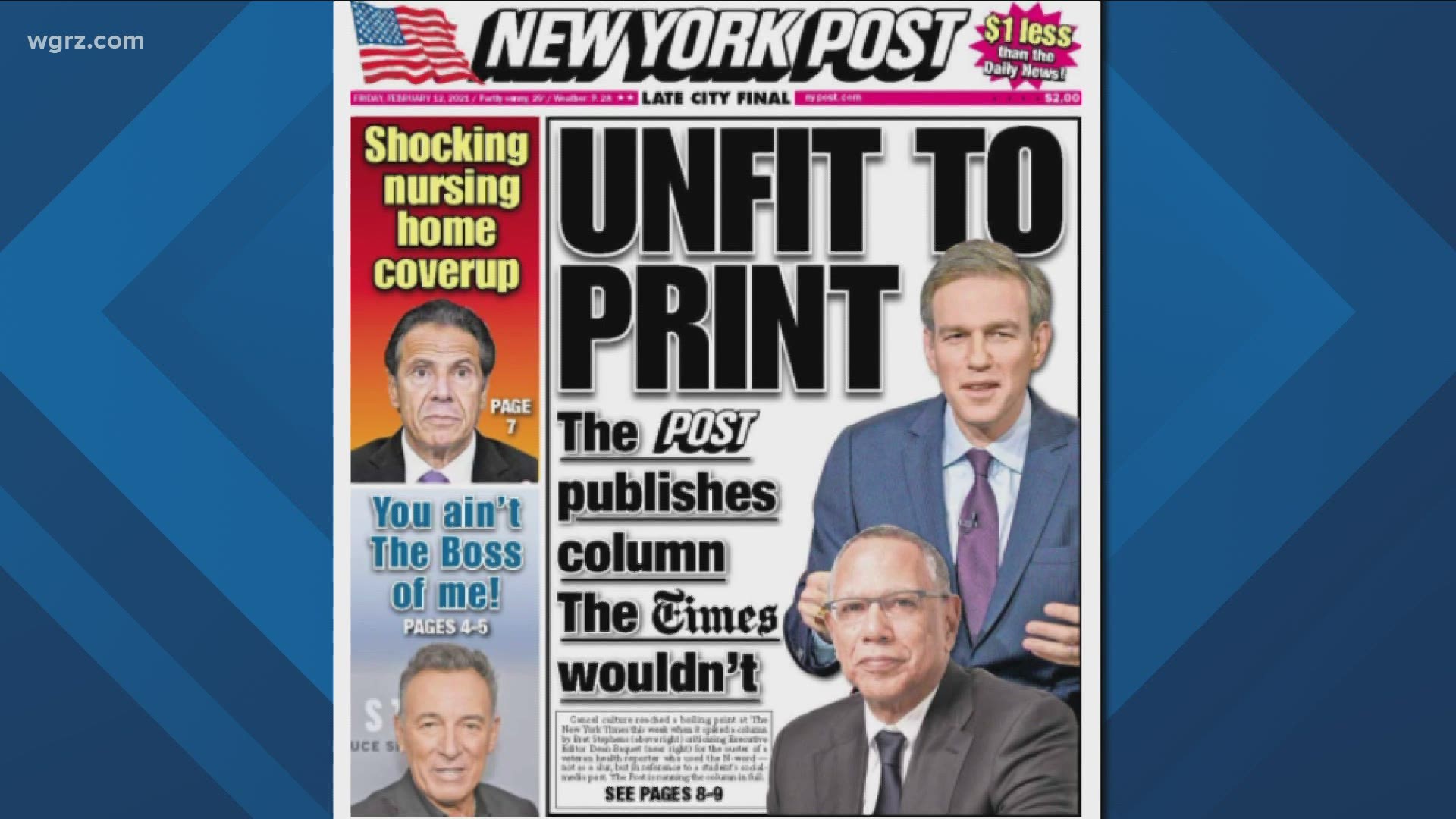 ALBANY, N.Y. — The Secretary to New York Gov. Andrew Cuomo, Melissa DeRosa, has released a statement regarding her comments made during a Zoom conference call with state legislators about nursing home deaths.

Her statement comes following an article by the New York Post that claimed DeRosa admitted they hid nursing home data so feds wouldn’t find out.

DeRosa issued a statement via email Friday from the Governor's Press Office: 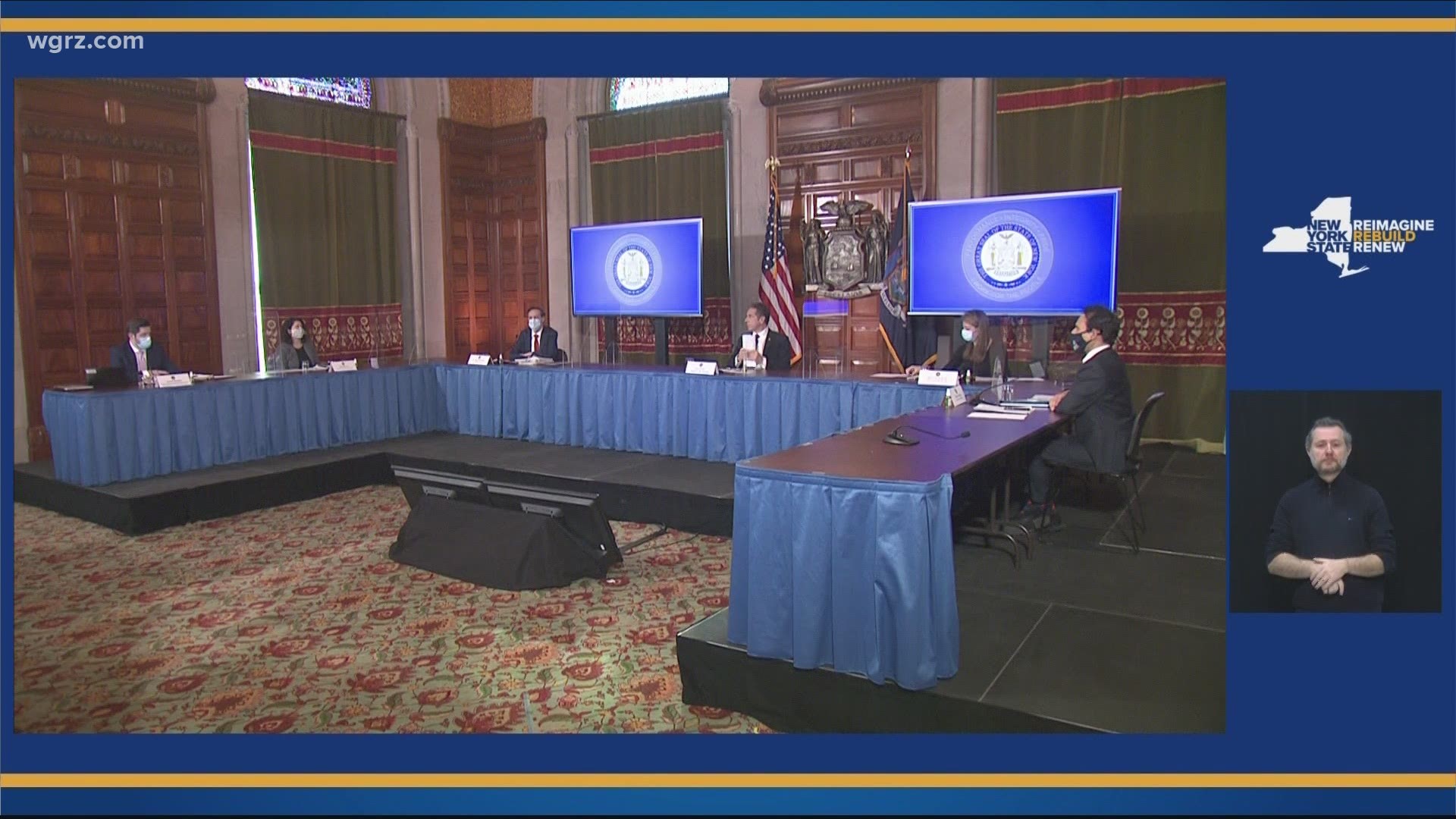 Also released by the Governor's office was a timeline of events leading up to the DOJ's inquiry to Democratic governors regarding nursing home deaths.

There has been swift and palpable fallout as a result of the NY Post Article.

On Friday, 14 Democratic state senators joined a Republican-led effort for the legislature to rescind the substantial emergency powers lawmakers handed to the governor last spring at the onset of the pandemic, calling "for a repeal of the Governor's authority to issue unilateral directives."

State Senator Sean Ryan, a Democrat from Buffalo, stopped just short of saying that should happen, but in a statement said: "The withholding of vital information regarding nursing homes deaths is unacceptable. The Governor’s Department of Health has failed a critical test for transparency. The information we have learned in the last 24 hours is troubling." 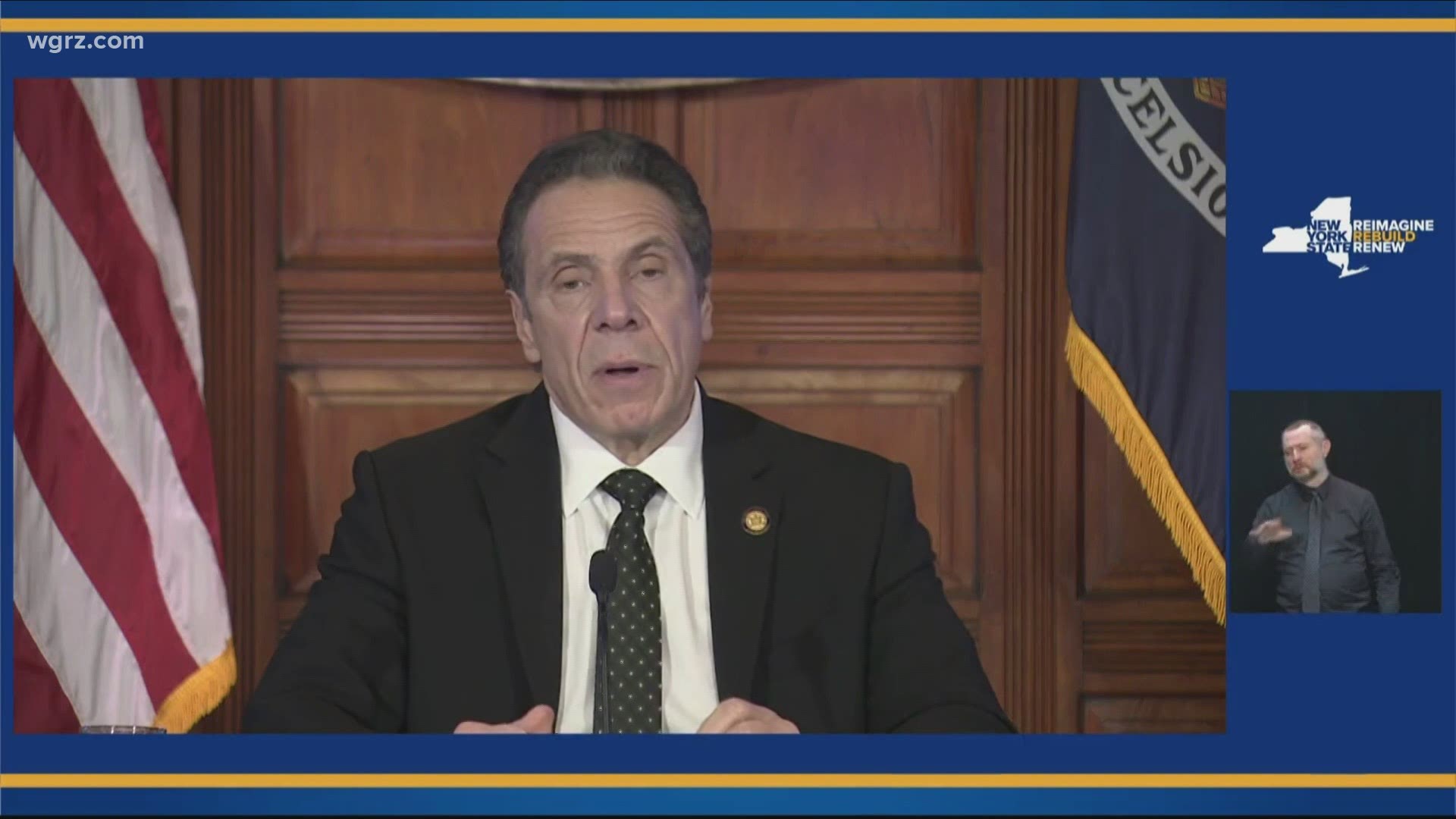 However, democratic Assemblywoman Monica Wallace says the time for the legislature to rescind those powers is now.

"Like so many New Yorkers, I’m outraged. Public officials have an obligation to be honest and truthful with the public at all times, even if the information is unfavorable," Wallace wrote in a statement.

"By hiding information as it unfolded, we risked making things worse and put people's lives in jeopardy. That's unacceptable. It's time revoke the emergency powers of the Governor. And we must put laws and procedures in place to make sure this never happens again. That’s why I’m co-sponsoring legislation to do just that.”

The Governor's office also released a transcript of DeRosa's remarks to lawmakers during that Zoom conference call:

Senator Skoufis: Commissioner, I'm speaking more generally than just that one question. The Senate letter that we sent had, I think, 17 questions. I think there was an Assembly letter with many questions. So, yes, there is a question of what the data and the audit, and you're not going to convince me that you could not have done this audit faster than 6 months' time. I believe you started the audit a few weeks ago when this all started to bubble over.  But I'm speaking more generally than just the nursing home death question.

Melissa DeRosa: Senator, I can take this question. I don't know that this is going to satisfy you, but it's the truth and the truth works almost every time. The letter comes in at the end of August and right around the same time, President Trump turns this into a giant political football. He starts tweeting that we killed everyone in nursing homes, he starts going after Murphy, starts going after Newsom, starts going after Gretchen Whitmer.

He directs the Department of Justice to do an investigation into us. He finds one person at DOJ, who since has been fired because this person is now known to be a political hack, who sends letters out to all of these different governors. And basically, we froze, because then we were in a position where we weren't sure if what we were going to give to the Department of Justice or what we give to you guys, what we start saying was going to be used against us while we weren't sure if there was going to be an investigation.

That played a very large role into this. We went to the leaders and we said to the leaders, can we please pause on getting back to everybody until we get through this period and we know what's what with the DOJ. We since have come through that period. All signs point to, they are not looking at this. They dropped it. They never formally opened an investigation. They sent a letter asking a number of questions and then we satisfied those questions and it appears that they're gone. But that was how it was happening back in August.

In the intervening period, the second wave happened. The vaccine rollout started and all of our attention shifted elsewhere. And I know that's not the answer you want to hear and you guys should be the only priority that we have as we're moving through this -

Senator Skoufis: I'm not suggesting that —

Melissa DeRosa: No, no, no - I'm sorry, I didn't mean that to be snarky. I'm saying this sincerely - and I've communicated this to Shontell and Louann - I want to make you guys more a partnership. I want to answer your questions on a rolling basis. I offered to do something weekly or bi-weekly so you guys get questions on a more often time and we can have a candid conversation where it doesn't feel like everyone is sniping at each other through the press and it isn't really about the policy and it isn't really about the information, it's about this political back and forth.

So, that is what happened. On the audit, I mean, now that I am knee deep in this and I understand all of this. On April 17, and we don't need to get too far on a tangent, but just so you guys understand part of all this. On April 17, DOH sent out a notification to all of the nursing homes it regulates and says prospectively, tell us anyone that died in the facility, anyone you think died of COVID in the facility - like presumed, but presumed has a medical context and definition - but just saying presumed. And the nursing homes took that to mean I'm going to look backward and guess, essentially, that you believe was confirmed COVID in a hospital and that you think was presumed in a hospital.

All of a sudden, at the end of April, you get a massive data dump from 600 nursing homes where they're reporting back to January and saying presumed COVID. And DOH, in the middle of what was still the height of the pandemic, while we were scrambling on a daily basis to make sure that hospitals weren't overwhelmed and collapsing, when we were trying to make sure that people were getting the care that they needed, when we were still making major decisions about what sectors of the economy would be safe to reopen or close, when there was still massive PPE shortages and while we were being shot at on a daily basis from Donald Trump - that we needed to go through these reams of data. It's 14,000 people. Then it wasn't 14,000, it was like 6,000 or whatever the number was.

And none of it was reliable. It was based on initials. It was based on the data that they thought they died in the hospital because they didn't know for sure. It was based on co-morbidities that the list of the co-morbidities are pneumonia, cancer, HIV/AIDS - all these things and they're guessing that because it was around that time, maybe it was COVID. This was a massive undertaking and it was happening while we were still at the height of the pandemic. That's when that data dump happened.

So, I'm just asking for a little bit of appreciation of the context. Your point is very well taken, Senator, and we are going to do better and you have my promise that we're going to try to do better on a rolling basis, ongoing basis, to answer you guys. If it means Shontell or Louann arrange one-offs or Zooms or phone calls or weekly meetings, or whatever - I'm open to it.

So, we do apologize. I do understand the position that you were put in. I know that it is not fair. It was not our intent to put you in that political position with the Republicans.

Cuomo and his staff have been criticized for their handling of nursing homes during the COVID-19 pandemic.

New York State Attorney General Letitia James released a report last month the state's nursing home response to COVID-19.  Among the findings during their investigation was that the New York State Department of Health's publicly reported data may have undercounted COVID-19 related deaths.