Schumer, Gillibrand: Help is on way in response to coronavirus 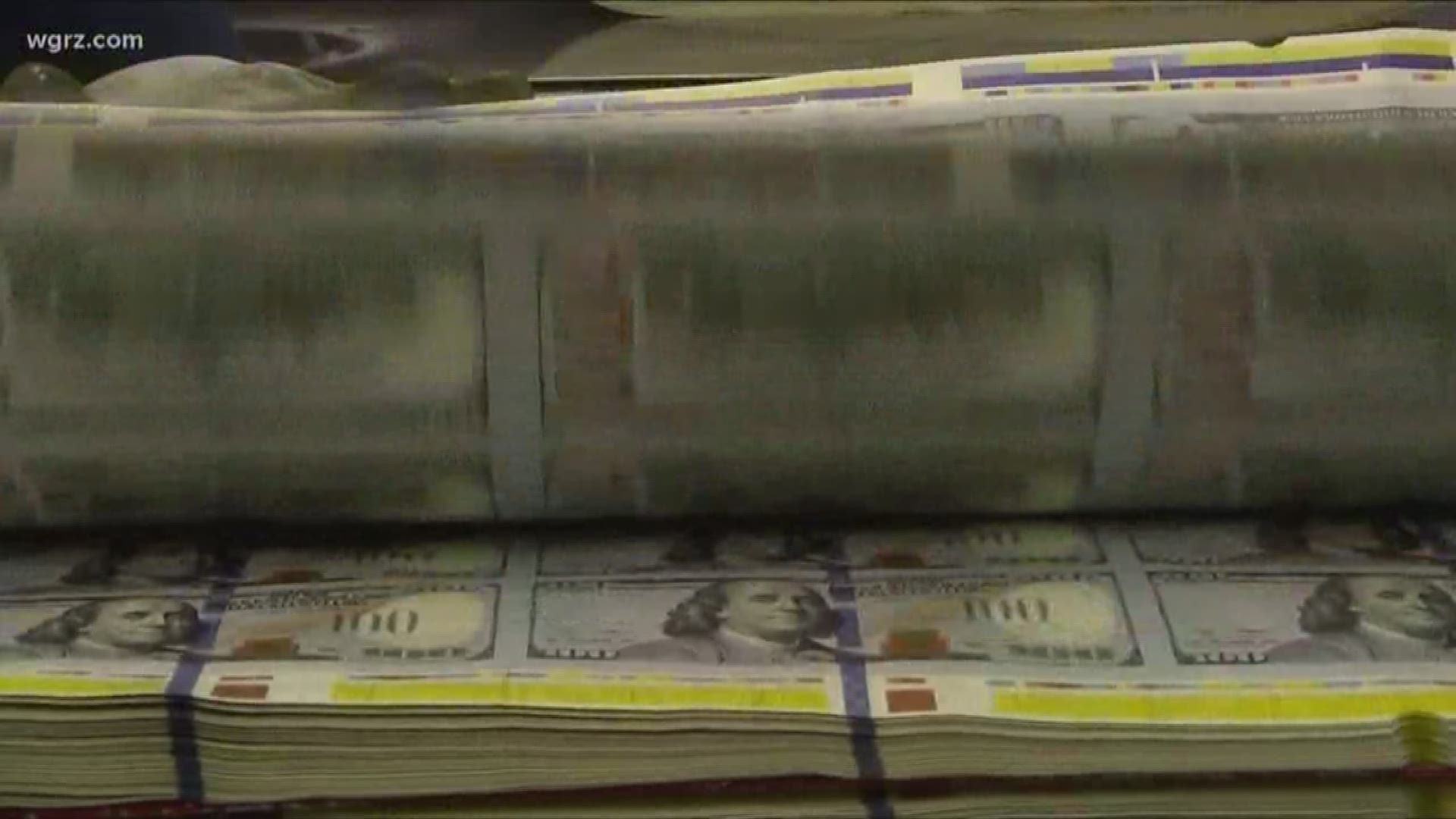 NEW YORK — Senators Chuck Schumer and Kirsten Gillibrand have a message to New Yorkers that help is on the way.

Senator Chuck Schumer said, "This emergency aid package is just the kind of medicine that New York needs," during a phone call with reporters.

Schumer said the money will help to fight the health and economic problems brought on by the COVID-19 outbreak here in New York.

He told reporters, "In the allocated dollars, it's $40 billion, but there are tens of billions more. We'll probably get over $100 billion once the money for the hospitals and small businesses and other types of things are there."

Schumer said Erie County is expected to get $160 million from the coronavirus stimulus package.

But it doesn't end there.

"If you're working in a business that had to close and you lose your job for no reason, you get on unemployment very quickly," Schumer said. "We've gotten rid of the bureaucracy. We've allowed the unemployment office to hire many more people, and you will start getting a check at your old salary or very close to it for the next four months."

Another key element of the package will assist businesses impacted by the outbreak.

"If you're a small business and you have to close because you have no customers or your workers can't come in, you will get a low interest or no-interest loan to keep you going during the crisis. If you keep your employees that loan is forgiven," Schumer said.

There's also help on the way for those on the front lines.

The package also includes a $150 billion "Marshall Plan" for hospitals. The plan will allow hospitals to purchase necessary equipment quickly and have flexibility with the funding.

"Many of our rural and smaller hospitals are worried about closing because they don't have the financial cushion. This will be the money they need to stay open," said Schumer.

Gillibrand told reporters, "This is just the first step to allowing our state our country recover from this epidemic. This is triage, we are trying to put the most resources into the hands of the people who need it most right now."

However, Governor Andrew Cuomo was not happy with the stimulus bill.

"The Governor suggested today that the Senate bill is "terrible" for New York State.  Here are the facts that justify that assertion.

"Based on initial reports, New York State government gets approximately $3.1 billion.  As a percent of our total state budget -- 1.9% -- it is the second lowest amount in the nation.  Literally 48 states get a higher percentage in funding than New York State.  For example, South Dakota gets 17.9%.

"This is despite the fact that New York State is incurring the greatest costs as we have the highest number of cases in the country.  New York State has 30 times the number of cases as Texas's 1,031.  The gross political manipulation is obvious.  For example, Wyoming, which only has 40 confirmed COVID-19 cases, is getting 17.1 percent of their budget as a payment from the federal government.

"Compounding this inequity is the fact that New York State contributes more to the federal government than any other state in the nation.  It is just another case of politics over sound policy."

RELATED: VERIFY: Can someone walk into a hospital to get tested for coronavirus?