It's the question many of you have been asking: "Will trick-or-treating be cancelled this year?" 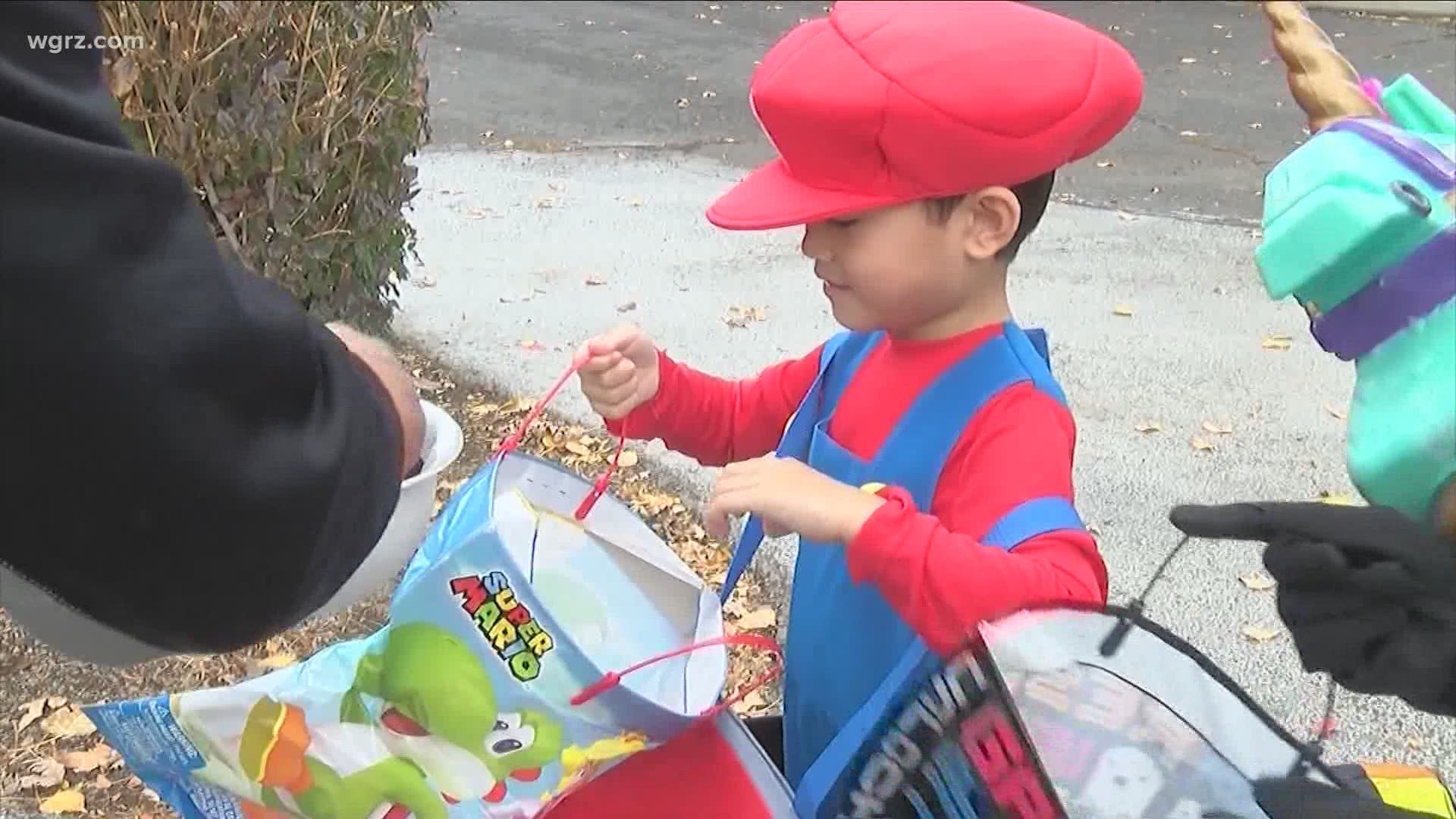 BUFFALO, N.Y. — It's the question many of you have been asking: "Will trick-or-treating be cancelled this year?"

New York Governor Andrew Cuomo appeared on News 12 Long Island with Tara Joyce Tuesday and said that he will not ban trick-or-treaters going door to door.

"I would not ban trick-or-treaters going door to door," Cuomo said. "I don't think that's appropriate. You have neighbors - if you want to go knock on your neighbor's door, God bless you and I'm not going to tell you not to. If you want to go for a walk with your child through the neighborhood, I'm not gonna tell you you can't take your child to the neighborhood, I'm not going to do that - I'll give you my advice and guidance and then you will make a decision what you do that night."

You can listen to the Governor's full comments here.

"I think we just want to let families know there is some sense of normalcy for their kids whose lives have been so disrupted," said Lt. Governor Kathy Hochul during a stop in Cheektowaga on Tuesday. "I think the governor is trying to say we'll leave it up to parents to decide what's best for their children on Halloween."

Hochul noted however, that while traditional trick or treating appears permissible, large scale Halloween gatherings may not be.

"In the case of mass gatherings, such as the Halloween parade that used to take place in the Village of Hamburg where everyone came out, I think those kind of activities would be fraught with danger right now," Hochul said.

Is it Safe to Trick or Treat?

"I think trick or treating will be okay," said Dr. Thomas Russo, an infectious disease specialist with the University at Buffalo's Jacob's School of Medicine.

However, Russo said the public health protocols we've all become accustomed to would need to be maintained to help ensure that trick or treating can be done safely.

These include wearing a cloth or surgical masks under Halloween masks, and maintaining social distancing while on the prowl for candy.

"Sometimes these groups of children going around become quite large," Russo said. "I would try to minimize the groups and if they are just made up of individuals within the same social bubble that would be ideal."

As well, Russo advised that those doling out the treats should take precautions as well.

"I would strongly recommend wearing a mask, but I would also wear eye protection as well to afford maximum protection against getting infected," Russo said. "And I think the safest thing to do, particularity if you are vulnerable, is to leave the candy outside on the porch or outside your door and hope the children will be honest and only take one so you won't run out by the early evening," he said.

More from Dr Russo from our 5 p.m. report: 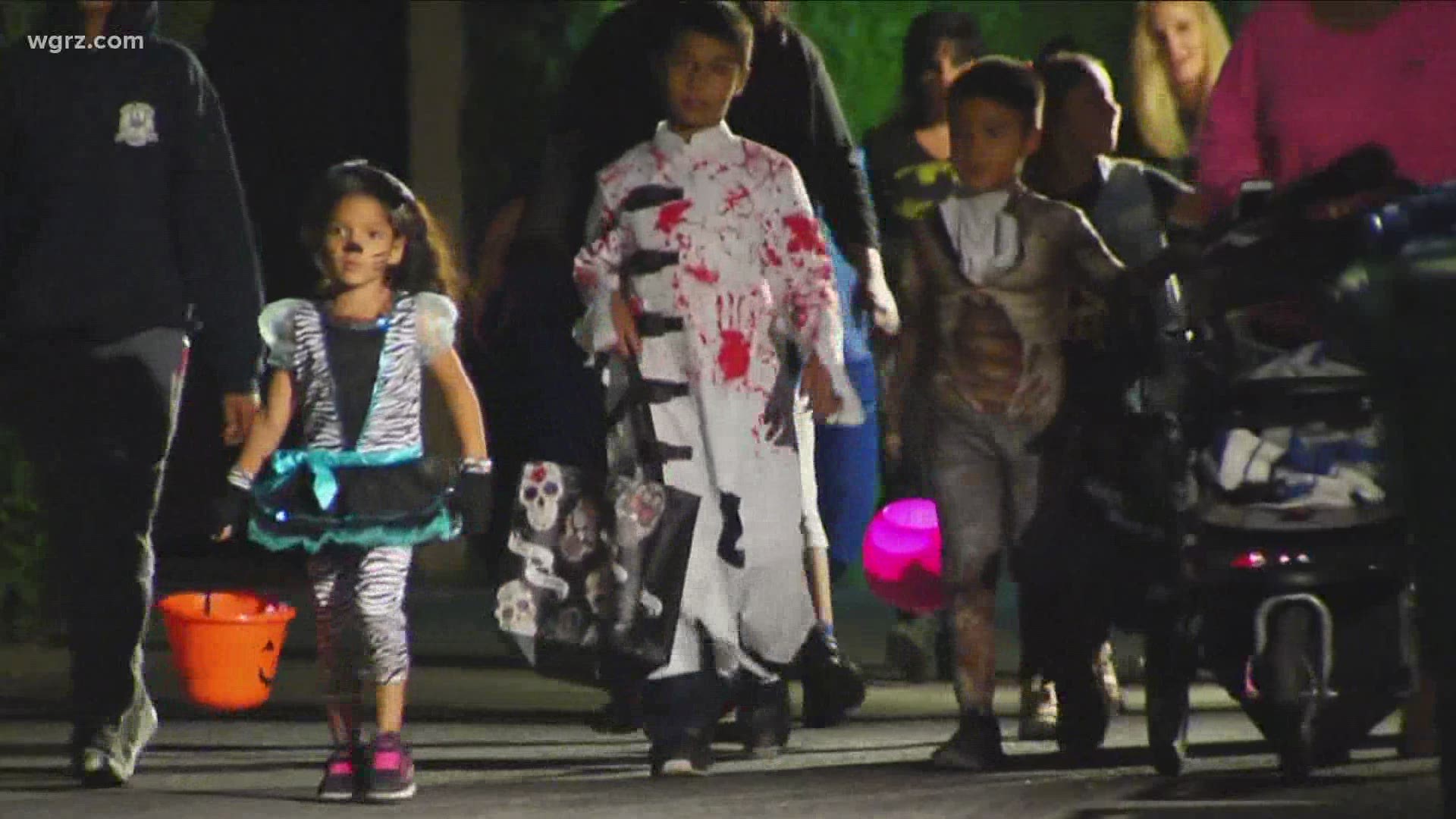 How Could Gov. Cuomo Have Cancelled Halloween?

As there are still no laws against walking down the street, while wearing a costume, or going to someone's door and getting candy bar, Hochul conceded that the only practical way to ban trick or treating would have been for the governor to use his emergency powers and issue an executive order for a statewide curfew on Halloween, which would be impractical.

"That's right," said Hochul. "And there is a great deal of frustration building... and the people of New York have been so cooperative."

If you're still worried your child getting COVID-19 while trick or treating, the practical solution is don't take them. And if you're worried about getting it from someone at you door, don't answer it.

From our 6 pm report: How To Wear a Mask Without Messing Up Your Mask 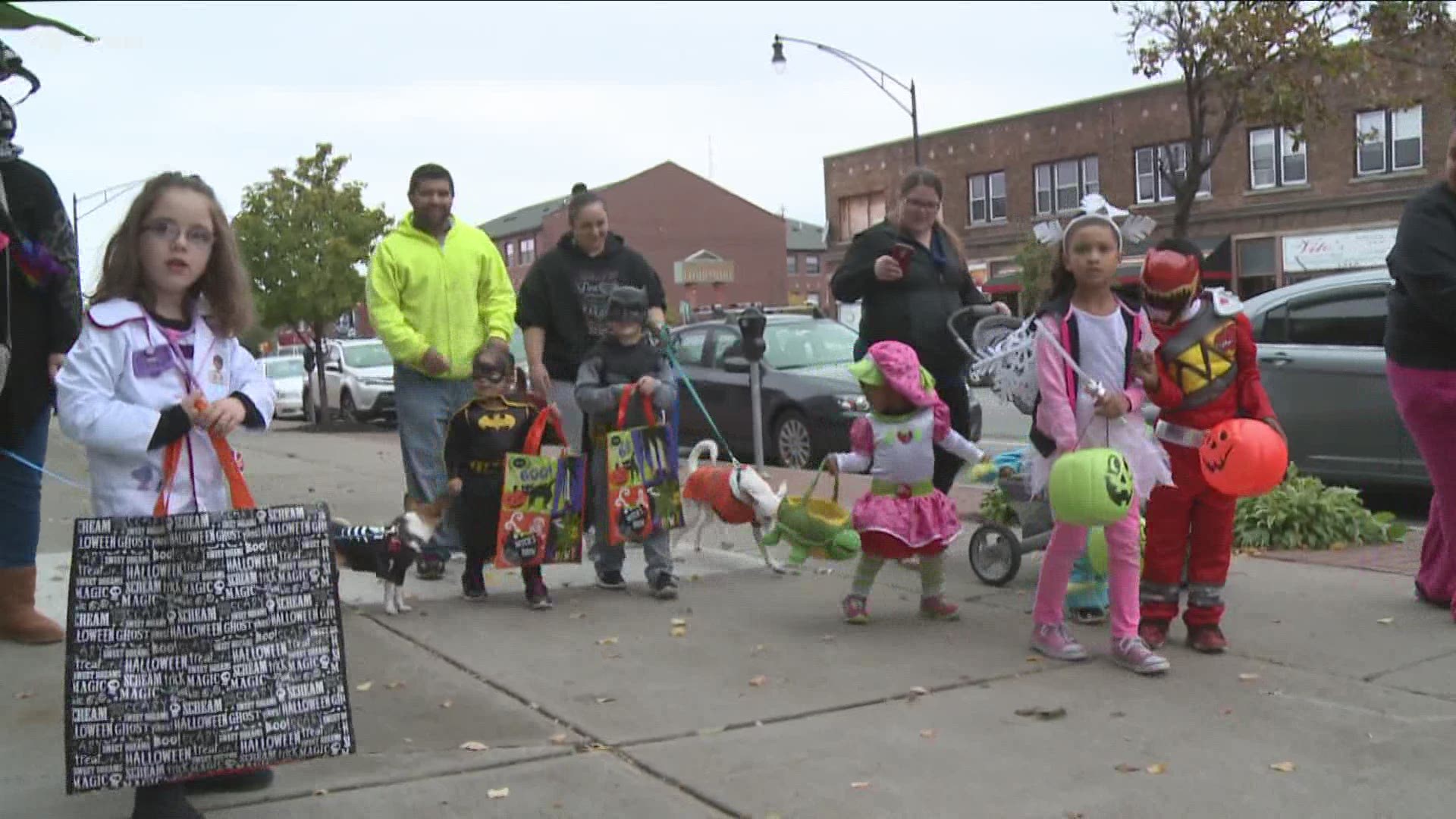