Parents, players and lawmakers went to Amherst on Sunday morning to express a need to make a change so children can play now. 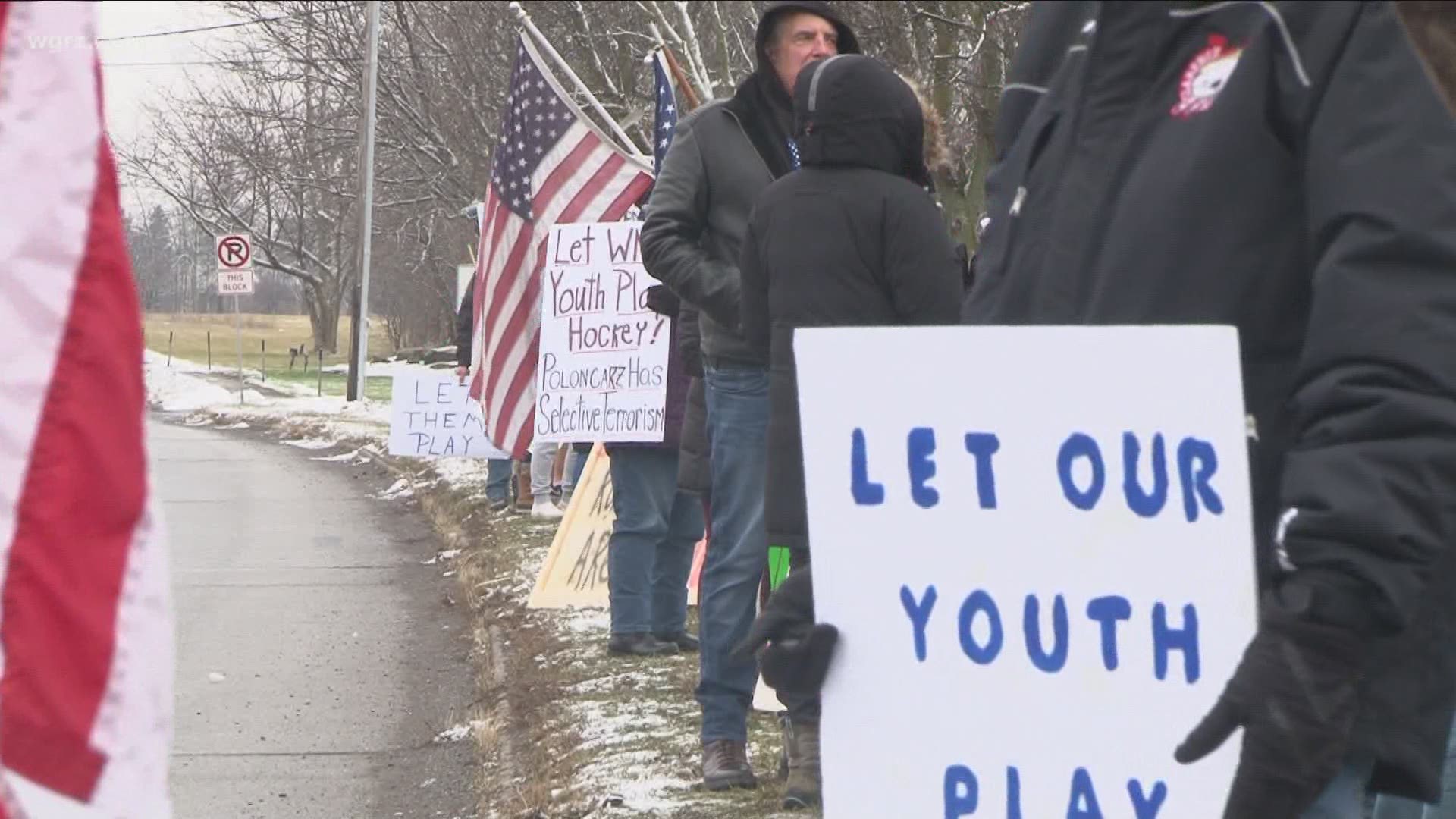 AMHERST, N.Y. — Youth hockey players say they are being hindered by state COVID restrictions that prevent them from playing as they typically do.

With that in mind, well over 100 people came out for a rally Sunday morning in Amherst, at the Amherst Audubon Golf Course parking lot. Parents, players, and lawmakers came out to express a need to make a change so children can play now.

"There's hypocrisy going on that, even today, the team that was out last weekend playing is playing again," parent David Lipinoga said, adding, "these are adults, and they should know the rules. Our children can play safely."

"Right now you have people who are traveling to other states with different protocols for their kids to play," he said. "Why not allow kids to play right here in Western New York? To me, that's safer they're not traveling, and they're able to play games."

Under current state COVID guidelines, hockey is considered a high-risk sport and is limited to skate, shoot, and practice activity only. Scrimmages and game competitions are not allowed.

Erie County Executive Mark Poloncarz responds to report he was spotted playing hockey Sunday at the Northtown Center in Amherst.https://t.co/Q1felLZxzL