Public pools and playgrounds cleared to open, local governments to decide when 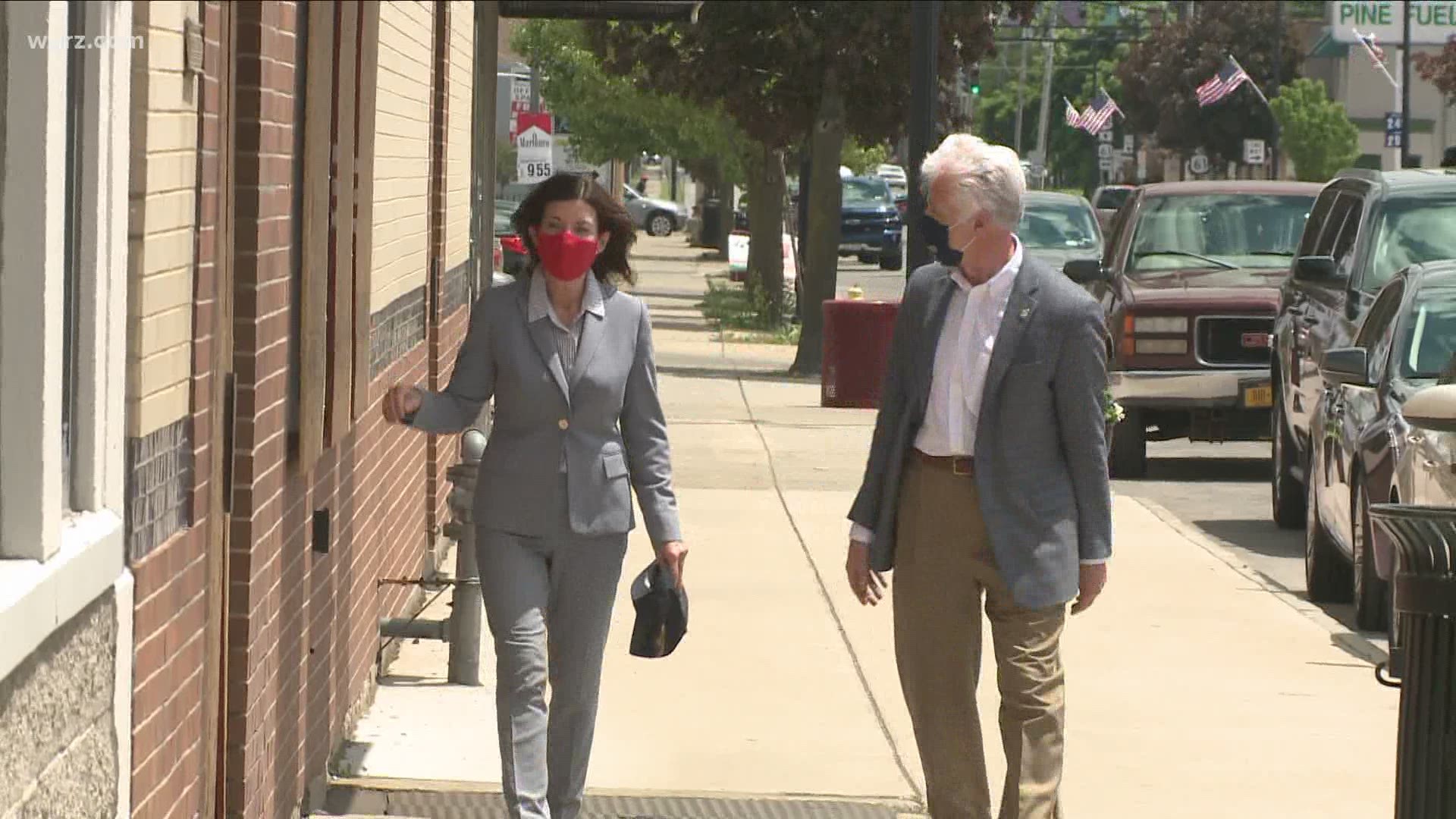 ALBANY, N.Y. — Governor Andrew Cuomo said Thursday it will be up to local governments to decide if and when public pools and playgrounds can open for the summer.

Cuomo said those decisions can be made starting Thursday, but officials in their communities need to use their best judgment and make sure state guidelines are followed.

"Sometimes yes is not the right answer, it's the easy answer," said the governor, allowing that some cities, towns and villages might decide not to open if they feel the risk of spreading the coronavirus is too great.

The governor also announced several regions, including the Finger Lakes region, will reopen under Phase 3 on Friday. That region includes Genesee, Wyoming and Orleans counties. Cuomo reminds businesses to follow the guidelines set down by the state, saying he hears from people who are very wary of businesses violating re-opening rules.

Cuomo was asked about the number of police seen not wearing masks during the recent protests over the death of George Floyd. The governor said it's up to every police department to discipline officers who don't wear them. He added his advice and that of NYS Health Commissioner Howard Zucker is that police should be wearing masks and local departments should be communicating that to their officers.

Addressing the ongoing debate about police reforms in light of the Floyd death, Cuomo asserted that New York leads the nation on police reform. When asked specifically about proposed legislation to ban tear gas and pepper spray he said "we have to be smarter about this, more comprehensive about this. It's not about tear gas, it's much broader than that. This is inherent racism. This is decades and decades of injustice."

The governor added that any reforms put forward must be done right and be made systematic.

RELATED: Answers about when pools, gyms, playgrounds will reopen