The protesters, who gathered near Forest Lawn Cemetery, aimed to bring attention to regulations surrounding the COVID-19 pandemic that impacted businesses. 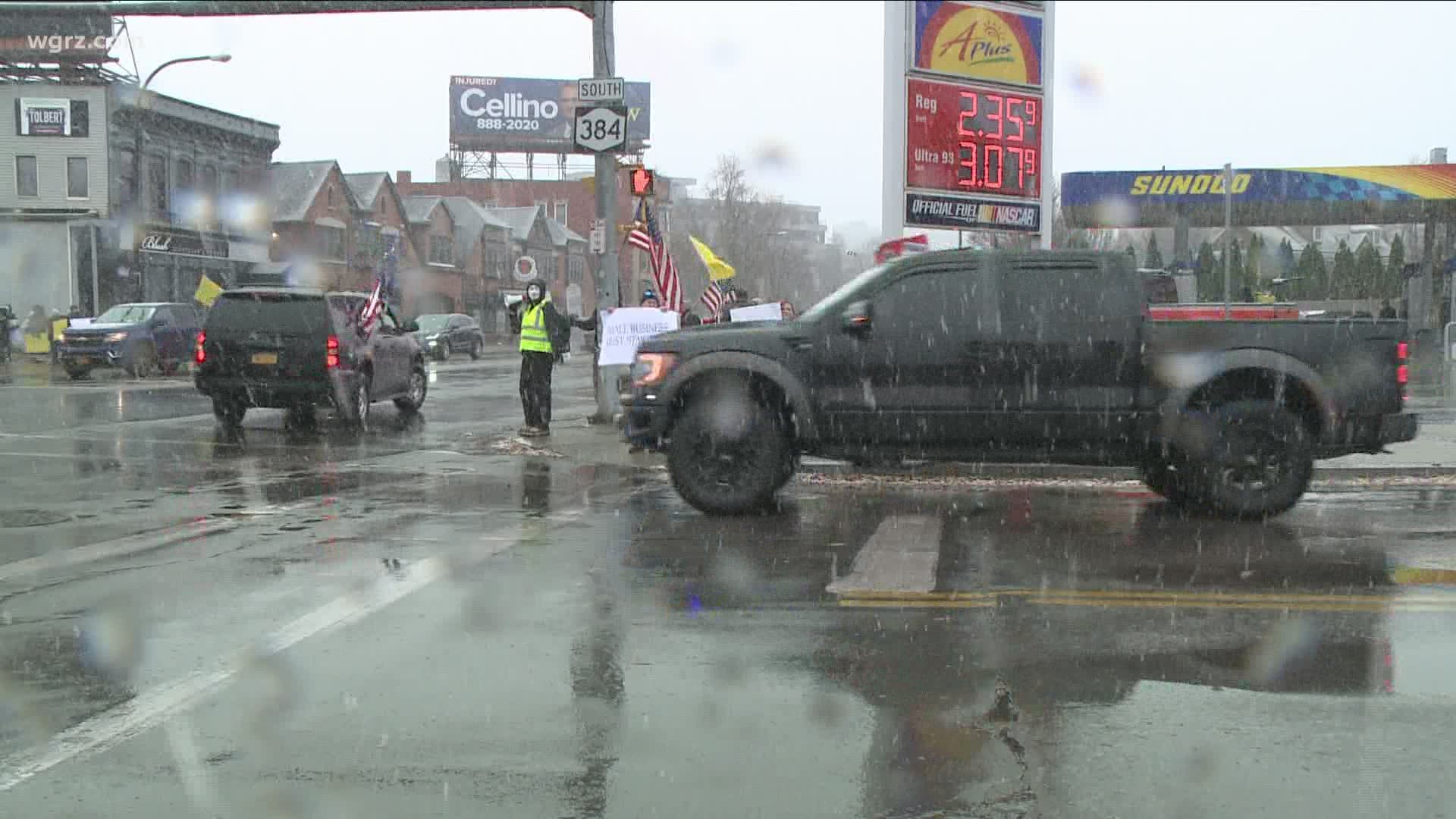 The protesters, who gathered near the Delaware Avenue entrance to Forest Lawn Cemetery, aimed to bring attention to regulations surrounding the COVID-19 pandemic that impacted businesses in Buffalo and Western New York.

The group called for an end to the COVID restrictions that they believe infringe on their rights and are killing the local economy. The protest continued for several hours with cars honking as they drove by.

Thank you to the @BPDAlerts officers for your great work during today's protest in my neighborhood and in front of my house. I have no issue with people protesting me but leave my neighbors out of it. As I stated yesterday, I apologize to my neighbors for this inconvenience.

Harding said he wants Poloncarz and Gov. Andrew Cuomo to reopen the state, citing the situation in other states such as Florida.

Poloncarz said some protesters also showed up to a house where he lived "more than a decade ago." The county executive said that when neighbors informed them that Poloncarz no longer lived there, the protesters left.

New York State moved parts of Erie County from a Yellow Zone to an Orange Zone on Wednesday. The possibility of more strict regulations under a Red Zone designation is possible if the numbers don't improve. 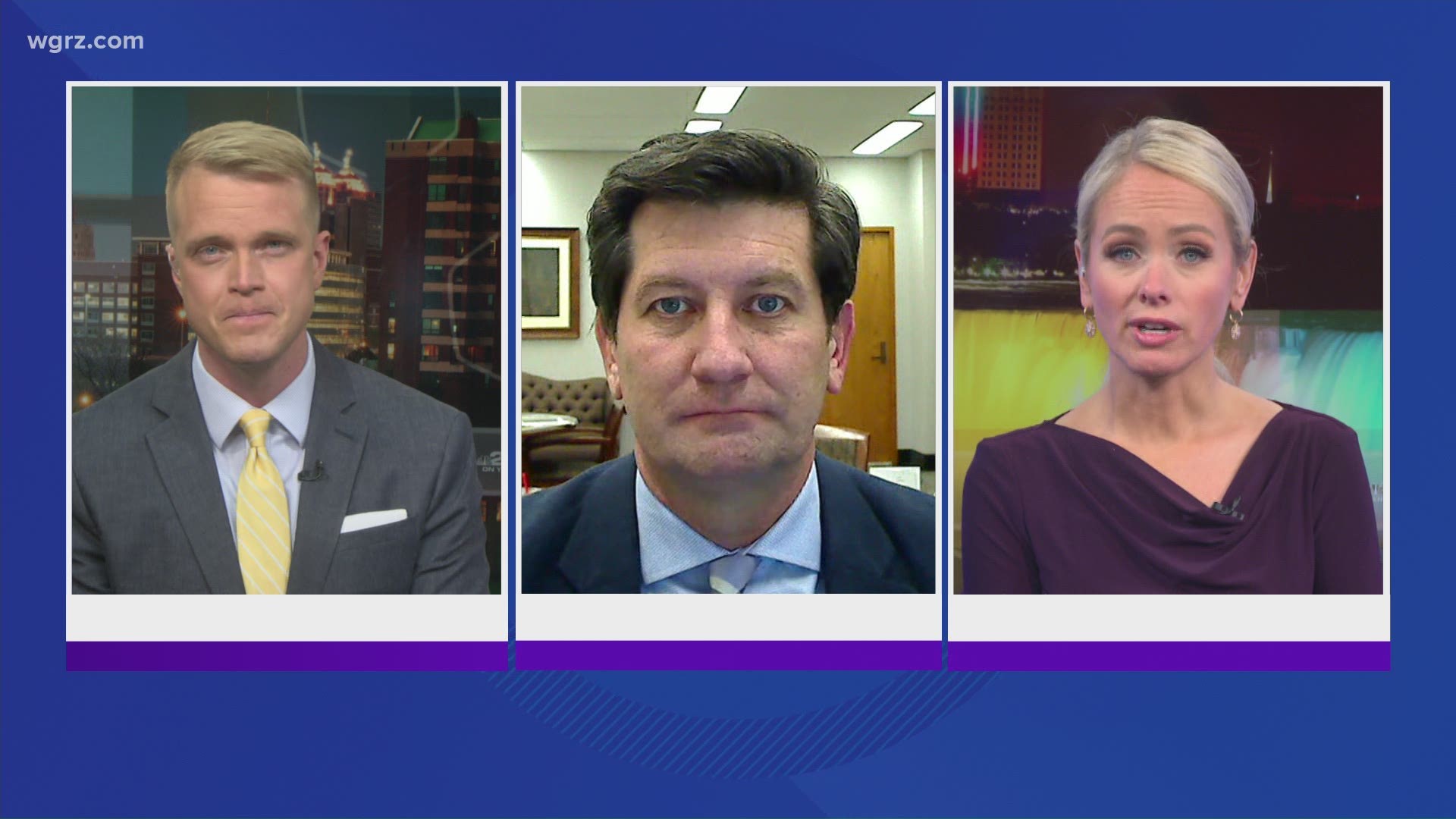 "What we are seeing is the state will be analyzing the data Monday and Tuesday and will make an announcement on Wednesday," Poloncarz said late last week.

The state will be looking at if there are changes after a full week's worth of data under the new restrictions to make that decision.

"We're not happy with the positivity rate and hospitalizations going higher," he added. "If there are going to be changes to any zone, the governor or state will make it on Wednesdays."

I also have to apologize to the neighbors on the street where I used to live more than a decade ago because I've been informed some protesters drove over there and started protesting. A neighbor came out and told them I hadn't lived there in more than 10 years and then they left.