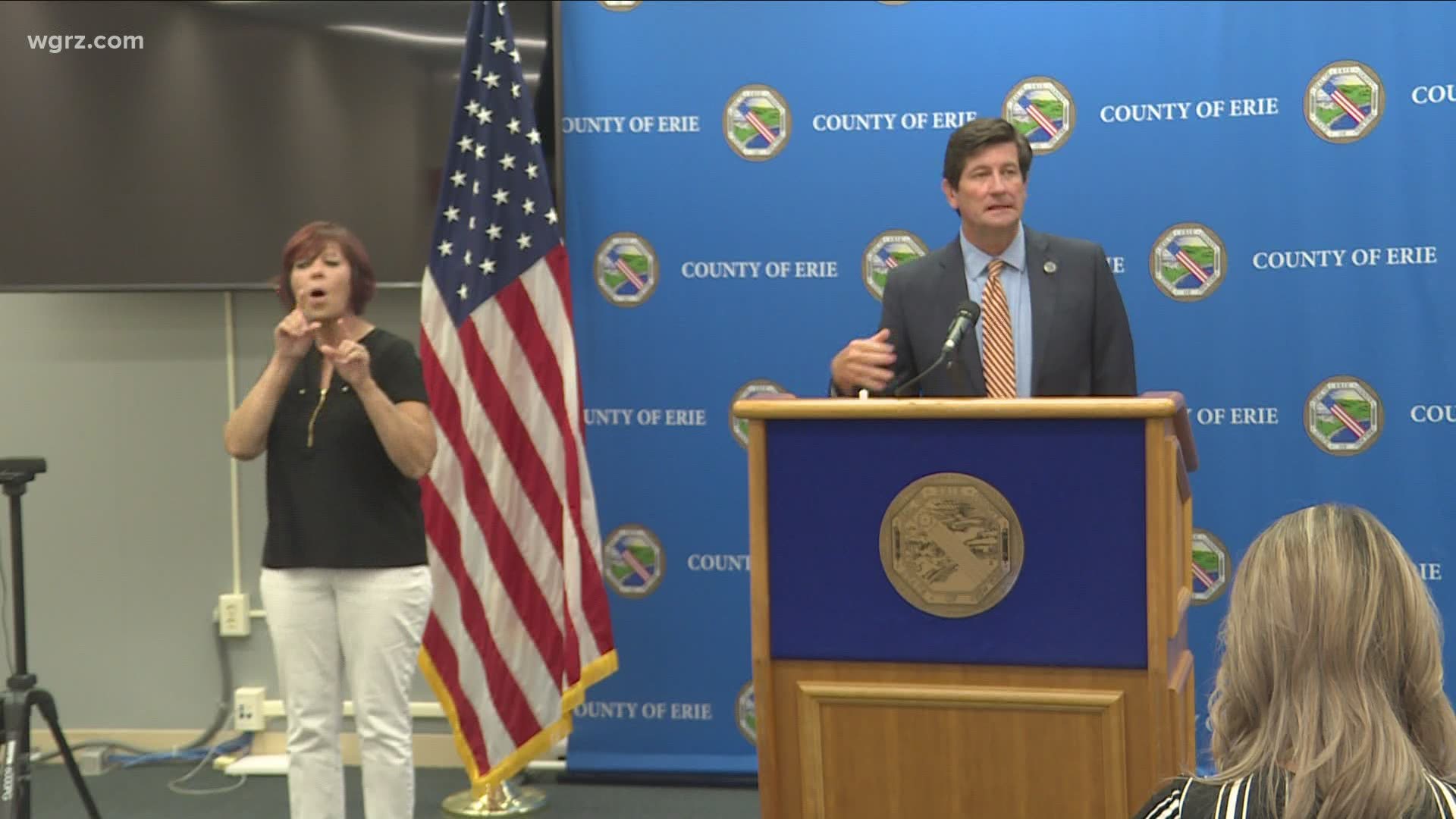 While saying that some of the new positive cases are coming from small clusters from families, nursing homes, and businesses, Poloncarz says those groups amount to about ten cases or less each.

Despite repeated questioning from the media, including 2 On Your Side's Ron Plants, the county executive continues to decline to release specific case data about the reported clusters saying those individuals need to be protected and that there is no direct risk to the general public.

Poloncarz has brought up the Health Insurance Portability and Accountability Act (HIPAA) patient privacy protection for his refusal to disclose more information about such incidents as the 38 cases in Eden earlier this month.

That amount of cases was originally spotted by a resident there who in turn notified the town supervisor. The town reached out to the county who provided assurances the matter had been handled with no further risk to the community.

Poloncarz told us he was on vacation in the Adirondacks and was not available then, so we asked whether Deputy County Executive Maria Whyte could have released information.

Whyte replied: "No, because we can't provide information that would identify individuals," adding "I'm sorry, we believe the law is on our side, and we're protecting individuals." 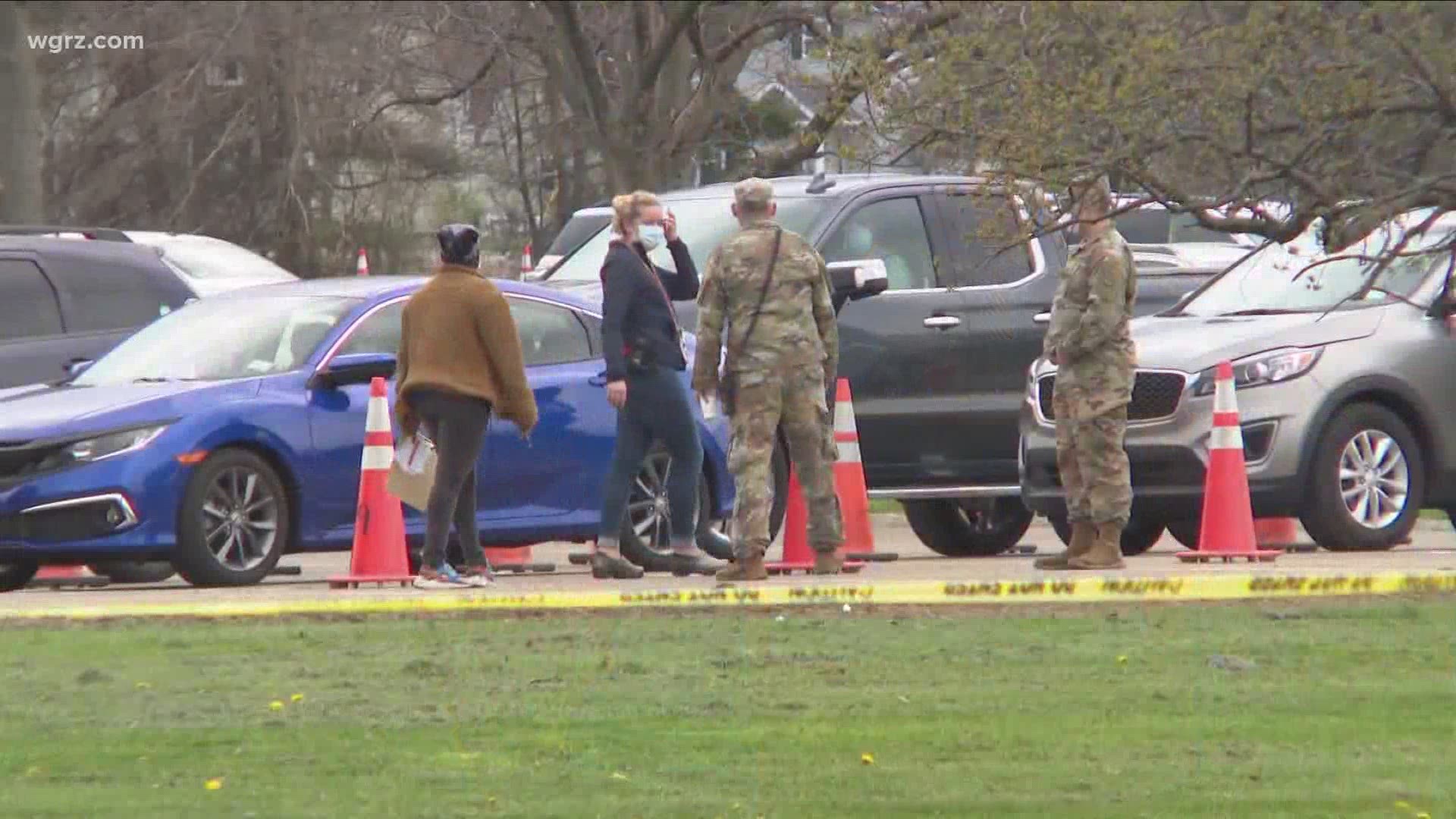 Since then we have learned about case clusters elsewhere, such as what happened recently with Fieldbrook Foods in Dunkirk. Chautauqua County Executive Paul Wendel says there was full disclosure and partnership with the food processing firm and that nearly 500 employees have been tested so far.

There were also reports back in June from the Oneida area in Central New York about an outbreak at a large greenhouse agricultural facility with seasonal workers. Officials in Oneida and Madison Counties both discussed the case and steps take to address the situation.

2 On Your Side also asked Attorney Barry Covert about the application of HIPAA in such cases and he called it a "stretch."

Covert pointed out: "That's why we know that universities have an outbreak, schools have an outbreak, that different businesses have outbreaks such as Tyson Foods. And no one is claiming that they can't disclose that that business or a particular school or a particular university can't be disclosed if they have COVID because it's protected by HIPAA."

Poloncarz says a Google search shows more than 600 gym and fitness centers are located within Erie County. Poloncarz pointed out that less than 200 of them have had their facilities inspected by the county Health Department, as required.

To those who are open but have not yet been inspected, he warns, "We don't want to shut you down, but we will if you don't follow the rules."

He also pointed out that dance and martial arts studios for instruction must follow New York Forward Sports & Recreation guidance for high-risk sports, while dance studios for work-outs and exercise must follow Gym & Fitness Center guidance.

In a conference call Wednesday, city, town and village leaders were told that Erie County will assist them with un-reimbursed expenses related to their coronavirus response. Each municipality will be eligible for up to $1 million for "hard costs" such as the purchase of personal protection equipment and the acquisition of laptops/tablets for distance working.