Poloncarz: Half of Erie County's total COVID-19 cases have been reported in the past 6 weeks 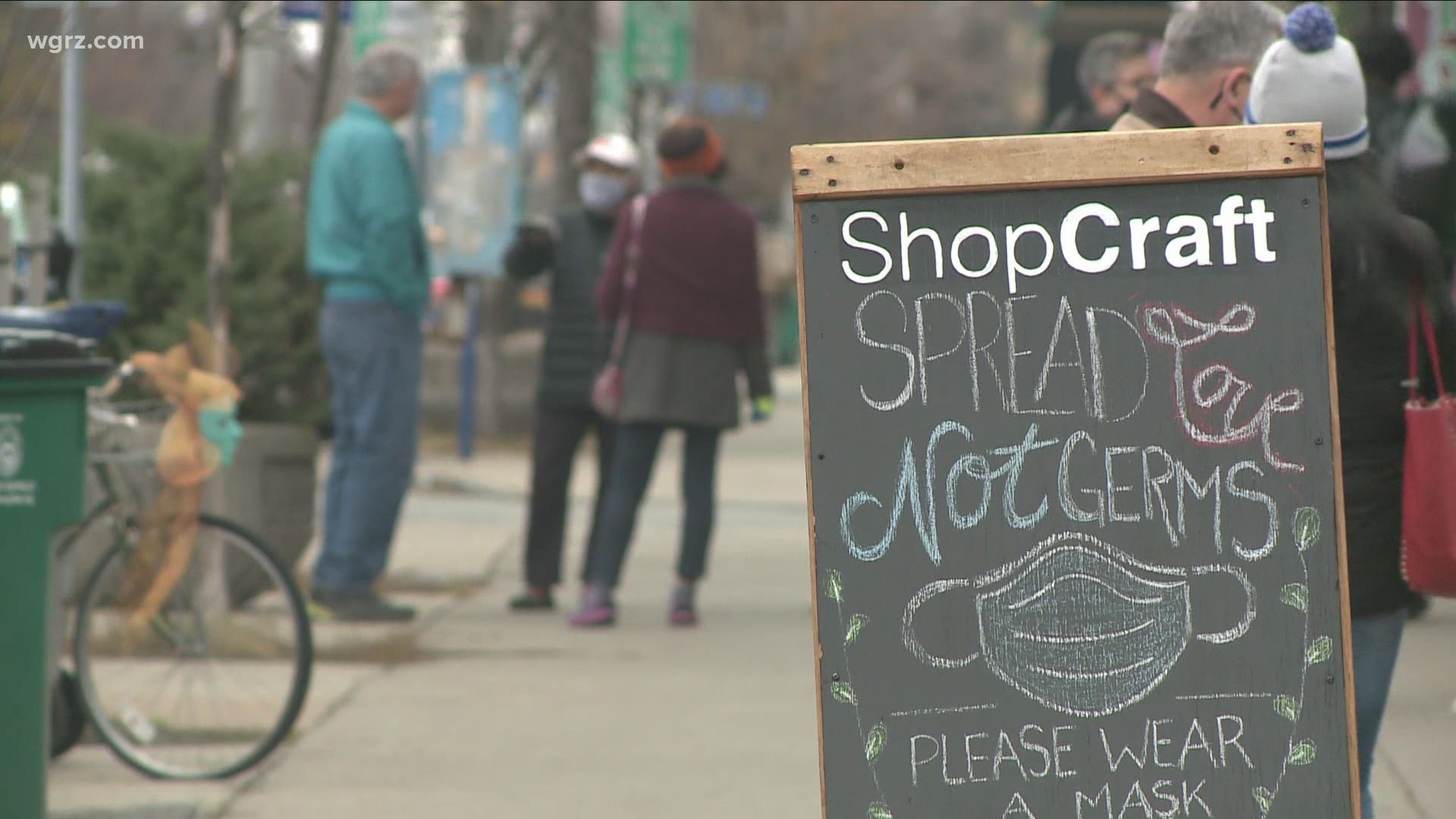 The Erie County Department of Health reports that for November 29, there were 439 new COVID-19 cases reported. The daily positivity rate for Sunday was 9.2 percent.

Poloncarz shared that half of Erie County COVID-19 cases reported since the beginning of the pandemic have been in the past since weeks.

Earlier on Monday, Governor Andrew Cuomo said that statewide 65 percent of the new cases are coming from small gatherings. County Executive Mark Poloncarz was asked about that Monday afternoon saying Erie County's numbers are "not too far off" from that.

"Thirty-five percent would generally be all other situations as they can determine as Dr. Burstein knows, it's not always easy to determine how somebody caught it," Poloncarz said. "We do know, based on the information that we have, that we can see a lot of cross pollination, so to speak, of individuals in small gatherings and households that are catching it from another, so that's all considered part of the small gathering amount.

"If you have four people in a household and three of them test positive, in all likelihood they caught it in what would be considered a small gathering in their household. The same thing goes if you had 15 people, which you're not supposed to, but if you had 15 people come together in a room, and six of them test positive in a very similar time period, you're going to assume that they caught it form one of the other individuals, so it's very difficult to ever prove exactly how much or who it was caught from."

Monday afternoon, the county executive was also asked about the zip codes with the most cases shifting to the suburbs.

"There seemed to be this feeling as we were going through the fall that, okay, our COVID numbers are going down, and there were more gatherings at homes probably in the suburbs and the rural areas than what we were hearing was occurring in the city," Poloncarz said. "It's not to say that cases aren't coming from the city. We are getting cases, we're just not getting them at the same rate we were earlier, and I think a lot of it has to do with people in the city understanding having dealt with it for basically a longer, stronger period than what some of the other areas were."

And, following the holiday weekend, 2 On Your Side's Kelly Dudzik asked Poloncarz about compliance since we've been in the Orange Zone.

"Actually, the compliance has been pretty good. Our Department of Health actually sent out information to retailers prior to Black Friday telling them what the expectations were, and what they should expect from us. So what the expectations were with regards to capacity, and what we wanted to see from their stores, and we had people out on Black Friday, we've had people out over the weekend, compliance has been pretty good. We had the issue with the one establishment, so I'm glad to hear that that establishment decided not to open today. It was a smart decision based on a number of factors I think that went into the calculus," Poloncarz said.

The County Executive says his next update will be Wednesday or Thursday.