When Mychajliw issued his most recent report showing Erie County's overtime costs, Poloncarz fired back, saying that those costs were legitimate. 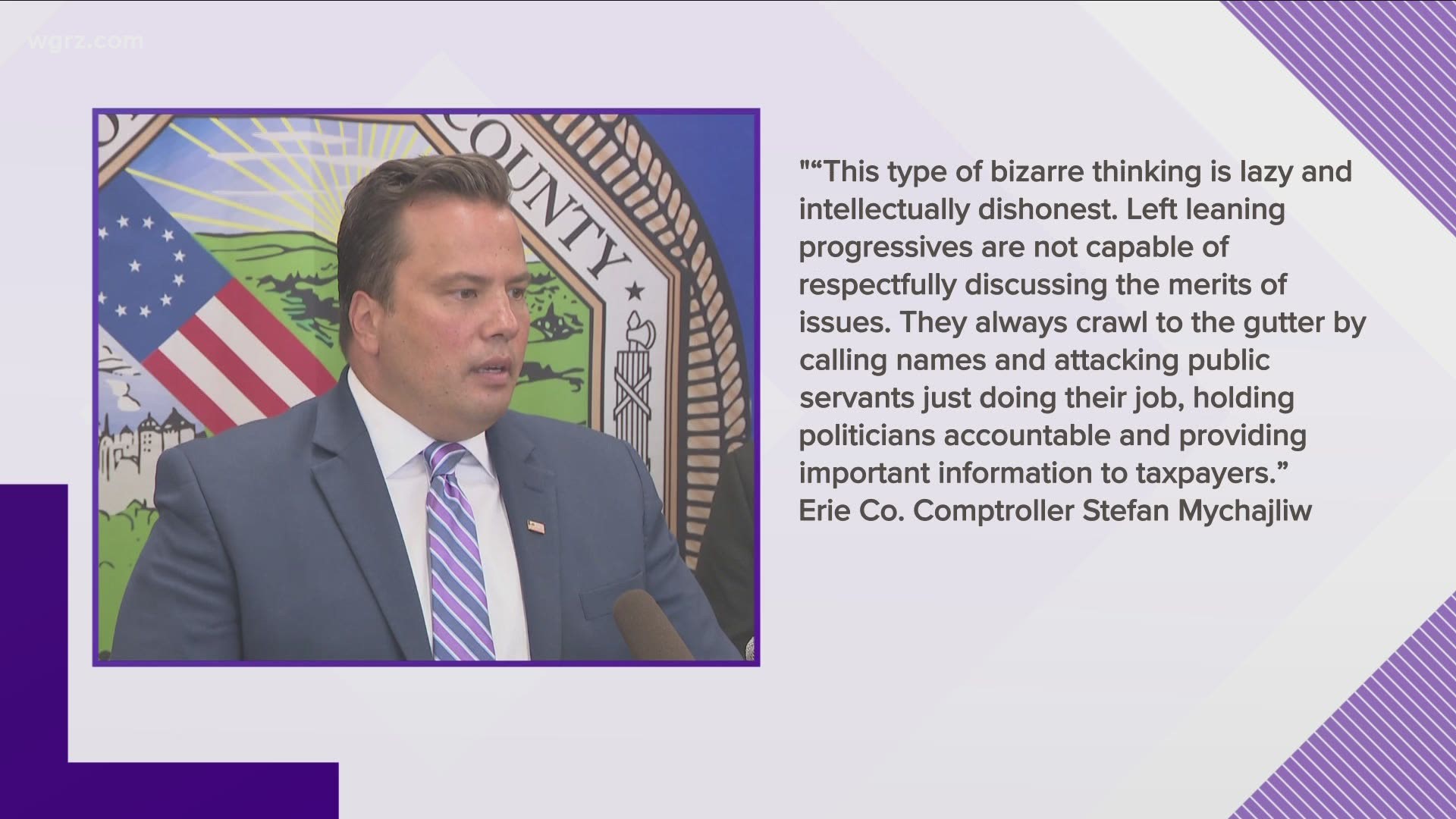 BUFFALO, N.Y. — A political spat over COVID overtime numbers between the Erie County comptroller and the county executive has now escalated into an ugly battle of words tied to a certain social media posting.

It all started with the comptroller's report on overtime pay earlier this week.

2 On Your Side sought out both officials for their perspectives on Friday.

Since July, Erie County Comptroller Stefan Mychajliw and County Executive Mark Poloncarz have battled over COVID related overtime costs upwards of $800,000 incurred by some county officials. Mentioned most notably among them is health commissioner Dr. Gale Burstein and her oft-mentioned overtime figure of $88,000.

When Mychajliw issued his most recent report showing Erie County's overtime costs far exceeding those of some 50 other counties combined, Poloncarz fired back, saying that the overtime costs were legitimate. He also stressed that Erie County has a costly responsibility for extra testing for the region with its county lab, which is one of only three in the state.

"I remember a lot of people were criticizing us for not testing enough early on, and now we're getting criticized for doing too much work. In a COVID-19 pandemic, how could you not do too much work?" Poloncarz said.

Then there's Poloncarz's recent tweet where he refers to another individual's tweet, which raises Dr. Burstein's Jewish faith as a reason for Mychajliw's specific mentions of her and the money. The person called it "a dog whistle from a true Trump follower."

Poloncarz added in his tweet that this "reeks of the centuries old anti-Semitic trope against Jews."

He also says other white males with Polish and Irish names in the sheriff's office made more by percentage than Burstein, who is singled out as a Jewish woman.

The sheriff's office overtime has been mentioned in the comptroller's report and the media. 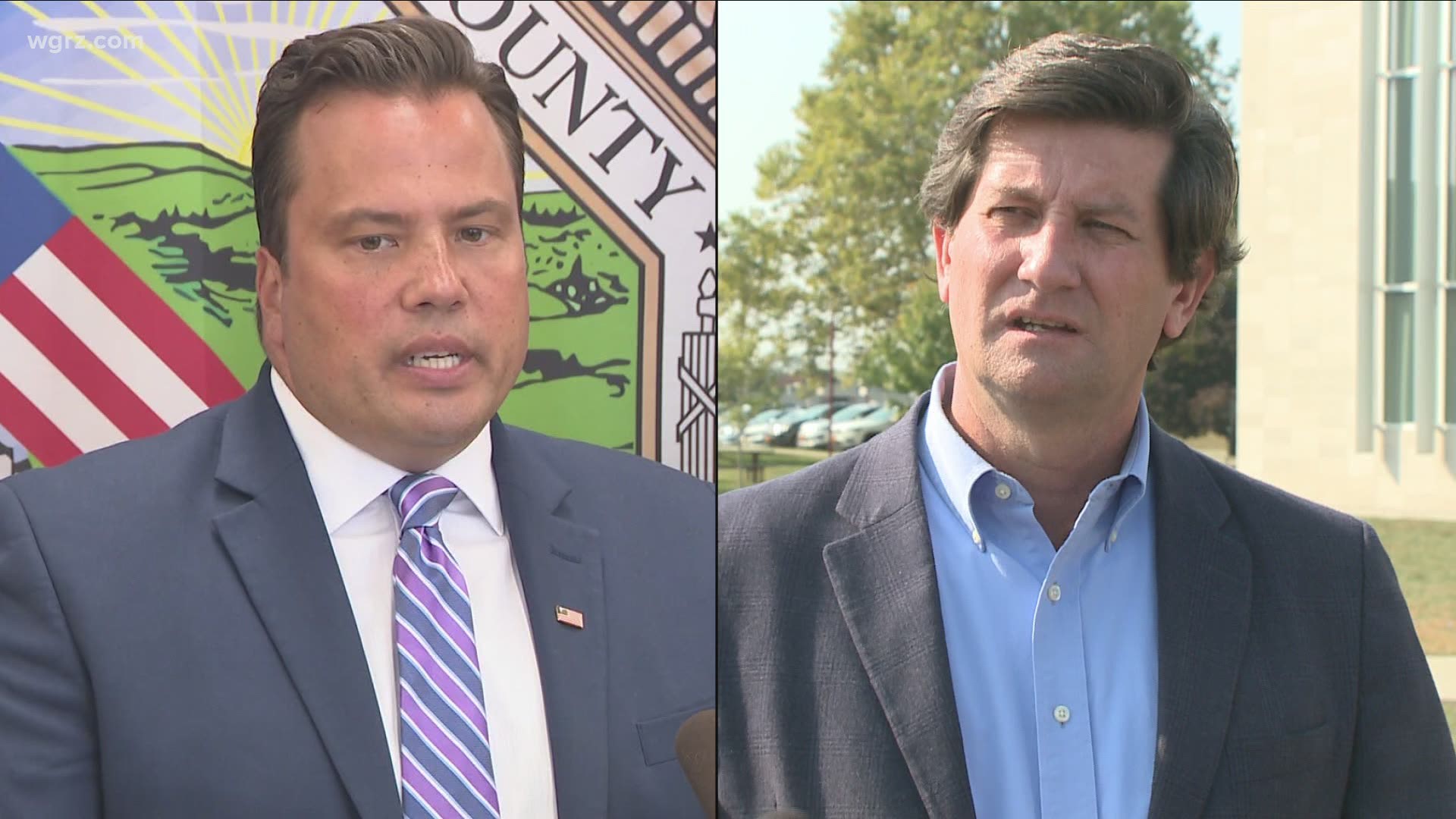 2 On Your Side spoke with Poloncarz Friday morning at another event at the ECC North campus. He told us "I'm sick of watching people criticize her unwarrantedly and then hear from people in the Jewish community that they think that this is a dog whistle to others in the community who may uh look at this as being anti-Semitic. Only he knows what's in his heart."

Comptroller Mychajliw turned down an interview and responded in a statement. He said "This type of bizarre thinking is lazy and intellectually dishonest. Left leaning progressives are not capable of respectfully discussing the merits of issues. They always crawl to the gutter by calling names and attacking public servants just doing their job, holding politicians accountable and providing important information to taxpayers."

Officials with the Buffalo Jewish Federation said they had no comment.