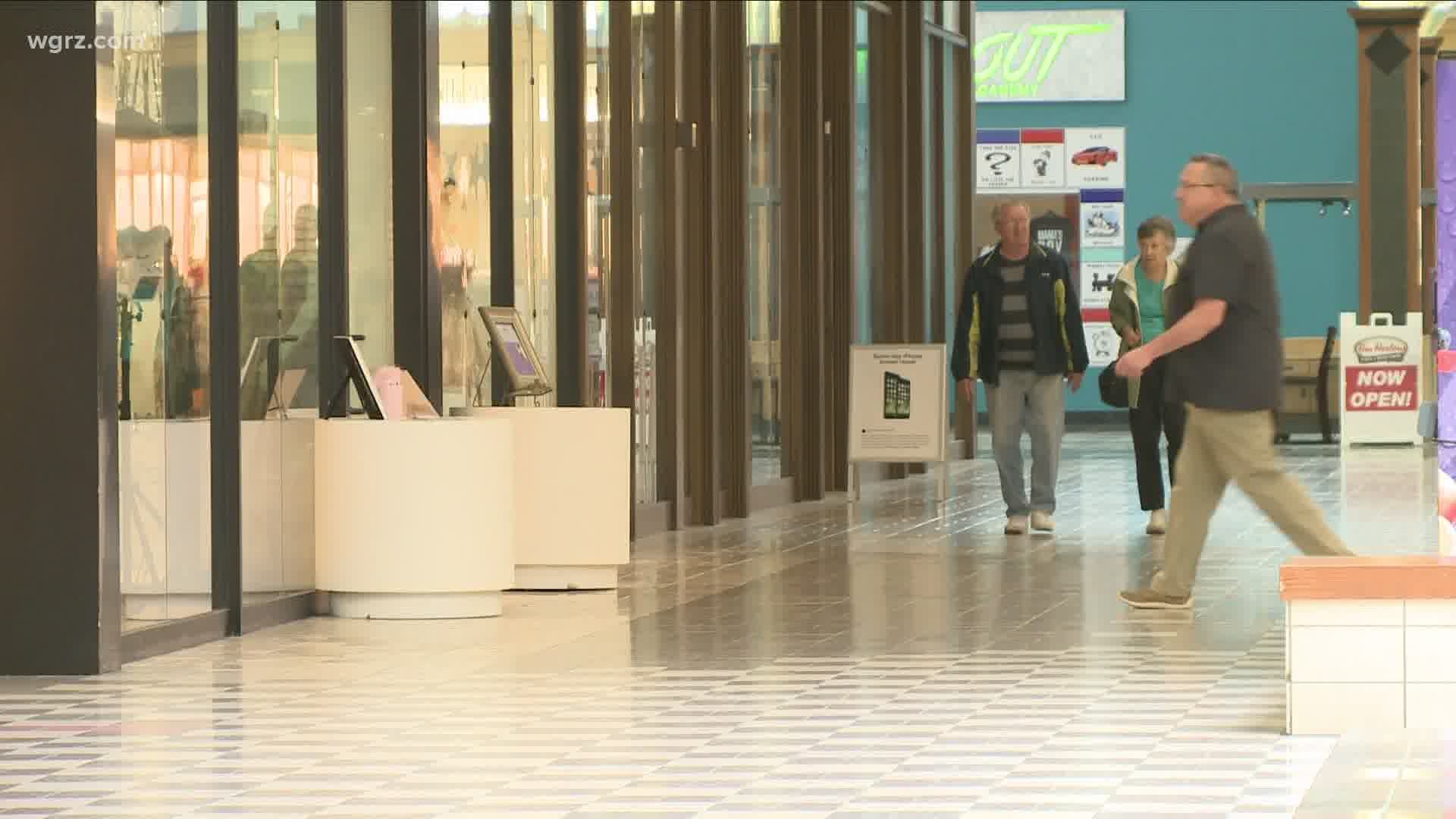 BUFFALO, N.Y. — While New York state officials ponder its last moves to fully reopen all remaining businesses shutdown by the pandemic, it's keeping an eye on other states where reopening moved at a faster pace.

But some lawmakers feel it's a careful balancing act for the battered economy in Phase Four.

Lt. Governor Kathy Hochul told reporters this on Thursday when asked about still as yet closed businesses excluded from reopening. "We are working on guidance literally as we speak," she said.

There was a seemingly abrupt change when it came out that next week's Phase 4 implementation would not include enclosed shopping malls, theaters, and gyms at this point.

Gym owners and clients have been very vocal about the situation. There is also an outcry coming from mall managers, such as those at the Walden Galleria.

They are openly disputing Governor Cuomo's comments that mall air conditioning systems are more likely to spread COVID-19 as opposed to standalone businesses. They state that they have done more than necessary to improve air filtration systems.

This situation also raised some lawmaker lament today at the groundbreaking ceremony for a new development project extending West Main Street in the Village of Lancaster. 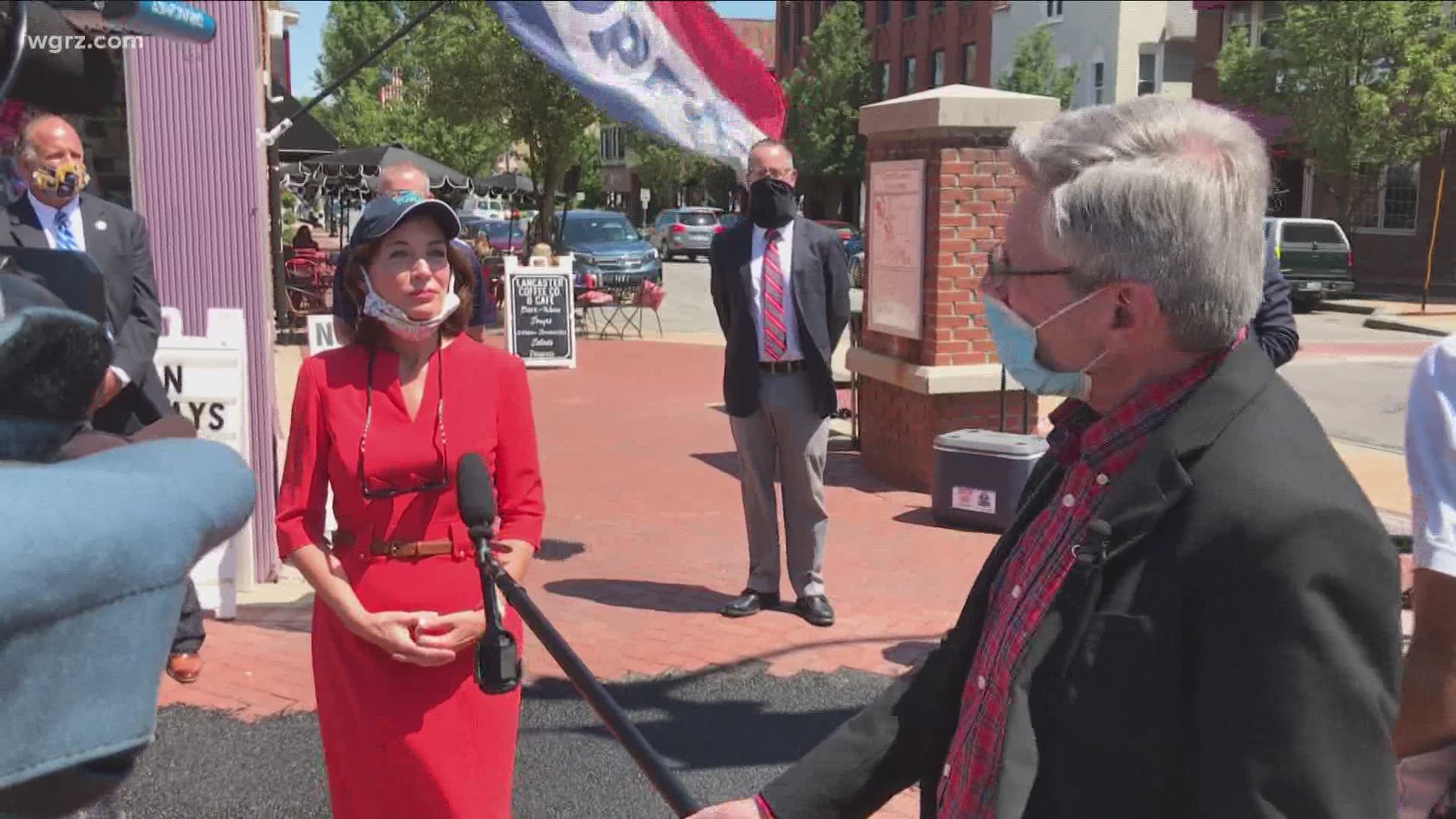 Democratic Assemblymember Monica Wallace has the Walden Galleria in her district. She says mall management has been involved in discussions about reopening policies with the Governor's office.

"We're trying to ascertain exactly what the Governor's concerns are about the opening of it," Wallace said. "And I do appreciate that he is really trying to look out for what's best for the community. We just have a disagreement about whether this particular thing will pose a danger."

"There was a phased plan and a set of rules put in place, and I think it's terribly unjust that that had changed in the 11th hour," he said. "Because I really don't see that significant economic difference between a Walmart or a Tops or a Wegmans and a mall."

But Gallivan went further, adding: "Well over three months into this pandemic and no question, it was different times, and it called for strong decisions and strong leadership, and the legislature appropriately gave that to the Governor at the time. But I think the time has passed, unilateral decision making isn't what our system is meant to be."

After Hochul toured small businesses in the village of Lancaster, she shared the administration's rationale on some COVID shutdown extension policies.

The Lieutenant Governor said: "A mall by its nature is a larger gathering space. Some have fountains, they have seating, they have food courts. By nature they're trying to draw people and keep them there for longer periods of time. That is the difference that the Governor is studying right now on how we make that environment safe.

"We have to protect people. We've seen situations in other states with respect to malls. We've had to make tough decisions that a lot of people may not agree with but right now, at the end of June, you cannot argue with results in terms of where we are compared to the rest of the nation.

Hochul says they are still trying to make science based decisions and more reopening announcements could be coming in the near future. 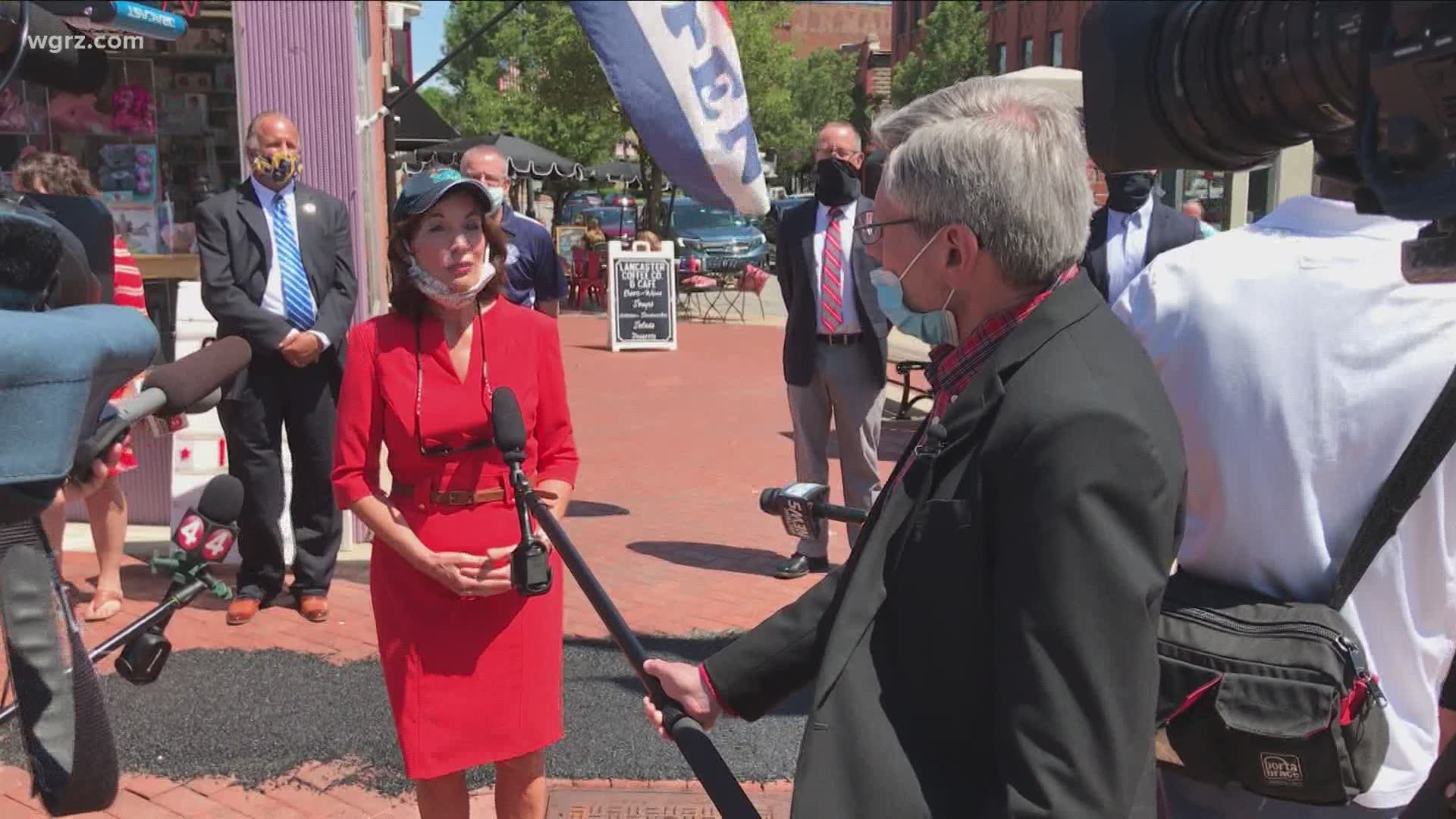 RELATED: All regions of New York have started to reopen

RELATED: What could Phase 4 of reopening look like in Western New York?