The company says it will open again once it knows it's safe for everyone to return. The locations will close at 3 p.m. Friday. 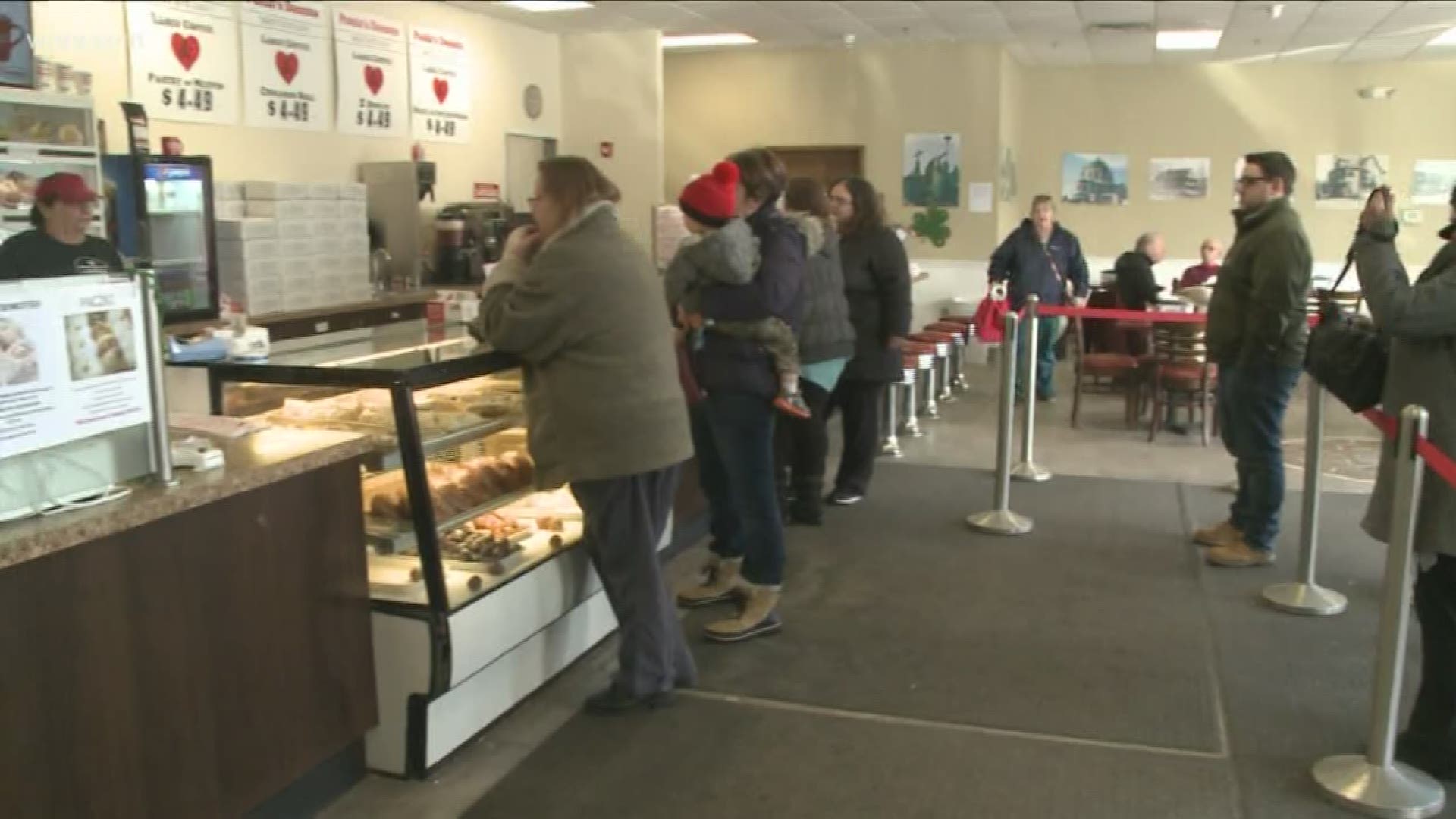 BUFFALO, N.Y. — The latest casualty to the pandemic is one Western New Yorkers aren't going to like to hear.

Paula's Donuts is closing all of its locations until further notice, starting at 3 p.m. Friday.

The company says it hopes to open back up sooner rather than later, but not before it knows it's safe for everyone to return.

They're asking people to follow them on social media for updates.

RELATED: Tim Hortons saying goodbye to paper 'Roll Up The Rim To Win' cups this year