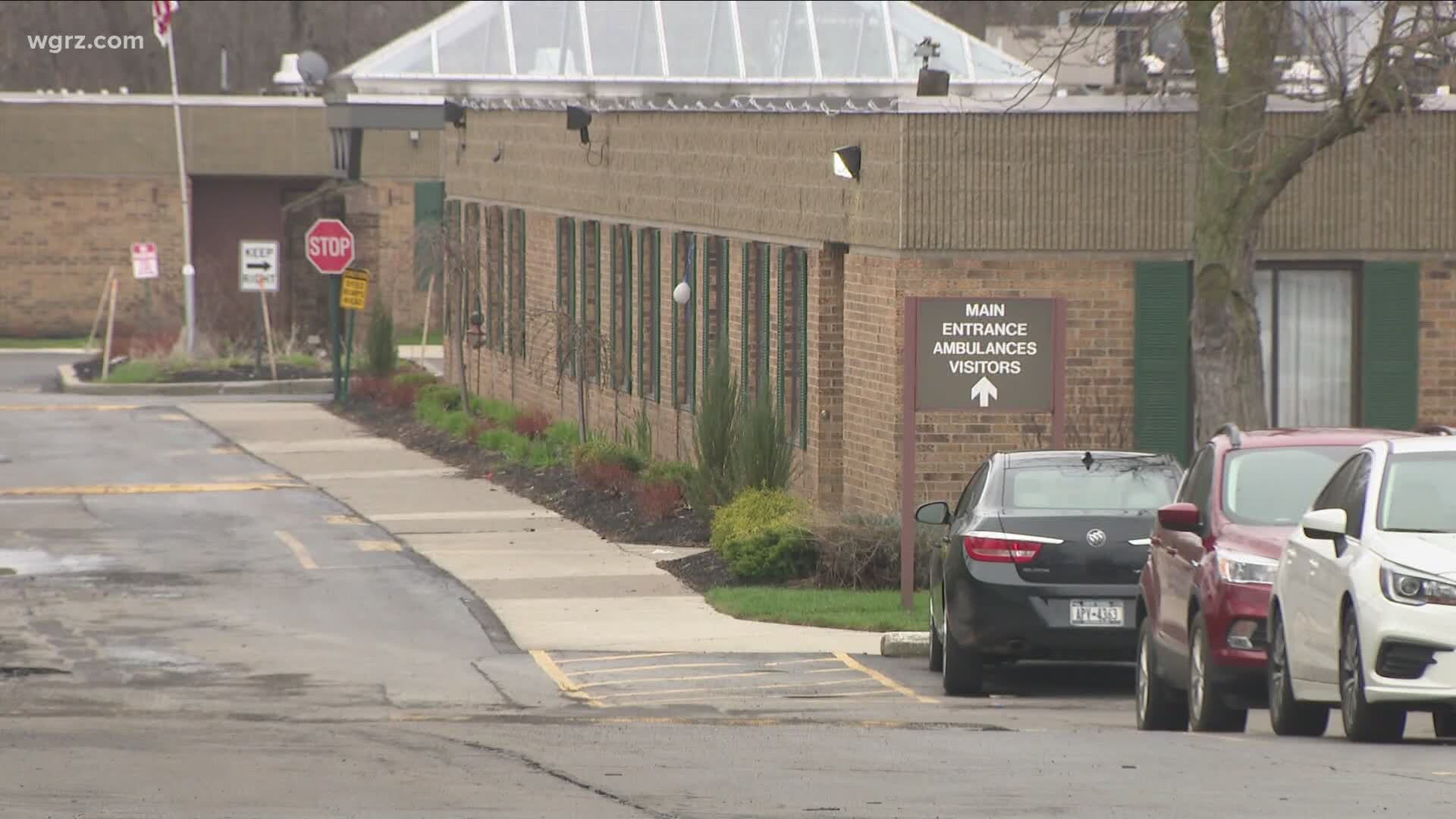 BUFFALO, N.Y. — Nursing homes have been at the center of a lot of controversy in state government, with criticism for Governor Andrew Cuomo's order back in March that they could not turn someone away just because they tested positive for the coronavirus. That’s something those critics say led to some of the more than 6,000 deaths in nursing homes across the state.

Monday’s hearing focused on downstate facilities, so we didn't hear specifically about any issues at places in Western New York. State Senators and Assemblymembers logged onto Zoom to ask the New York State Health Commissioner about a whole bunch of things, from why places didn't have enough PPE, to why families didn't know what was going on with their loved ones. Each person got five minutes to talk and question state leaders.

It was their first time to publicly ask these questions on the record during a state hearing on behalf of everyone who has a family member in the more than 600 nursing homes in the state.

The NYS Health Commissioner revealed that out of the 310 nursing homes that admitted COVID-positive patients from hospitals, 304 of those nursing homes already had people living there with the coronavirus. The state says staff and visitors inadvertently brought the virus into nursing homes, passing it onto the residents.

The state was not able to answer the question about how many nursing home residents died in hospitals and are not included in that 6,000 number.

"At a point at the beginning of the pandemic, nursing home patients who were admitted to hospitals who died, were counted towards the deaths of that nursing home and then at one point, you stopped doing that. Is that correct? Or incorrect?" asked Senate Health Committee Chair State Senator Gustavo Rivera.

"The issue here is that someone comes in and the worry is that you will end up counting them twice. You'll count them as nursing home, you'll count them at a hospital. So, you have to, this is the issue..." said New York State Health Commissioner Dr. Howard Zucker.

"No, I will ask you one more time. I’m sorry, I'm sorry, I'm going to ask you one more time," Rivera said. "Please just answer this, this is the question. The question, is it correct or incorrect that you at one time reported it one way and now we're choosing to report it another? Because this is the crux to me. I'm going to give you 30 seconds. Go ahead."

The hearing next Monday focuses on facilities in the rest of the state, including here in Western New York. It starts at 10 a.m. and will be streamed online.

We’ve also gotten a lot of viewer questions about nursing homes. One man emailed 2 On Your Side’s Kelly Dudzik a bunch of questions. He has a loved one in a facility. We sent the questions to the New York State Department of Health to get answers, and we were told they were looking into it for us.

We received an answer late Monday afternoon, but we did not receive specific answers to the majority of our questions.

The viewer wanted to know if a facility has a resident who tested positive, is the 28-day refresh where visitors aren't allowed a state or facility guideline? We were able to find out online that it's a state policy and the threshold is set by a federal agency the Centers for Medicare and Medicaid Services.

During Monday's hearing, the health commissioner said that it's 28 days to allow for two incubation periods.

The viewer also wanted to know whether a facility can deny window visits during the 28 days. The guidelines we were able to find online from July when in-person visits started back up did not mention virtual visits, which many places were doing during the height of the pandemic.

And, a family member also wanted to know if facilities are allowed to come up with their own rules or if all of the rules are coming from the state. The DOH spokesperson told 2 On Your Side the DOH provides guidance and facilities are responsible for building that guidance into their policies and procedures.

We also wanted to know if there's a timeline for when some of these rules might be relaxed and more in-person visits might be allowed to happen, and we didn't get a specific answer to that either.