Number of New York unemployment claims soar due to coronavirus

Frustration grows with New York State’s inability to keep up with the number of claims. 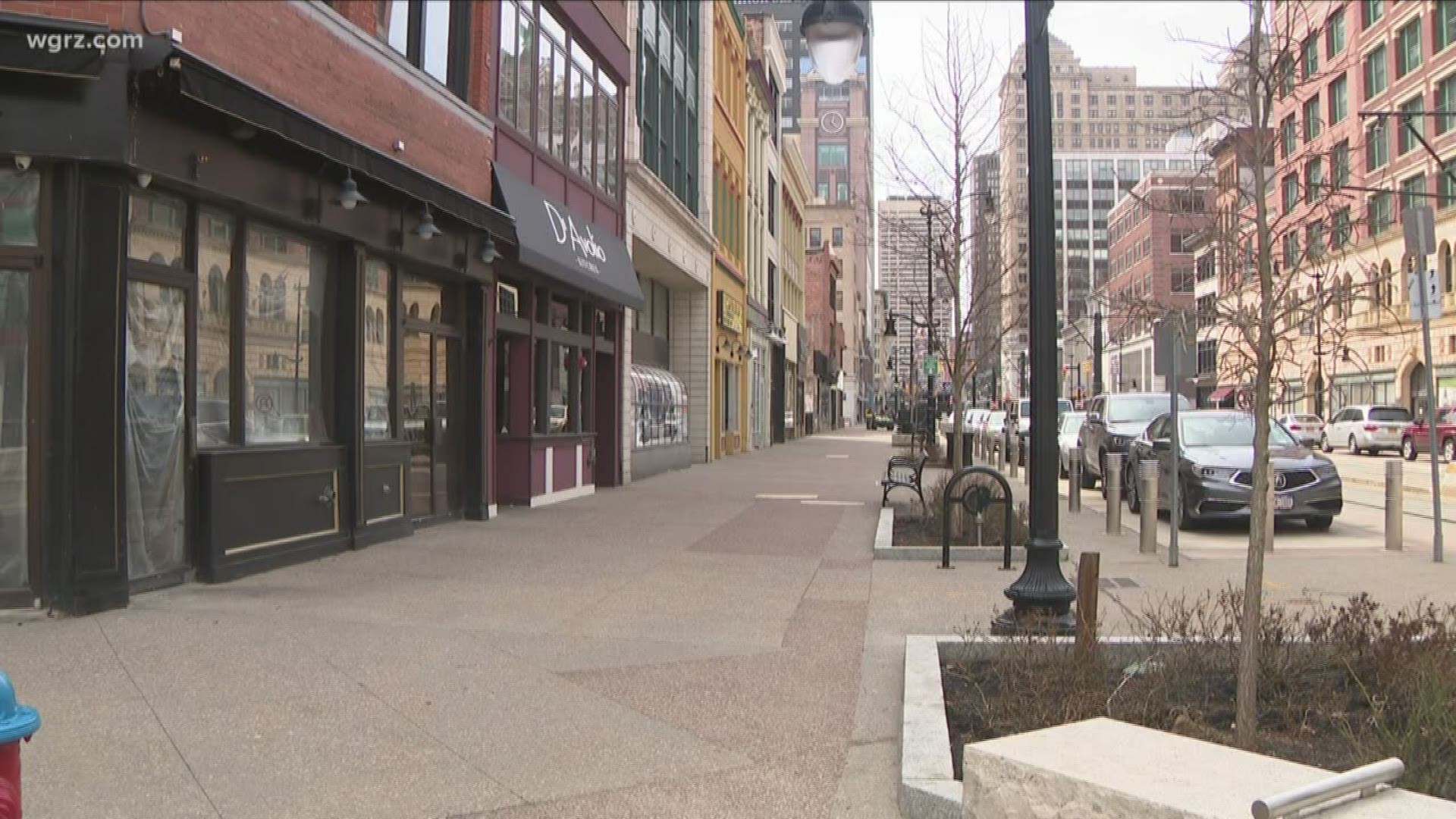 BUFFALO, N.Y. — Steps taken by New York Gov. Andrew Cuomo in hopes of curbing the spread of coronavirus have resulted in numerous businesses closing and some daunting unemployment numbers statewide.

However, the only thing that may be rising faster than the state’s jobless rate is the level of frustration felt by those seeking to file for unemployment.

“It’s been both exhausting and frustrating," said Keelan Walsh, a bartender who was laid off the same night that the governor closed bars and restaurants.

She is also one of numerous people to have contacted 2 On Your Side about the difficulties they have encountered trying to file for unemployment.

She tried for two days last week to do it online.

“The sight kept crashing, or I would just get kicked off,” Walsh said. “I would make it to the whole last page and then it would totally kick me off."

Finally, able to complete the first step online, she needed to phone the claim center to complete her application.

"Now because the phone lines are so busy, it's nearly impossible to get through to anyone, and what I’ve been running into is different automated prompts, and then the phone hangs up," she said.

Despite devoting 700 labor department employees just to handle claims, and hiring additional personnel to do the job, the state's system has been overwhelmed and can't keep up.

Because of this, the labor department also concedes the number of those seeking to file claims is indeed much higher than what it has reported.

It also says once a claim is finally completed, though, those impacted will get money dating back to the date they were laid off, and not just when their claim was completed.

It is now taking additional steps to address the volume, including implementing a new, more efficient filing system based on the first letter of the applicant's last name (alphabetical order):

Batten down the hatches

"I would say for the millions of people and the many people of Western New York that are out of work that are waiting for unemployment checks, take care of your money at the very basic level," said Joe Curatolo, a financial adviser at Georgetown Capital.

"Take care of your groceries. Don’t worry about your credit score ... that’s irrelevant at this point. Do the very best that you can for your family, and when it comes to paying the rent or paying for groceries, trust me, get the groceries," he said.

When one door closes ...

Across the nation, initial jobless claims surged 3.3 million last week, and there are estimates that jobless claims could reach 14 million before the situation is resolved. That would push the nation’s unemployment rate to close to 12 percent, its highest in more than a decade.

Vice President Pence announced on Thursday that those companies and others seek to hire 500,000 workers due to demand during the pandemic.

RELATED: Economic effect of coronavirus comes at critical time for the college-bound