If the season started today, fans would also be banned from assembling outside the venue, and security would be in place to remove anyone who has gathered. 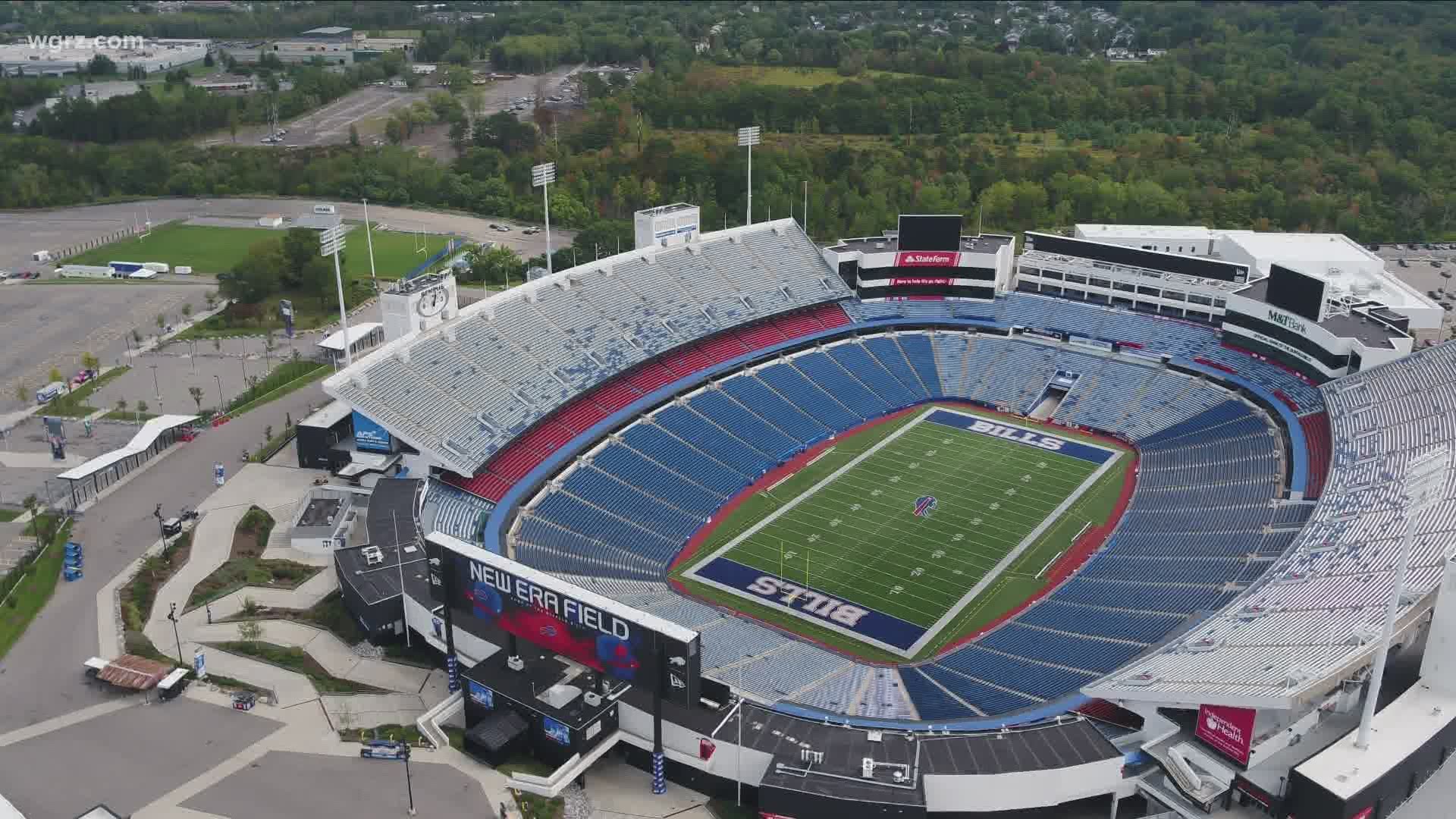 BUFFALO, N.Y. — How would a Bills game look in the fall? For starters, according to New York State, there would be no fans if the season started today.

The state issued guidelines on Wednesday for the reopening of professional sports, which stated, in part, that "no live audience, fans, or spectators are allowed to attend or permitted to enter any professional sports venue, even if an outdoor venue."

The guidelines exist "at the time of publication" right now, but are subject to change.

Fans would also be banned from assembling outside the venue, and security would be in place to remove anyone who has gathered.

So without any fans, how would the players have to conduct business on the field?

For starters, social distancing practices would remain, with a recommendation of "team staff, athletes, and venue personnel maintain 6 feet of distance from other individuals or groups of people, to the extent possible, and not withstanding proximity or contact that may occur during competition or other core activities."

Face covering would be mandatory when the athletes are not active.

Limits on frequently shared places such as locker rooms, restrooms, lounges, team benches and similar spaces would also be in place.

RELATED: What will a Bills game look like during the COVID-19 pandemic?