New Yorkers are still running into problems with unemployment

'The callers are working from home, so one of the difficulties is people are not answering it because it's an unlisted number, or an unknown number.' 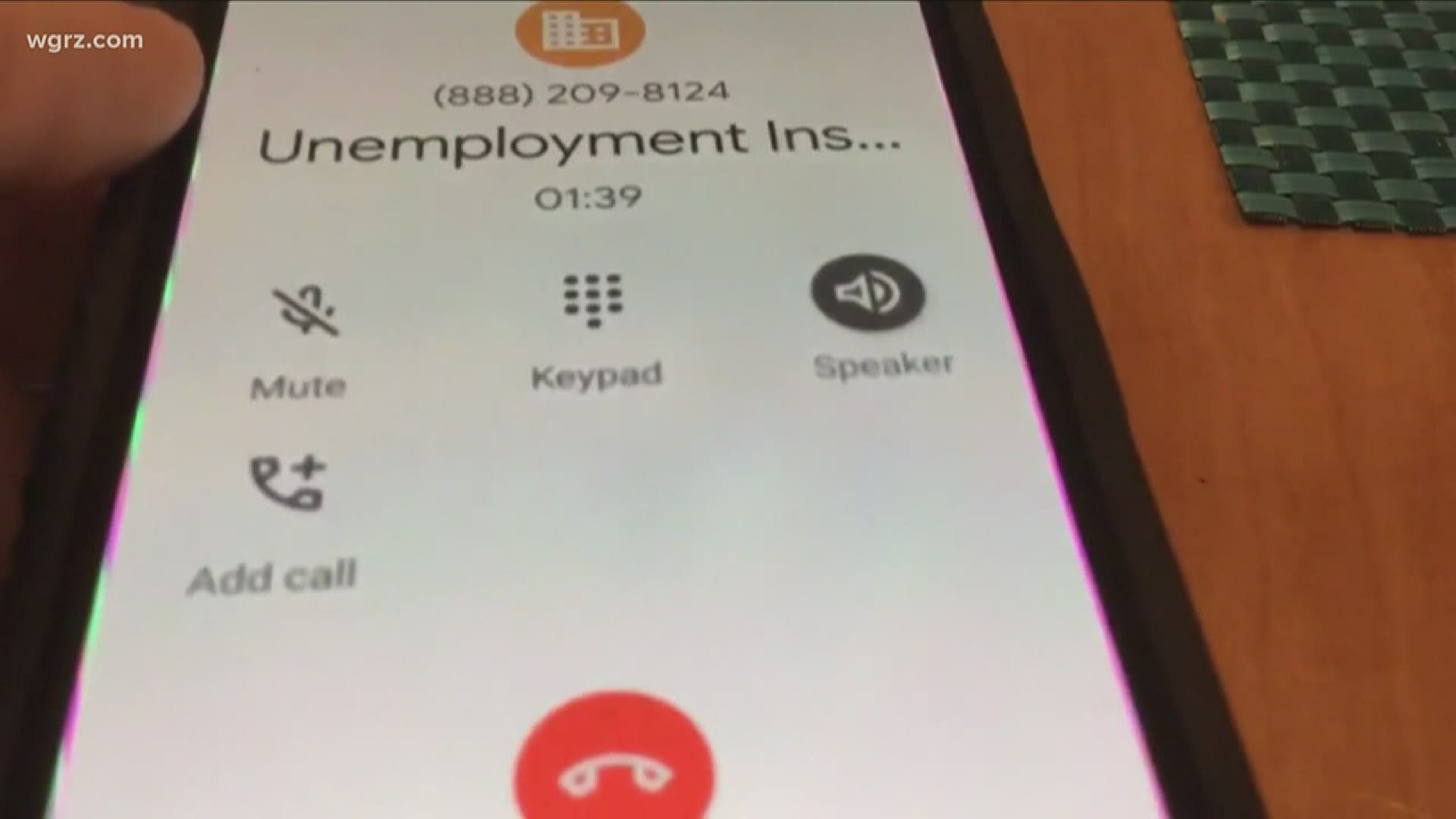 NEW YORK — New York is still dealing with an overload of unemployment claims.

"The frustrating part is that you keep calling the number, they say keep calling back. I've made over 2,000 phone calls," Mark Stevens of Lancaster said.

"We are working together to try and figure out the best way possible to expedite this," she said during a briefing Thursday.

DeRosa said the state's new system no longer requires you to keep calling them about your claim. Instead, one of the 1,000 workers for the Department of Labor will call you back within 72 hours.

"When the state realized that their system was antiquated, they started working with, I want to believe Google, and they came up with a new system," Assembly member Angelo Morinello said. "First of all, they streamlined the application. Then you submitted it online, and you would get a call back, and you didn't have to call anymore."

Morinello said he gets daily briefings from the Governor's office and said with the new system came a new problem, people not answering the call.

"The callers are working from home. so one of the difficulties is people are not answering it because it's an unlisted number, or an unknown number," he said.

DeRosa is recommending anyone waiting on unemployment to answer calls from an unknown number.

However, for people like Mark Stevens, the new system hasn't helped. He is still waiting for a call back.

"So I called and it said you have no need to call back for your unemployment we will get back to you and this was late last week and I still haven't received a phone call to finish my claim or to see what the issue is with my claim," he said.

To those who haven't gotten a call back, Morinello recommends reapplying in case your application got lost due to a glitch.

"The Governor's staff is working feverishly to make this more user-friendly and to get people money," he said.

RELATED: Did you receive a call from a private number over the weekend? That may have been the unemployment office

RELATED: Where is your stimulus check?