The state conducted 82,737 COVID-19 diagnostic tests on Friday, with 753 of them coming back positive for a rate was 0.91 percent. 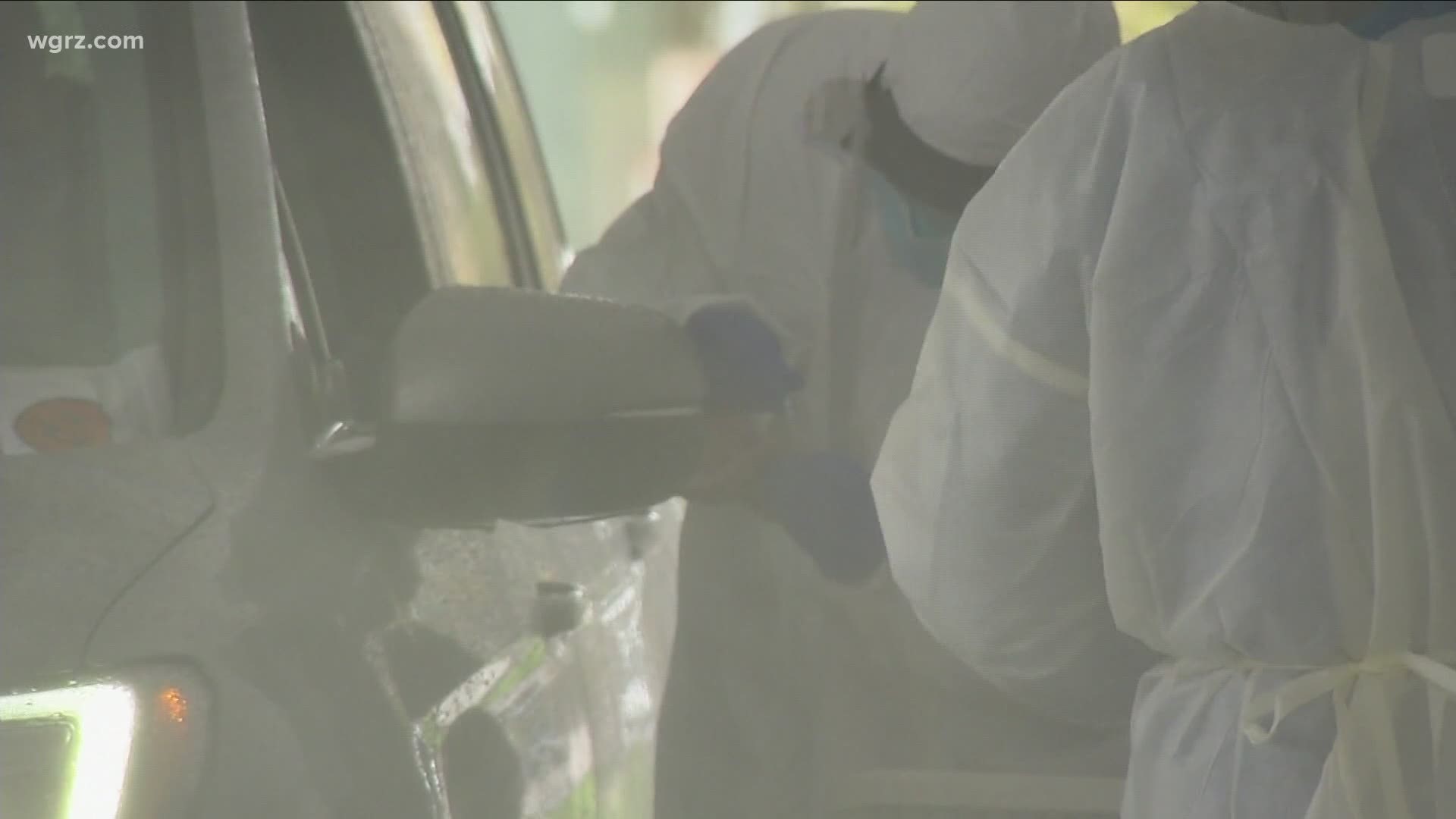 ALBANY, N.Y. — Five months ago, the lives of New Yorkers changed for the indefinite future, as the first case of COVID-19 was confirmed in the state.

Now the state is remaining "New York Tough" as social distancing practices keep numbers low. The state also continues to enforce the requirements that have been put in place during the pandemic.

The state also hit a new milestone on Friday, when the New York conducted the highest number of tests in a single day in the state.

The state conducted 82,737 COVID-19 diagnostic tests on Friday and 753 were positive. This means that Friday's percent positive rate was 0.91 percent.

The Governor's Office also announced on Saturday that the State Liquor Authority (SLA) and State Police Task Force have found that four percent of establishments inspected in New York City and Long Island on Friday night were violating the state requirements.

82,737 tests — the highest number of tests ever conducted in a single day in the state. https://t.co/clJ4AN6jmC

Across New York hospitalization increased by five on Friday, to 581 people hospitalized. There were 92 newly admitted patients to hospitals, and 79 people discharged, statewide on Friday.

Four people died across the state on Friday, which brings the death toll up to 25,164 New Yorkers who have died from the virus.

"Our future is dependent on what we do, and social distancing, wearing masks and washing hands are useful and effective tools as we combat this virus. New Yorkers should continue practicing those basic behaviors and local governments should enforce state guidance. That's what it means to be New York Tough," Gov. Andrew Cuomo said in a news release on Saturday.