The group says the new budget already lays out three programs that are aimed to help restaurants and bars, and 5% of those newfound funds would go a long way. 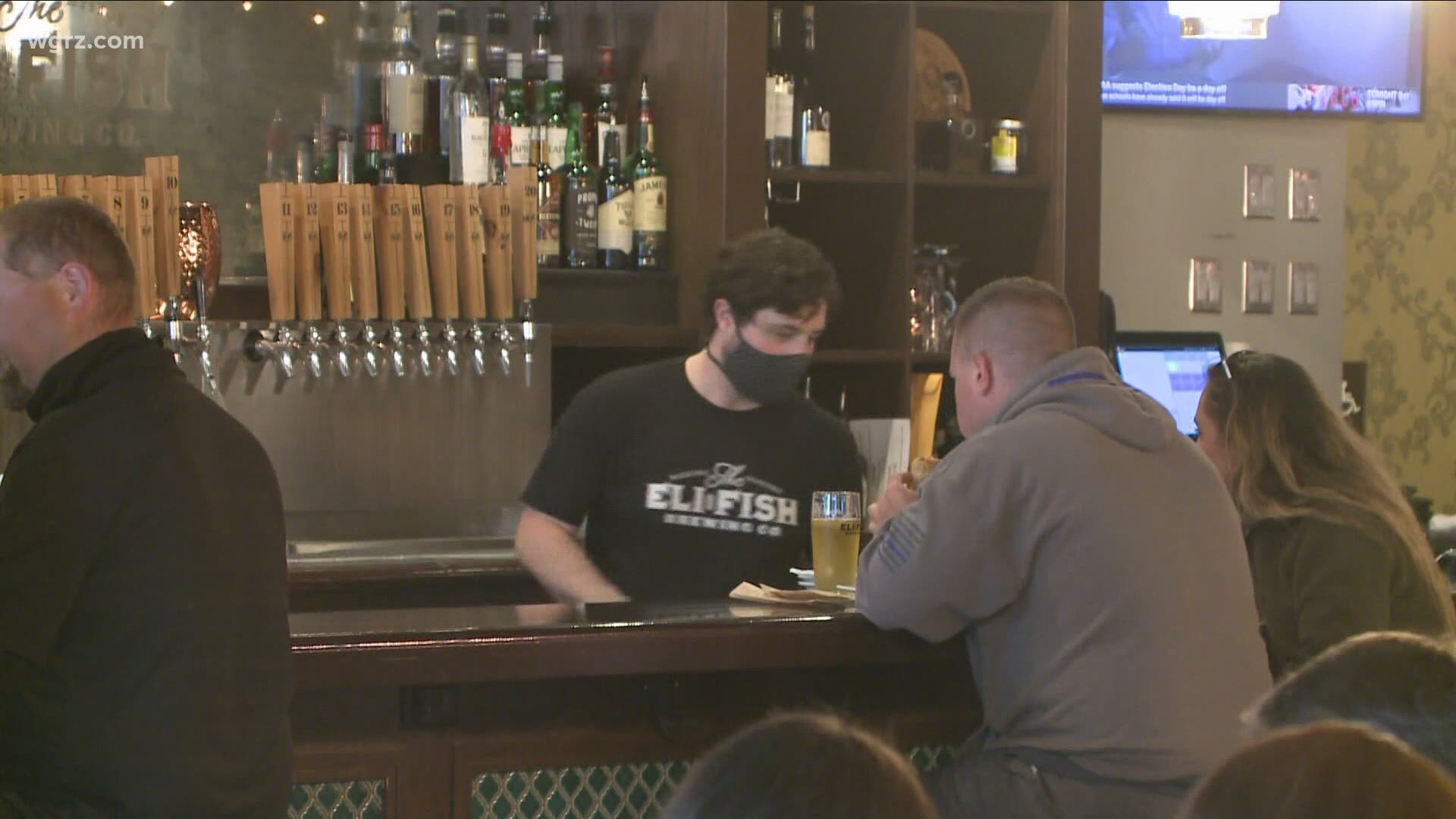 BUFFALO, N.Y. — The New York State Restaurant Association is calling on lawmakers to increase the aid to the restaurant, bar, and catering industries.

The call comes after it says the state announced it has $5 billion available to rescue a variety of industries.

The association says the new budget already lays out three programs that are aimed to help restaurants and bars, and a mere 5 percent of those newfound funds would go a long way.

"For the last year, we've certainly been understanding when the status said, 'Hey, we don't have any funding, we don't have any money we need, we need support to we need help from the federal government,' " according to Melissa Fleischut, the president and CEO of the New York State Restaurant Association.

"So we've understood that, and we've been really patient. And now it seems like the perfect time as they go through the budget, they've already put some programs out there."

The association says that the state has not provided any relief to the restaurants and says their proposed $250 million would begin to heal the wounds the coronavirus pandemic has inflicted on the industry.

"New York's hospitality industry has borne the brunt of the economic impact leveled by the pandemic," Fleischut said Friday in a statement. "It’s been more than a year of constant struggle, but we still need more assistance. With the state’s recent announcement of an additional $5 billion in funds, we are calling on the Governor and Legislature to dedicate funding to save restaurants from failure.

"A mere 5 percent could be used to provide significant relief to every single one of the state’s restaurants, bars and caterers and kick-start the industry’s recovery. As State leaders start to finalize the budget, now is the time for the State to step up and help where it matters most."