'I think anyone that doesn't see the mistake of what happened is complicit in the results,' State Senator George Borrello, a Republican lawmaker, said Friday. 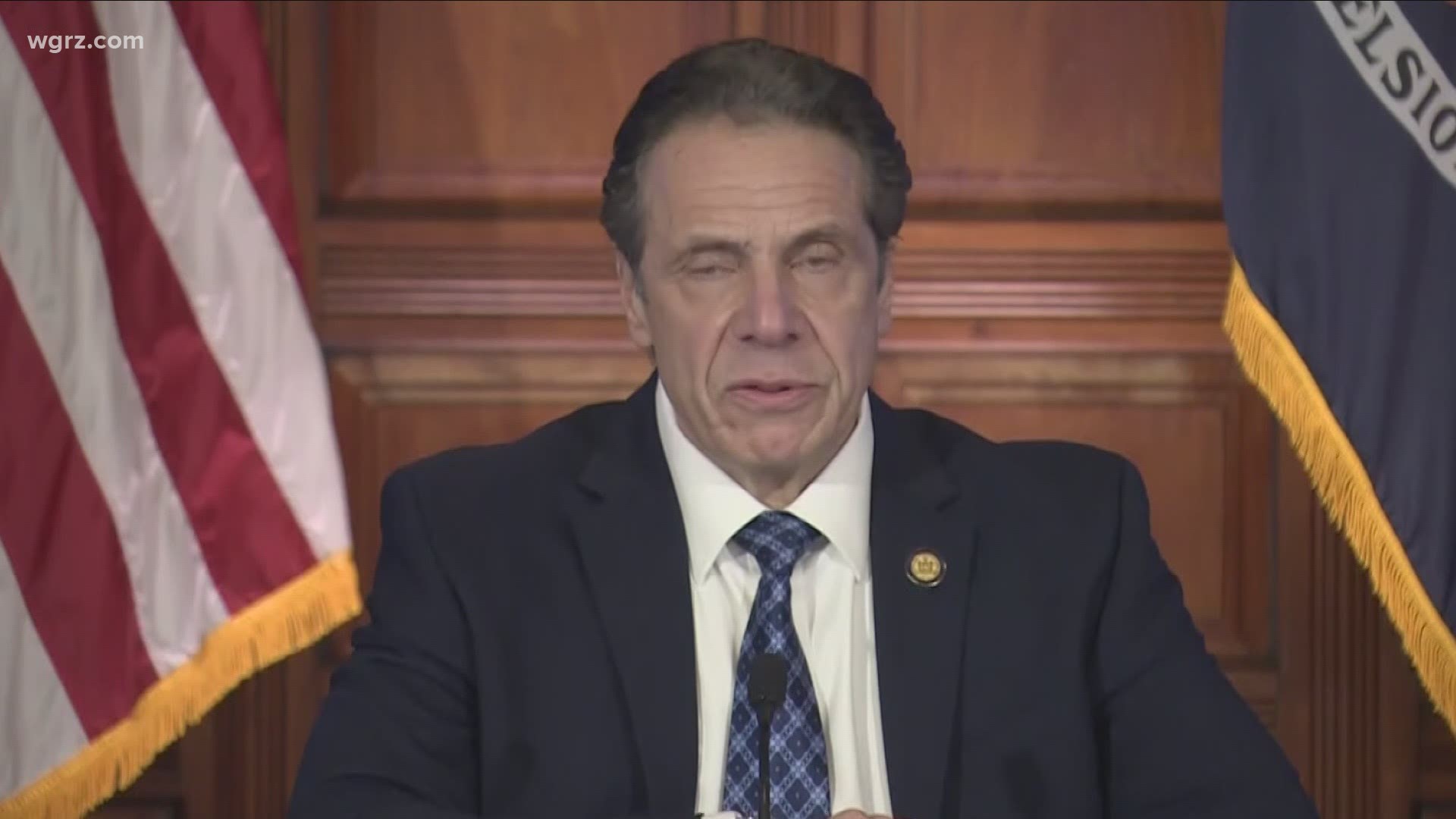 BUFFALO, N.Y. — Amid outspoken critiques from both sides of the aisle, for the second time, this week Gov. Andrew Cuomo and members of his executive team defended their handling of nursing home deaths.

"I want to set the record straight on nursing homes," Governor Cuomo said during a Friday news conference.

The governor said he made a mistake in leaving New Yorkers without more information about the situation and not providing information in a timely manner.

Health Commissioner Dr. Howard Zucker defended the decisions they made regarding nursing homes in March, saying that they made the best decisions with the information they had at the time.

"You make the decisions based on the information you have at the time. We made the right decision at the time, and faced with the same facts we would make the same decisions again," Dr. Zucker said.

That includes the controversial March 25 decision directing nursing homes to accept patients from hospitals and barring operators from testing them for COVID-19.

"I think anyone that doesn't see the mistake of what happened is complicit in the results," said State Senator George Borrello, a Republican.

He's among a majority of state lawmakers from Western New York, including every Republican and two Democrats, Assemblymembers Patrick Burke and Kate McMahon, who want to rescind the governor's emergency powers.

The powers granted by the state legislature back in March gave the Governor's Office broad power to create and rescind policy amid the pandemic.

But the removal of those powers isn't the only consideration among some lawmakers.

"You know impeachment is a trial process, right? It is the legislature discovering information, that's where you call witnesses, so if that's the process we need to follow ... then nothing should be off the table when it comes to getting to the bottom of this," Borrello said.

Borrello has called the actions of the Governor's Office "a coverup," and like many of his colleagues, he said he was stonewalled from requesting nursing home details.

"You know we all asked these questions people on both sides of the aisle asked for information and were denied," Borrello said.

Actions a top aide defended in a transcript of a February 10 conference call with lawmakers in which she explained why the Governor's Office didn't release the information amid worries that President Donald Trump would use the nursing home details against them.

The many layers of details however are now on full display and swaying members of the governor's own party to reconsider.