"Go get a test," Governor Andrew Cuomo said. "It doesn't cost you anything. It doesn't hurt." 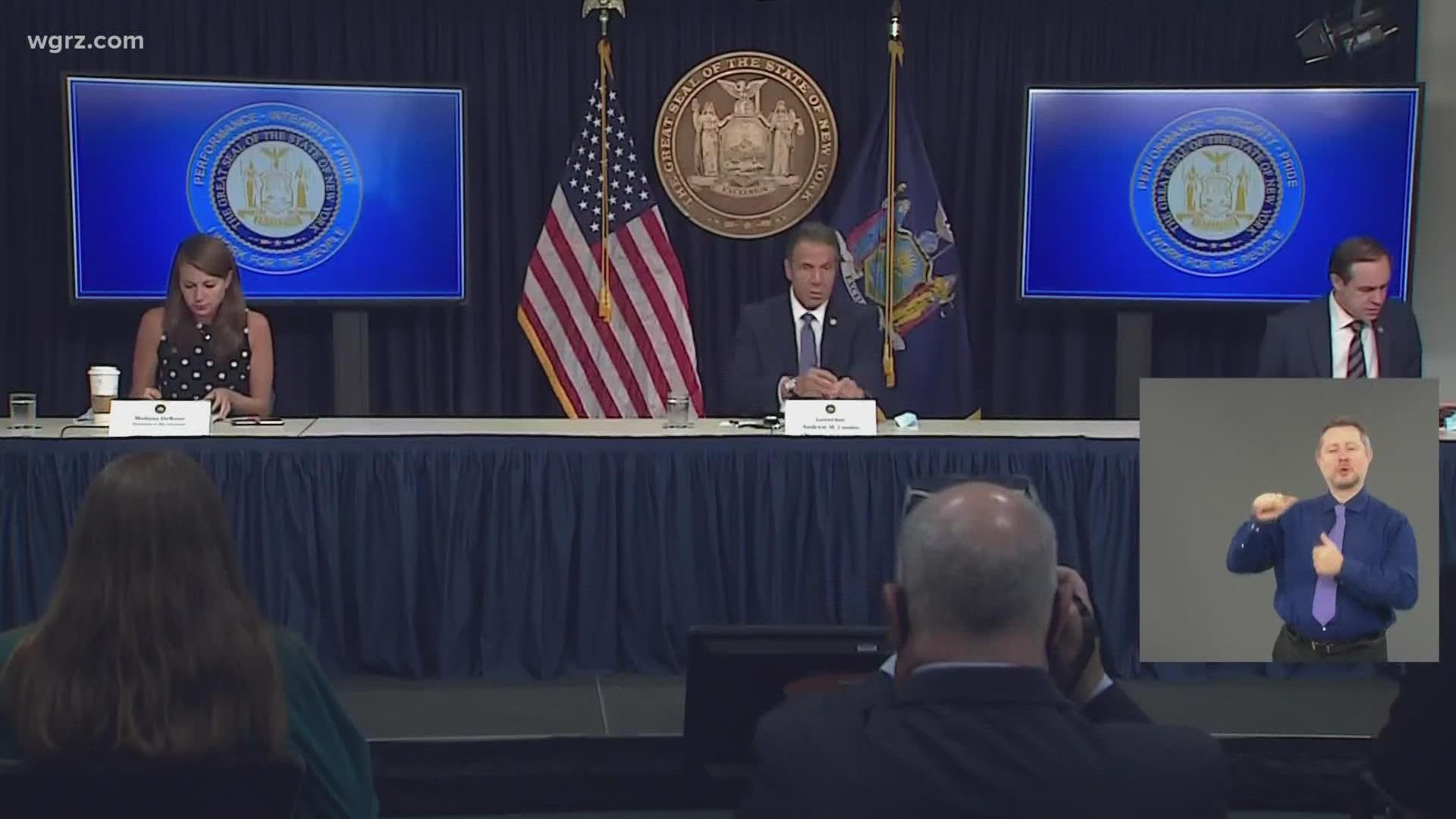 As other states across the U.S. are seeing spikes in COVID-19 cases, Cuomo says the numbers in New York State are "great." The governor added that New York State has had four straight days of hospitalizations under 900, and the lowest five day average since March 18.

There are currently 879 total hospitalizations across the state. The governor says 56,710 tests were performed on Tuesday and of those tests, 625 came back positive for a rate of 1.1 percent.

Cuomo announced that New York is expanding its testing criteria across the state to all New Yorkers. The governor is encouraging everyone to get tested, saying it is free and easy.

"Go get a test," Cuomo said. "It doesn't cost you anything. It doesn't hurt."

The governor says Phase 3 indoor dining in New York City will remain postponed until it is safe to do so. Cuomo says citizen compliance in New York City is slipping, and the local government is not correcting the problem.

As a way to correct this issue, Cuomo announced New York State will create its own enforcement department to supplement local enforcement.  However, the governor says he does not have the resources to do this across the state.

RELATED: Clear the air: Malls now mandated to have air filters that can handle COVID-19