CDC numbers show that 71.7% of New Yorkers 18 and older have had at least one vaccine dose, and that 64.3% have completed their vaccine series. 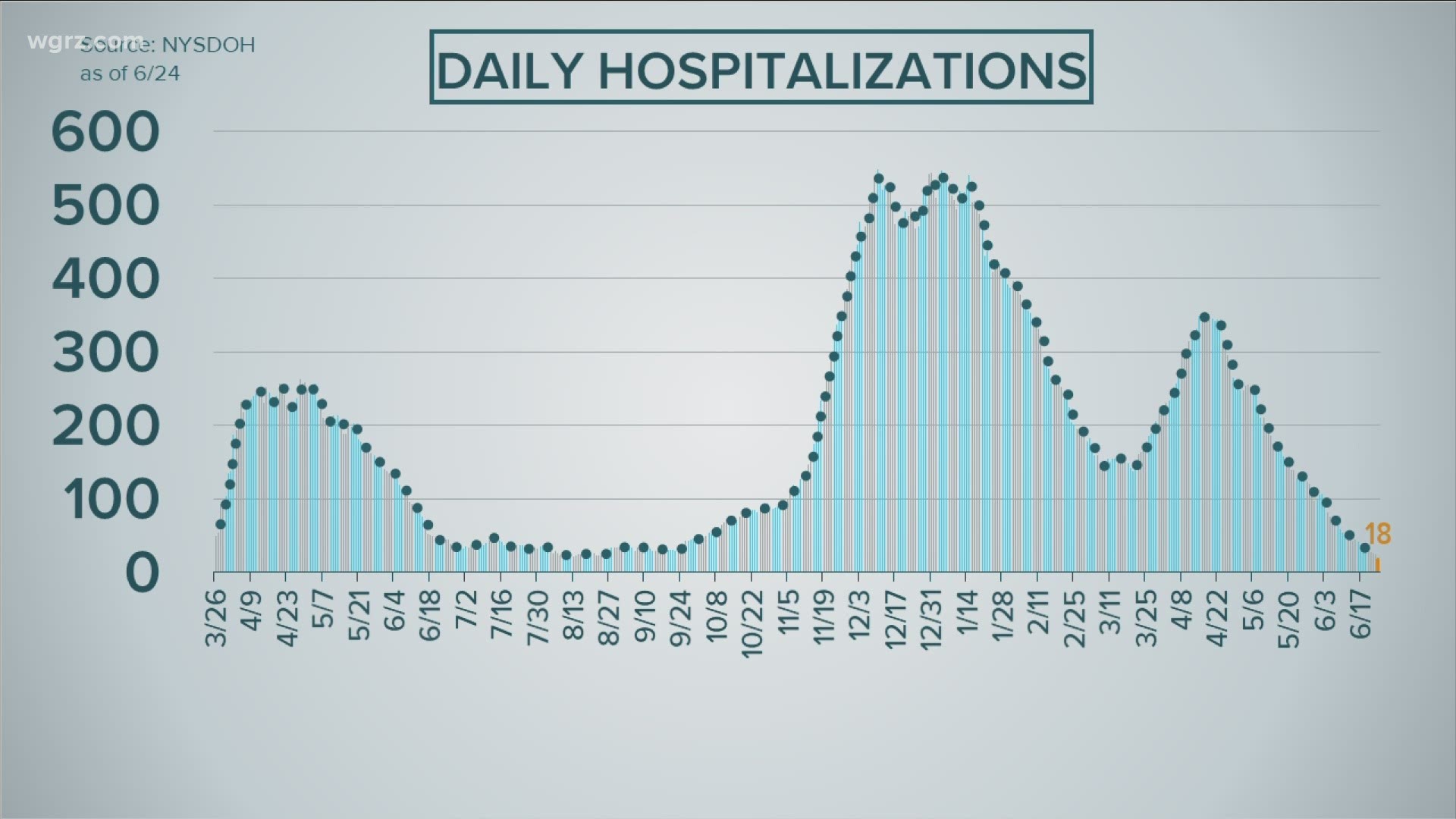 BUFFALO, N.Y. — More than 21 million doses of the COVID-19 vaccine have been administered in New York State, the Governor's Office announced Sunday.

The state also reported Centers for Disease Control and Prevention numbers that show 71.7 percent of New Yorkers 18 and older have had at least one vaccine dose, and that 64.3 percent have completed their vaccine series.

In the state's daily report, the Western New York region was at 0.26 percent with its seven-day average percentage of positive test results. That number is up from 0.21 percent on Friday and 0.20 percent on Thursday.

In the Finger Lakes region, which includes Orleans, Genesee, and Wyoming, counties, the seven-day average on Saturday was 0.39 percent. That's down from 0.40 percent on Friday and 0.44 percent on Thursday.

"The vaccine is the weapon that will win us the war against the COVID-19 beast. It is safe, effective, free, and readily available to New Yorkers across the state. If you haven't already, take advantage of ongoing incentive programs and get your shot today," Gov. Andrew Cuomo said in a statement.

"Now is the time to do so and get back to living life the way it's intended to be lived, fully and together."