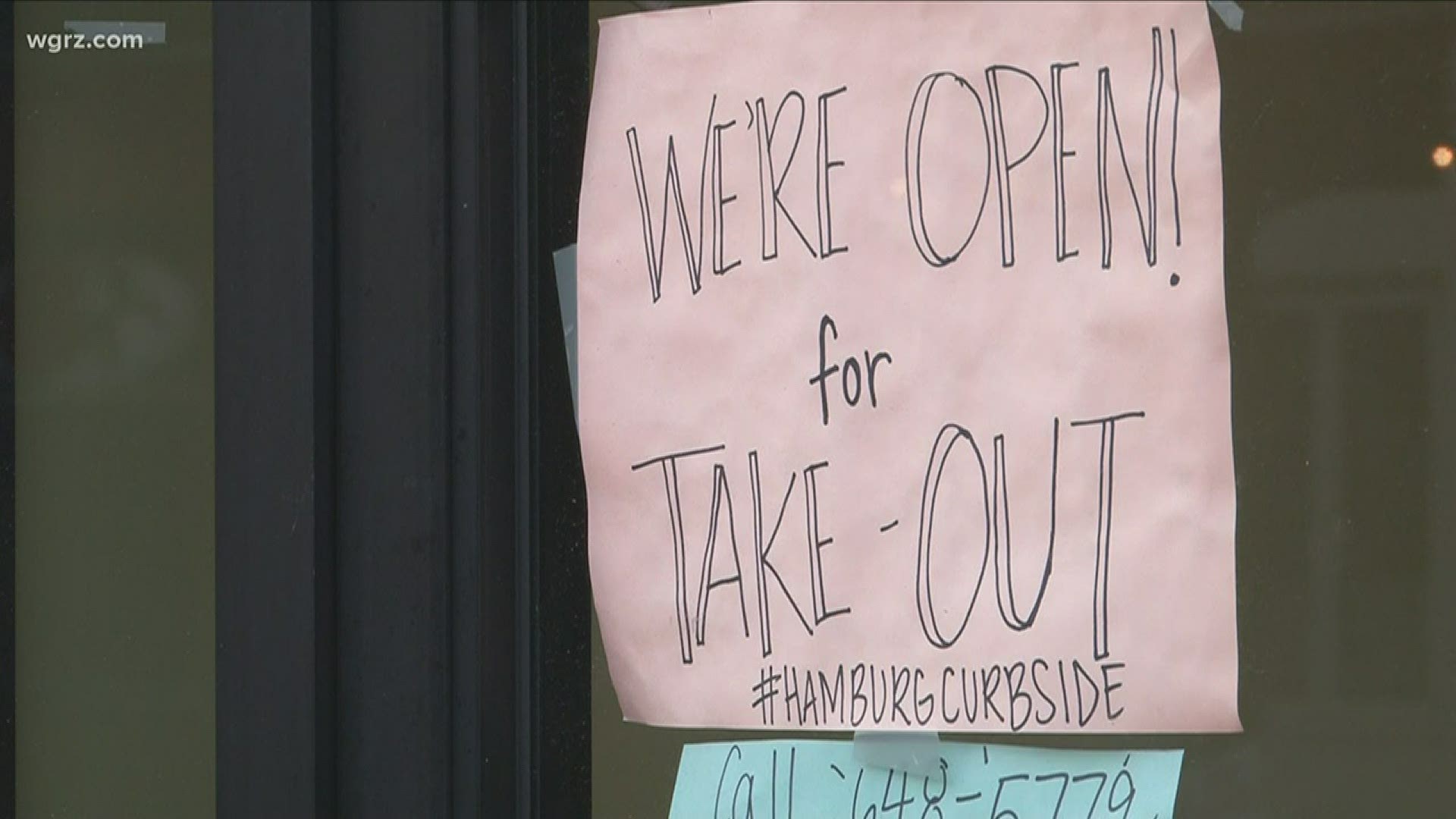 NEW YORK — With many restaurants closed or relying on takeout orders due to the COVID-19 pandemic, the New York State Restaurant Association released the results of a survey about economic impact on the food industry.

The results painted a grim picture of the industry in the Empire State.

"What we found unfortunately is that 80 percent of the employees in the industry, about 527,000 employees statewide, have either been furloughed or laid off from the restaurant industry," New York State Restaurant Association President Melissa Fleischut said.

With many restaurants either temporarily closed or relying on takeout orders to remain open, the survey found that many New York restaurants have already decided to close permanently.

"According to the survey, 4 percent of restaurants have already chosen to permanently close and will not reopen, and right now roughly half are closed not even doing delivery and takeout," Fleischut said.

Chuck Mauro is the owner of four restaurants in Western New York. He said he was forced to close his restaurants because takeout was not enough.

"When PPP was announced, that gave us the opportunity to revisit opening the restaurants and try again with takeout, which are going to do next Wednesday at all four of our locations," Mauro said.

When Governor Andrew Cuomo gives permission for restaurants to reopen again, Mauro said they are making a plan to make sure that it is safe.

The nationwide survey reached more than 6,500 restaurant operators, including 550 in New York, and was conducted April 10-16. Here are some of the findings: