Chris Summers has a pending unemployment claim, but $600 was deposited into his account by the unemployment office. He just wants to know if that money is really is. 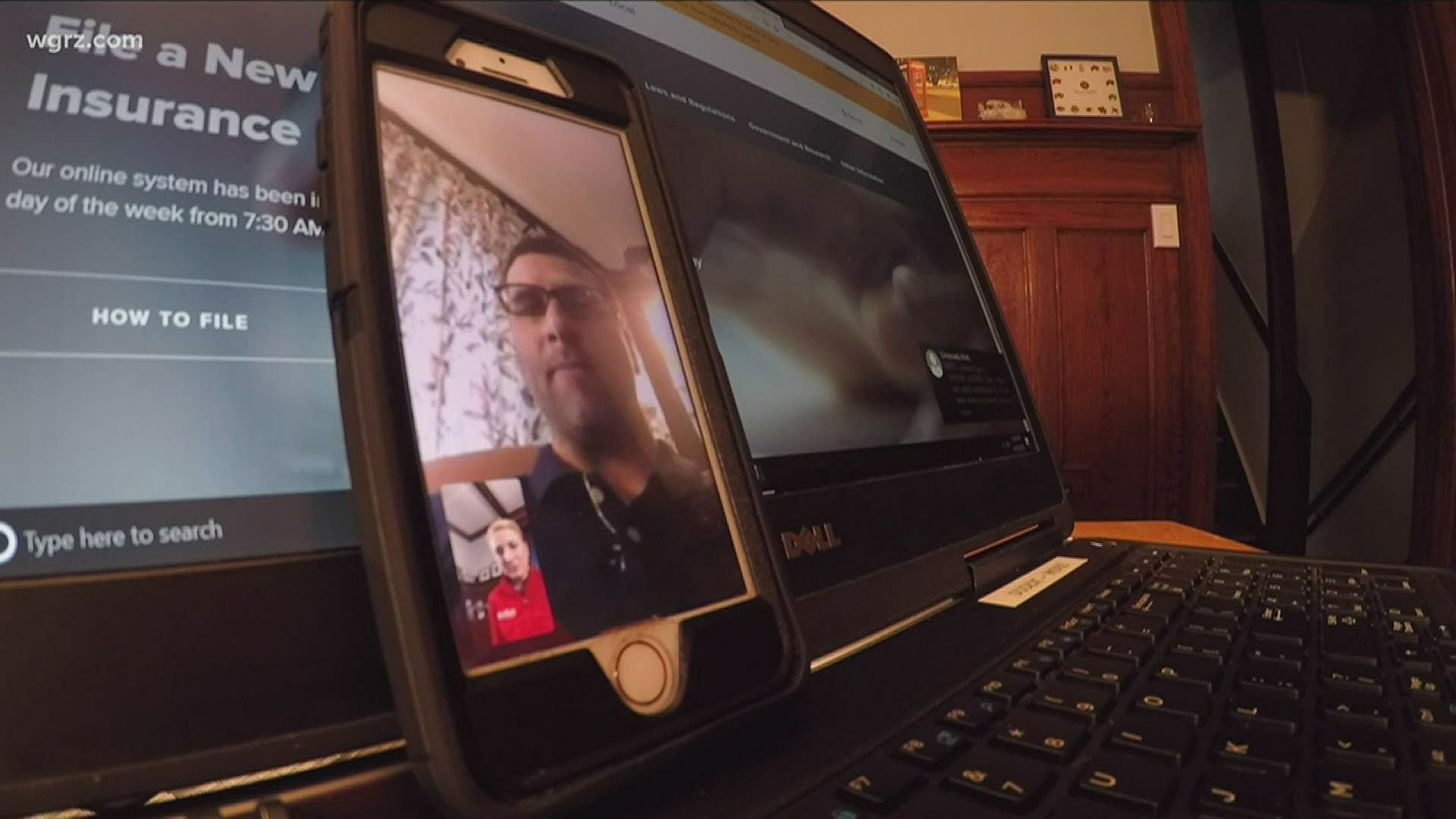 BUFFALO, N.Y. — UPDATE: The NYS Department of Labor got back to us on Tuesday, May 5 with answers about the $600 payment. You can watch the latest story here.

We've heard from some of you who still have pending unemployment claims, but got payments.

They are not for the amounts people were expecting, so they are wondering if that money really belongs to them or if it's a mistake.

2 On Your Side spoke with a Western New York man Thursday morning who did not want to be interviewed, but said he doesn't know why money showed up in his account while his claim is still pending. The same thing happened to his wife, and they're not alone.

Gov. Andrew Cuomo said again Thursday that New York is far ahead of other states when it comes to the amount of unemployment claims it's paid out, but we know that Western New Yorkers are still having a lot of problems finalizing their claims.

Chris Summers owns a blacktop and concrete company. He lives in Cheektowaga and has been waiting for his unemployment claim to be finalized since early March.

"So, you don't know if that money is yours or not," 2 On Your Side’s Kelly Dudzik asked.

"Yeah, I don't know if it's mine or not, but it came from unemployment," Summers said. “My business, it could go bankrupt because of this situation they're putting us in. I don't think it's right for this to be happening. I know they're working hard, but there should be a better process to this."

"What would you say to somebody with the Department of Labor if you could talk to them right now?" Dudzik asked.

"I'd like to know where the money came from. When should I hear about getting paid? Am I going to get my back pay? Because I'm a business owner, so I only probably going to qualify for the pandemic insurance, and so you're going to probably just pay me from the beginning of April, what about the rest of the weeks? So, I know I'm worrying what are they going to do with the rest of the weeks that I tried filing for?" Summers asked.

Summers says he started trying to file for unemployment in early March.

"I decided to start calling, and I finally just like by calling, like, once or twice I finally got through, it must have been the phone line was opened up. And I could hardly hear the person on the phone. And, they said to claim my benefits weekly, and I should be hearing something by mail. And, I haven't heard nothing, and that was maybe three weeks ago. So, I haven't heard nothing at all," Summers said.

"But you got the mystery $600 in direct deposit," Dudzik said.

"And I have read on Facebook that several people have gotten the mystery 600 dollars, and they don't know where it came from," Summers said.

2 On Your Side asked the New York State Department of Labor about this Thursday morning. A spokesperson got back to us and said they're working on getting us an answer.

Summers just wants to know if that money is really his or if it is a mistake.

RELATED: Here's what you need to know about New York State unemployment insurance