Gov. Hochul to health care workers: Get the shot or be replaced 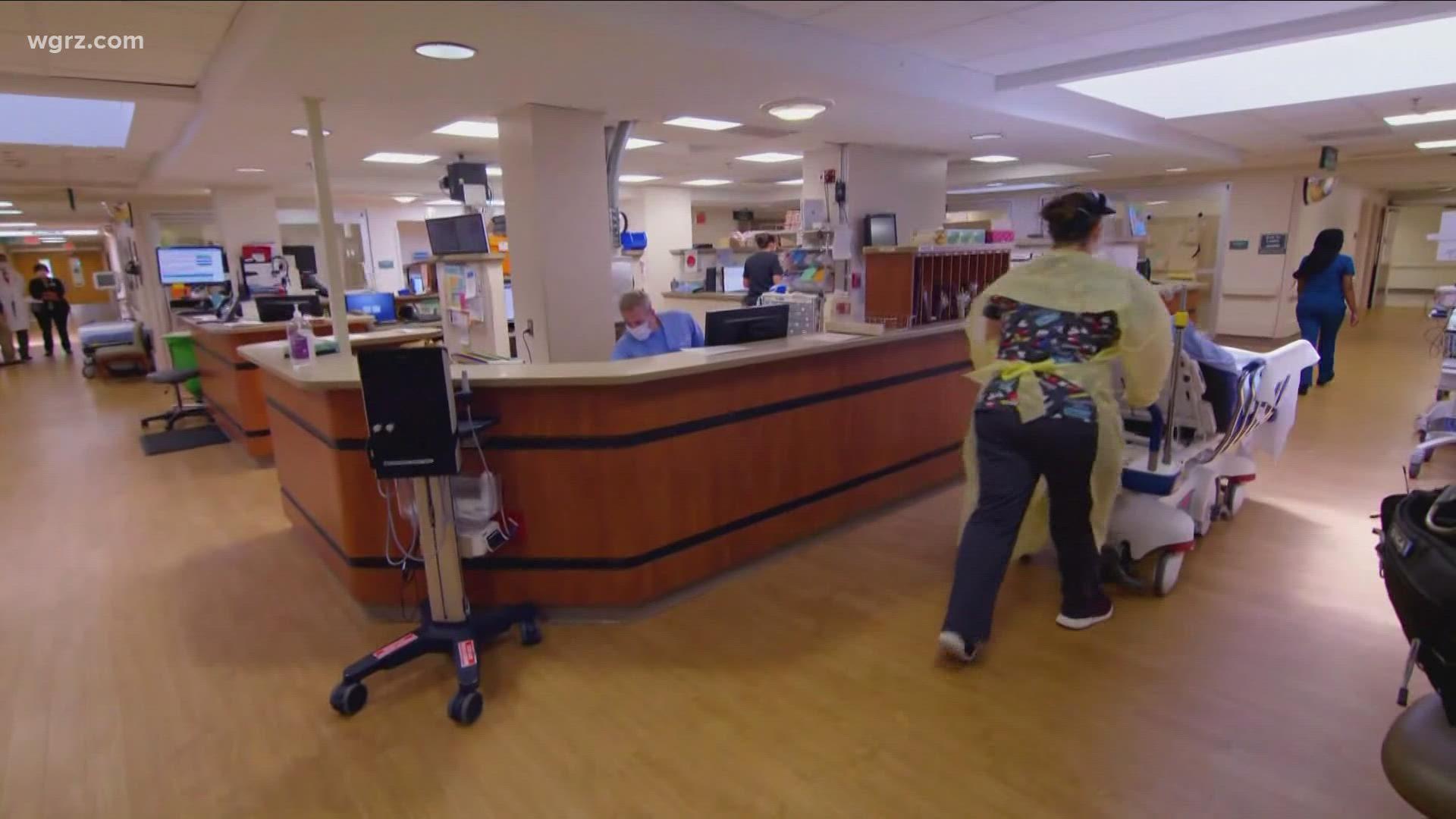 LEWISTON, N.Y. — New York Gov. Kathy Hochul had a firm message for health care workers who face a deadline next week to be immunized for Covid-19.

Get the shot or be replaced.

The governor remains adamant about this policy despite the perhaps unintended consequences that are already cropping up in terms of taxing local health care systems.

Mandate was announced in mid-August

The mandate for health care workers to be vaccinated by September 27 in order to keep their jobs, was first announced by disgraced former NY Gov. Andrew Cuomo back on August 16, just six days before he resigned amid allegations of sexual harassment and misconduct.

Hochul's instance that the mandate be carried out, with no test-out option, has served to exacerbate an already existing health care worker shortage, with some hospitals already pausing elective procedures and even maternity services because, on top of being already short-staffed, they may have to fire health care professionals who have decided not to get the shot.

Western New York's largest hospital, Erie County Medical Center, announced on Tuesday that it expects to lose 400 workers due to the mandate.

Hochul, however, stuck to her guns while visiting the Niagara power Project on Tuesday.

"To those who refuse we will find replacements," Hochul said. "We'll be working very closely to have a multi pronged approach which I'll be announcing shortly."

Hochul, who began her service as Governor by announcing that the top down approach of the Cuomo administration was a thing of the past, gave no details on how the state plans to arrange for qualified replacement health care workers in an already tight labor market, But she said  she would have more information "in a day or two".

Judge says not so fast

Earlier this week a federal judge temporarily blocked the state from enforcing any part of its mandate that prohibits religious exemptions after 17 healthcare professionals filed a lawsuit.

Judge David Hurd in then Utica extended the temporary restraining order to October 12, to give sides time to argue their case.