According to Gov. Andrew Cuomo's office, COVID-19 hospitalizations dropped to 2,024 on Saturday, which is the lowest this number has been since November 15. 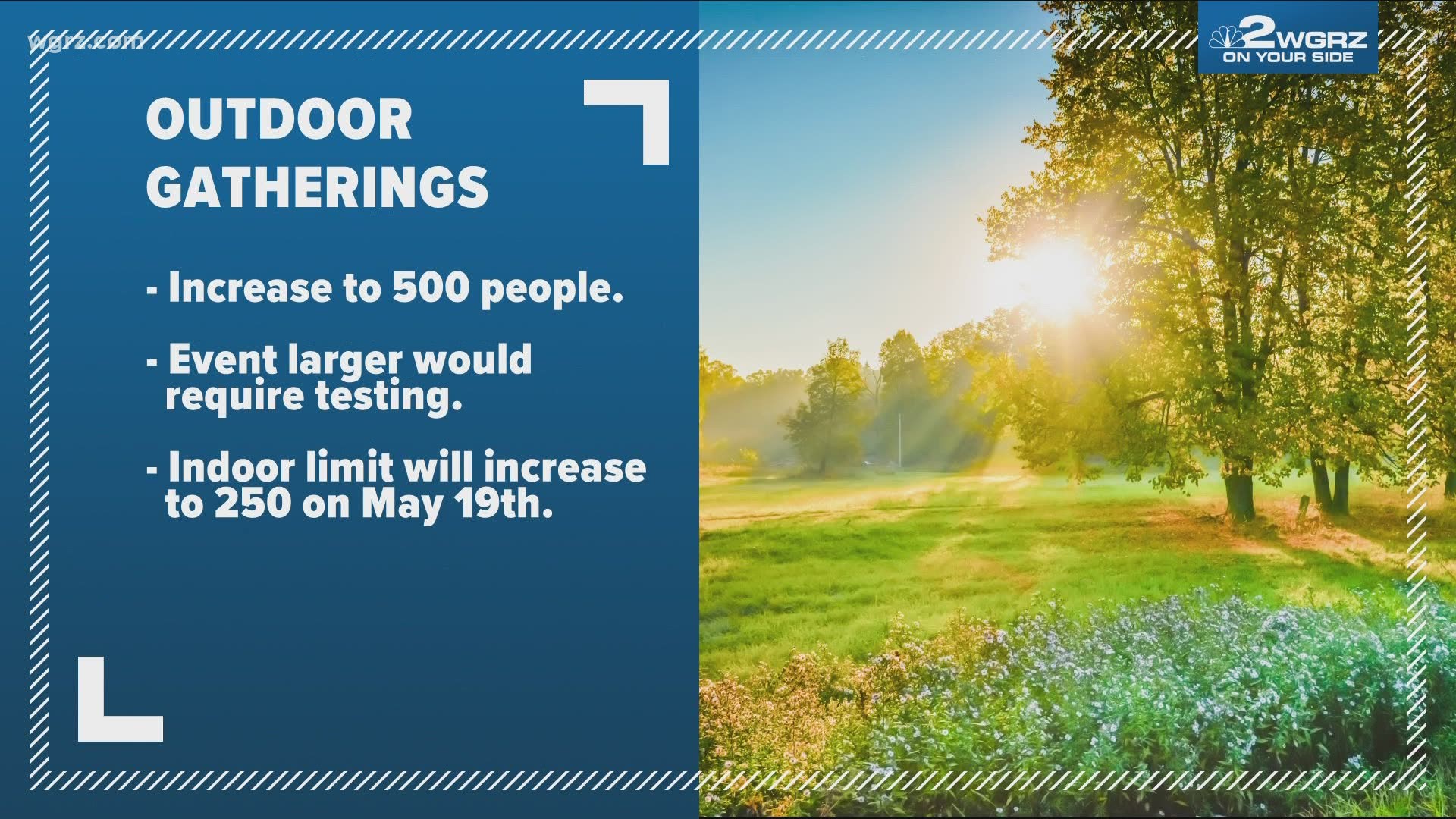 ALBANY, N.Y. — The number of COVID-19 hospitalizations across New York State are continuing to decline.

The state reports that 171,287 tests were reported on Saturday, with 2,269 coming back positive for a percent positive rate of 1.32 percent.

"The numbers and data are showing that New Yorkers are beating back the COVID virus and moving our state forward into the new normal," Governor Cuomo said. "We must remain vigilant and getting vaccinated is the lynchpin of our ability to rebuild New York for the future. I urge everyone who has not yet made a vaccination appointment to do so immediately. The more New Yorkers get vaccinated, the safer we are as a state."

The number of people hospitalized in the Western New York region also decreased on Saturday. The state reports that 218 people were hospitalized on Saturday, which equates to .02 percent of the region's population. At this time, 33 percent of hospital beds would be available within seven days under a surge plan.