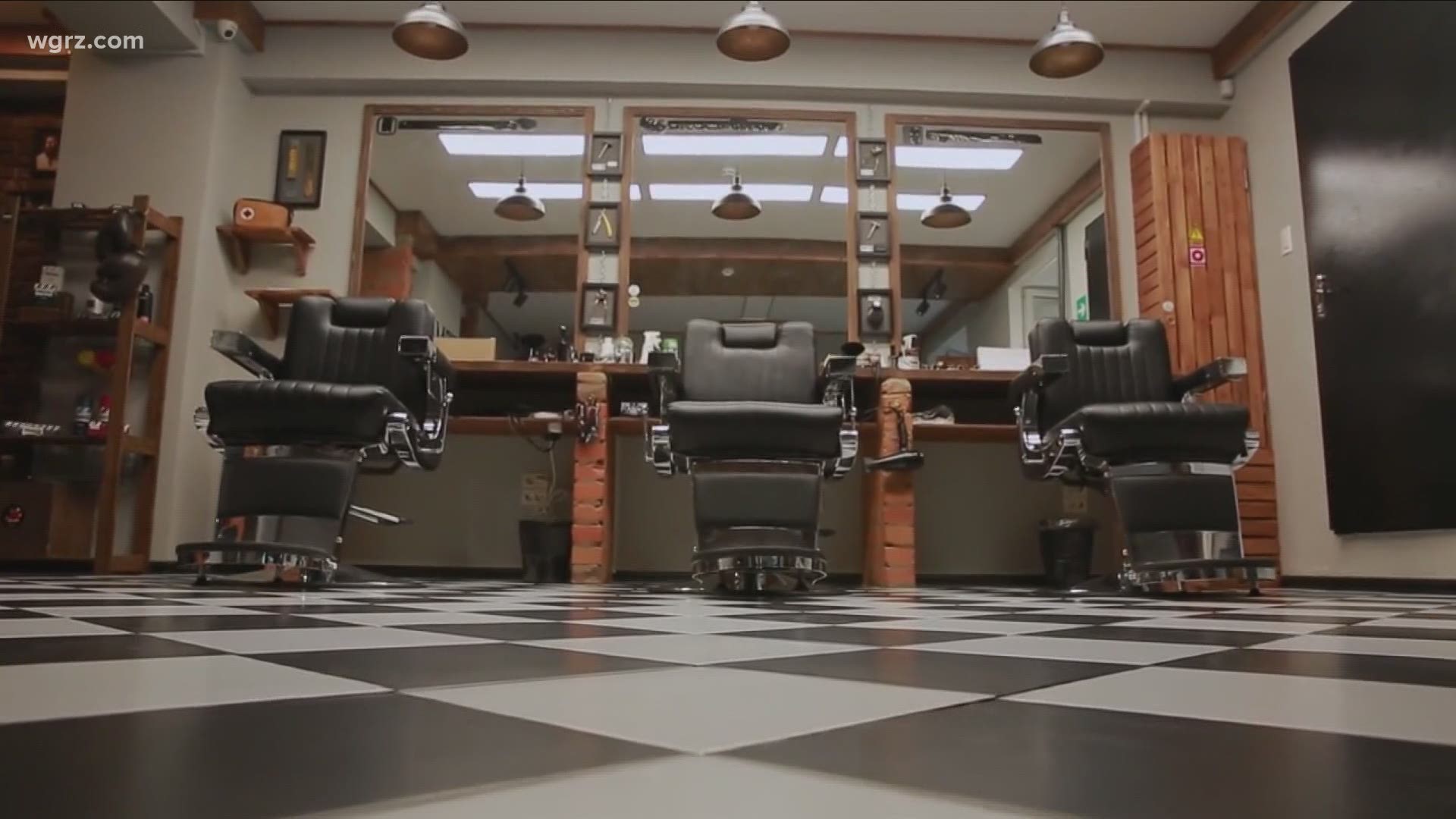 AMHERST, N.Y. — The Amherst law firm that filed the recent lawsuit on behalf of 90 Western New York restaurants is now preparing for its next legal fight against New York State, which will impact salon employees and kids who participate in youth sports.

Under NYS guidelines, personal care services are able to operate at 25 percent capacity, and all employees must get a COVID-19 test each week.

"Well, can we at least knock down that testing a little bit so it's every couple weeks?" Hogan said. "For hair salons that's 0.14 percent of viral spread, so at the end of the day, it's less than two-tenths of a percent they are responsible for."

Joanna Falletta owns Blush and Brow on Main Street in Williamsville. She is one of the 40 owners listed in the lawsuit.

"Well, I'm a little disappointed in the weekly testing because …  some of the industry has part-time people that sometimes only work one day a week, and there is no guarantee they are going to get a free test, so they are working just to get that weekly test," Falletta said.

Hogan said Thursday a judge denied their request for a preliminary injunction, which would've allowed salons to cease testing until a formal hearing is held.

Hogan said they will be back in court soon.

Also in the works, more than 100 people in Western New York have joined a lawsuit to change the NYS restrictions on youth and high school sports.

The NYS Department of Health allows low-moderate risk sports, which include sports such as tennis, baseball and field hockey. Hogan said he is asking for sports listed under the high-risk category, such as basketball and hockey, to be moved into the moderate category.

"When the evidence is there is no viral spread in these sports, whether it's hockey, football, basketball, any of these sports that are so called high-risk sports, we are going to simply go in and ask that they consider moderate risk," Hogan said.

Dave Mansell is a parent, teacher and coach who has been helping orchestrate the lawsuit.

"The best thing we can do right now is get kids at practice with certified trained coaches that are going to make them safe and allow them to have structure for five, six, seven days a week," he said.

Attorney Corey Hogan said he is representing 40 hair salon owners who are suing NYS over the weekly COVID testing requirement. Hogan said today a judge DENIED their preliminary injunction to remove that requirement.
He said they will be going back to court. @WGRZ pic.twitter.com/5cm9w2x8uB