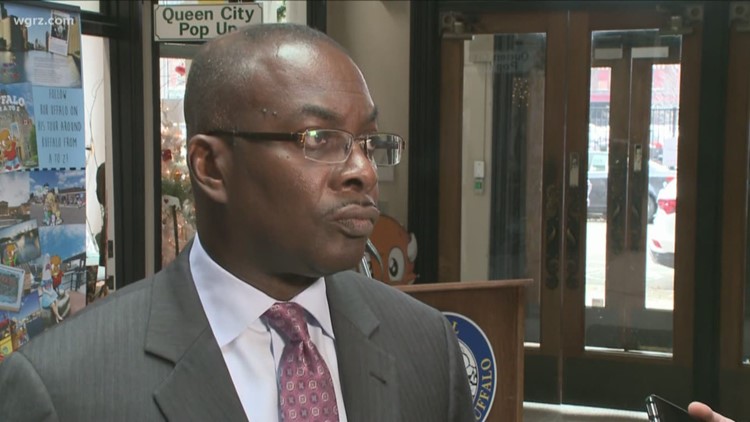 BUFFALO, N.Y. — Mayor Byron Brown on Wednesday said more will need to be done by the federal government to help Buffalo and cities its size or smaller.

During an afternoon teleconference, he said the $2 trillion economic rescue package moving through the Senate to address the coronavirus epidemic will not help Buffalo as much as other cities.

"The relief bill creates an additional burden on the City of Buffalo because municipalities with a population that is less than 500,000 are not eligible for direct aid in this relief bill," Brown said. "The federal government’s lack of direct support for medium-sized cities will therefore have a profound impact on the Buffalo’s fiscal outlook."

Brown went on to endorse the House of Representatives' economic package.

"I stand with Gov. Andrew Cuomo in calling on our federal leaders to address these issues now," he said. "While this legislation will help many of our recently unemployed workers, residents and certain business sectors, it falls short of providing the critical relief state and local governments need."

Mayor Brown touched on a number of other topics as well:

"We've hired additional cleaning staffs to sanitize and disinfect and give a deep clean" to police offices, he said.