"It's very obvious that we've made substantial progress over the past number of weeks," said Dr. Brahm Segal of Roswell Park Comprehensive Cancer Center. 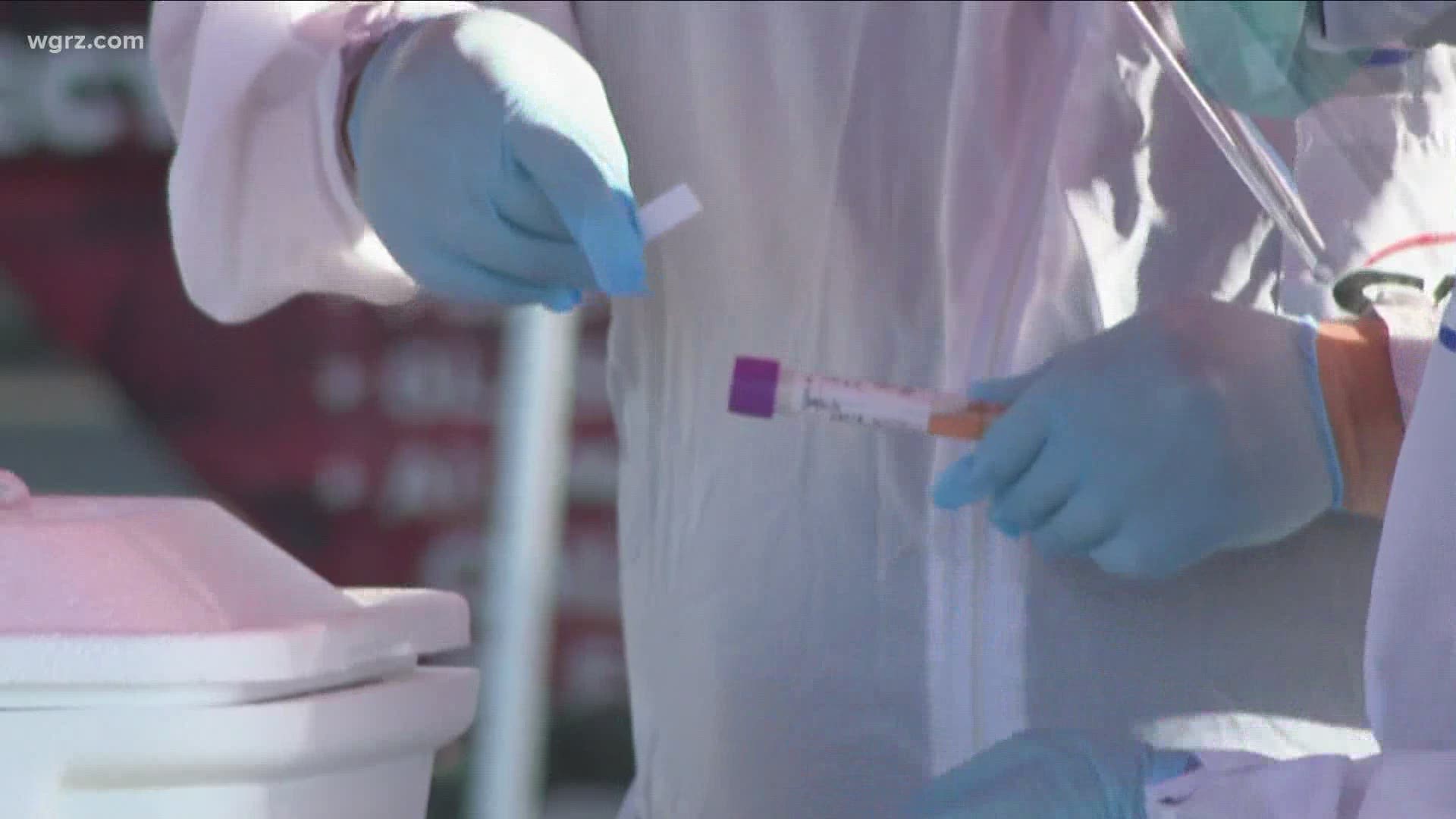 BUFFALO, N.Y. — On Tuesday, Erie County Executive Mark Poloncarz tweeted an example of how far Western New York has come in its battle with COVID-19.

Poloncarz wrote, "Very interesting change in comparison of Covid-19 cases and deaths in Erie County, Allegheny Co. (Pittsburgh), and Cuyahoga Co. (Cleveland). On June 1 Erie had more cases than both. Since then Cuyahoga cases have spiked, surpassing Erie, and Allegheny cases have nearly doubled."

He added, "It should be noted regarding previous tweet, both Ohio and Pennsylvania opened up earlier than New York and in shorter phases. Due to the rising cases, Allegheny County officials decided to shut down restaurants, bars, casinos and gatherings for a week starting July 3."

Local infectious diseases experts told 2 on Your Side Western New York is on the right track.

"If you look at the indicators in terms of the number of people who have tested COVID positive, the percent of people who undergo testing and turn out to have COVID, the number of people who are hospitalized on any given day, it's very obvious that we've made substantial progress over the past number of weeks," said Dr. Brahm Segal, Chief of Infectious Diseases and Chair of the Department of Internal Medicine at Roswell Park Comprehensive Cancer Center.

Dr. Thomas Russo, the Chief of Infectious Diseases at the University at Buffalo, told 2 on Your Side, "I think this is due in large part to the strong culture that we've developed in employing public health measures such as mask usage, social distancing and hand hygiene."

The number of hospitalized patients in the five-county region reached 40 on July 6. That’s an increase of two from the day before and it ends 10 consecutive days of daily hospitalizations below 40.

It’s also the fourth consecutive day where the number has increased.

The doctors we spoke to said, still, the outbreak seems to be under control locally -- but we're not out of the woods yet.

"In Western New York, maybe, based on antibody studies, perhaps 10 percent of us are immune and that means 90 percent aren't, so we are at risk for a resurgence," explained Dr. Segal.

Dr. Russo said, "I think we need to maintain the rigor of the public health measures we've been talking about or we could have a significant increase in cases that we've seen in other parts of the country."