Other counties in WNY, which include ones with high COVID transmission rates have allowed wrestling. Erie County has recommended against the sport resuming. 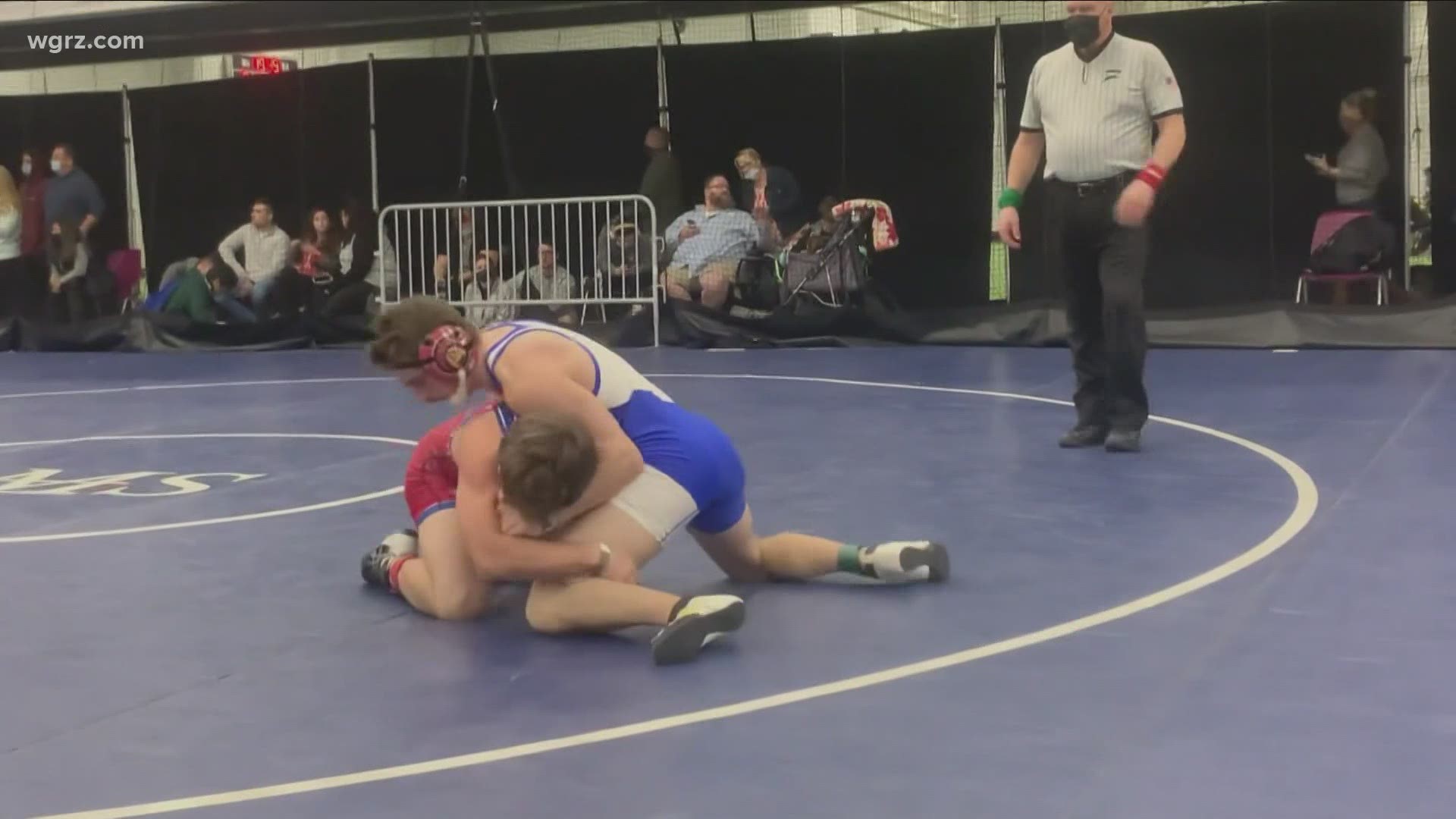 BUFFALO, N.Y. — While other counties in Western New York have allowed high school wrestling to resume after more than a year off the mat, Erie County is recommending the sport remain on hold.

2 On Your Side has learned a lawsuit is expected to be filed next week to change that.

Tyree Orange, a senior at Amherst High, hasn't been able to get on the mat in more than a year.

"Everyone wants to be the best or learn new different ways and train hard and I just love the atmosphere of that and that's what I'm missing the most," Orange said.

In March, the New York State health department issued guidance on sports and recreation saying teams in higher risk sports, such as wrestling may practice and compete, only as permitted by local health departments.

Other counties in Western New York, which include ones with high COVID transmission rates such as Erie County, have allowed wrestling, but Erie County has recommended the sport be out on hold.

"And now, we're looking at instead of delay in Erie County these kids not wrestling at all and there just isn't the data to support that," said Dennis Bauer, the head coach for Amherst varsity wrestling.

Added attorney Corey Hogan, whose law firm is planning the lawsuit: "Arbitrary and capricious are the words that are used in the Article 78 proceedings and that's where most of the courts have been basing their rulings on absolutely there's no justification for singling out wrestling."

"Since wrestling is a very high risk sport people are very close together not really masked even though they might wipe down everything really well that prevents skin to skin transmission that doesn't prevent COVID," Dr. Gale Burstein said.

Bauer added: "[That is] false Section 4 wrestled their whole season with masks on."

The health department's recommendation could change if cases continue to drop and vaccinations increase.

"We can't wait to get under 100 cases per 100,000 population over a seven day period because then we'll be in a lower risk transmission category and then we will definitely reassess," Burstein said.

But, with the end of the school year fast approaching, there's an urgency to has some sort of abbreviated season.

Dr. Burstein says COVID clusters in youth sports are mostly being seen in football, cheerleading and volleyball. That lawsuit is expected to be filed against Erie County and the state next week is also expected to include an attempt to lift restrictions on restaurants and hair salons.