Keeping COVID-19 on the decline in Western New York

'I think it's really important that even though we're moving through the phases, we don't have a false sense of security,' Dr. Thomas Russo said. 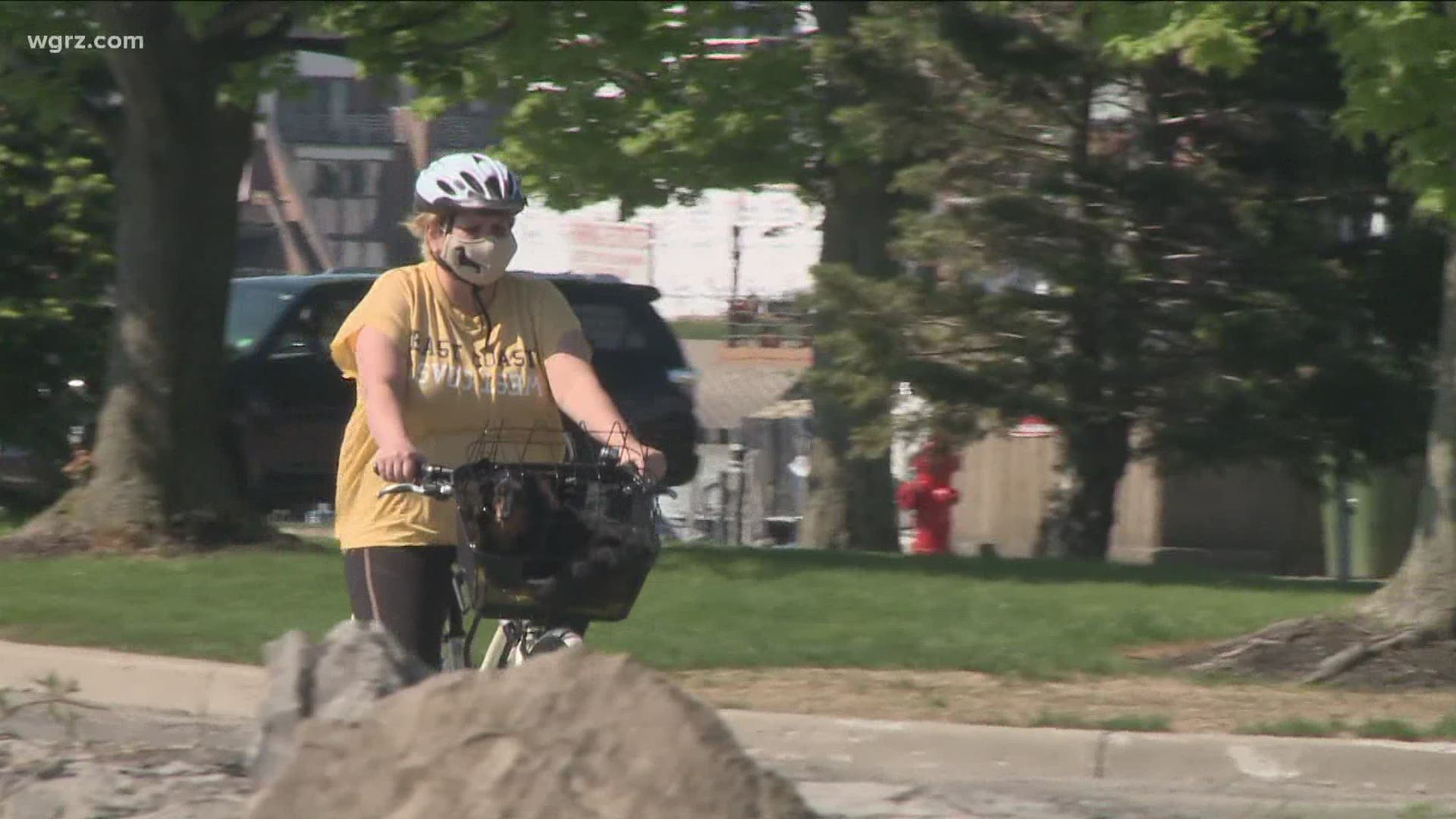 BUFFALO, N.Y. — Even as New York State rolls out its reopening plan, COVID-19 numbers are on the decline.

Then on Thursday, Poloncarz tweeted:

Dr. Thomas Russo, the chief of infectious disease at the University at Buffalo, said he's pleasantly surprised by the numbers.

"I think that there's really two reasons that we're doing so well," he said. "I think that first, even though we're starting to open these things up, people have been cautious, and people for the most part have been following the suggested public health measures, importantly using masks and social distancing."

Dr. Russo said the second reason is likely that most of the activities have been outdoors.

"We know that it's much riskier to do indoor activities under crowded conditions than outdoors, where people can spread out and the virus disperses more readily," explained Dr. Russo.

However, Governor Andrew Cuomo said many states are in a different position, now seeing spikes in cases.

"It is all across the country. We are the exception," he said Thursday.

However, the governor also stressed that this is not over.

Dr. Russo said in order to keep numbers on the decline, we should continue social distancing and mask usage as we move forward in reopening.

"I think it's really important that even though we're moving through the phases, we don't have a false sense of security," he said. "The new coronavirus is out there.

"We still have a low number of cases, but it's not zero and if we drop our guard in executing the public health measures that we've been doing so well with, we're gonna see another spike of cases. There's little question about that."