Keep your Zoom meetings secure while working from home

Western New York cybersecurity expert Holly Hubert says to keep hackers out of Zoom meetings, you should out in as many protections for your meetings as possible. 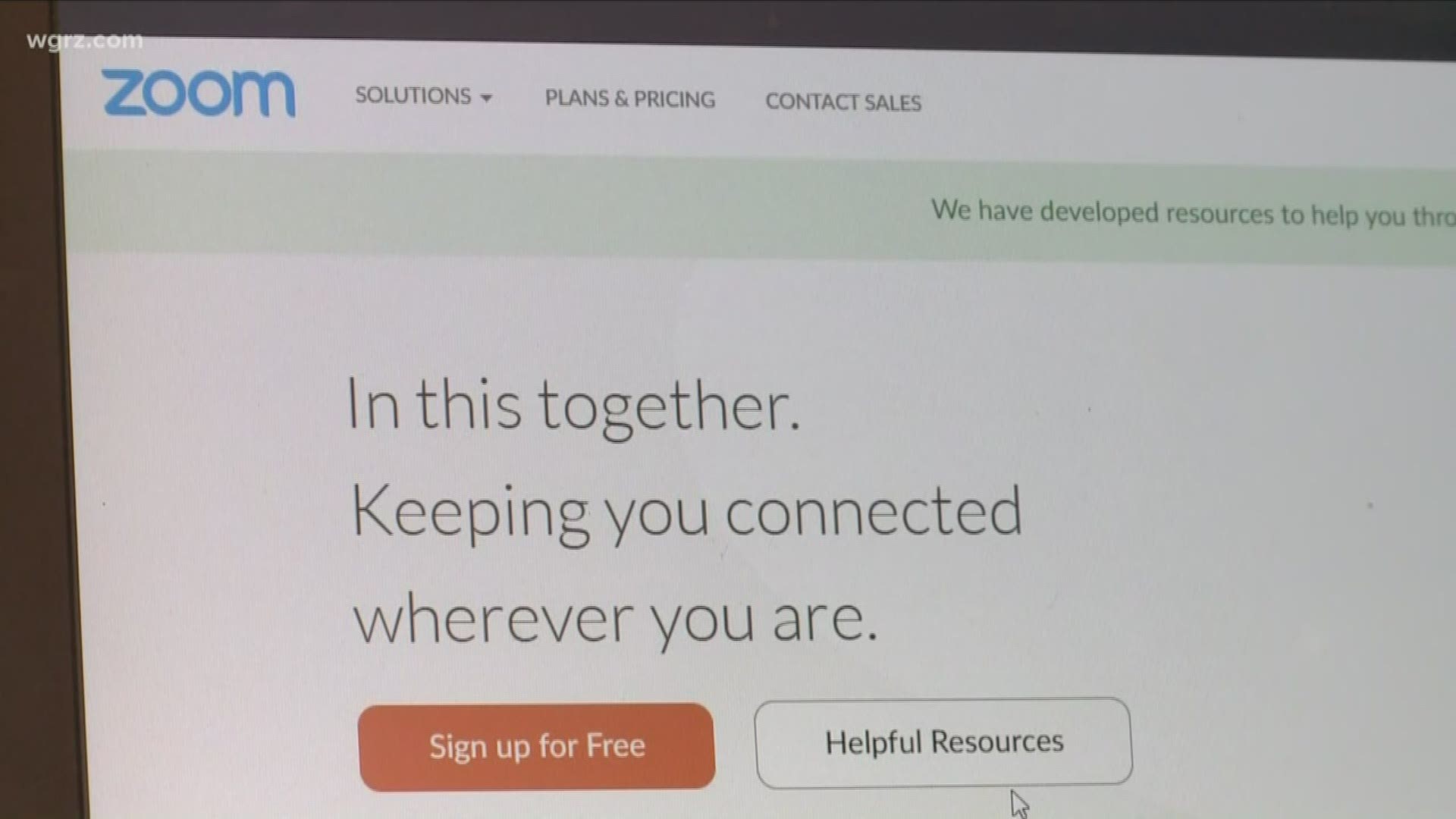 BUFFALO, N.Y. — Companies across Western New York are having their employees work from home to help stop the spread of COVID-19, and Zoom Video Communications is one of the most widely used conferencing services.

2 On Your Side recently learned that people are experiencing what's called "Zoom-bombing." This is when someone hacks into a zoom meeting and begins to take over.

A hacker could do anything from taking over screen sharing to sharing explicit material in a meeting.

2 On Your Side's Karys Belger spoke with local cybersecurity expert Holly Hubert. She worked for the Federal Bureau of Investigations before starting her own company, GlobalSecurityIQ.

Hubert explained that hackers can use a few methods to get into Zoom meetings. They can steal links to the meetings and sometimes get into the wireless network someone is using while they're working.

Hubert suggests one of the ways to get around this is to put in as many fail safes as possible, use passwords for Zoom meetings, and don’t share these passwords with the public.

Hubert also said having someone overseeing the meetings while they’re taking place in the event someone does hack it.

"If you don’t need a public forum, certainly use the zoom in private mode. But if you have to use a public forum, for example, a group meeting or town hall type of meeting or a widely discussed type of issue, have an administrator on the forum moderating it so if someone comes in they can be blocked immediately," she told 2 On Your Side.

Hubert also said to use the password option on Zoom every time a company hosts a meeting is wise. She advises using all ten of the characters available.

The reason why is that computers are capable of working out shorter passwords and the more length and complexity a password has, the more secure the meeting will be.

"A computer can actually put in multiple, scramble multiple versions of that password and can easily in minutes decrypt a password like that. But if you have, the longer the password is the longer it would take a computer to actually figure out what the password is," Hubert said.

Hubert also said closing out of zoom completely after each meeting instead of just leaving or ending a meeting can also help keep devices secure.

RELATED: How to practice good cyber security when working from home