Lomeo: "Gonna have to be some reimbursement" 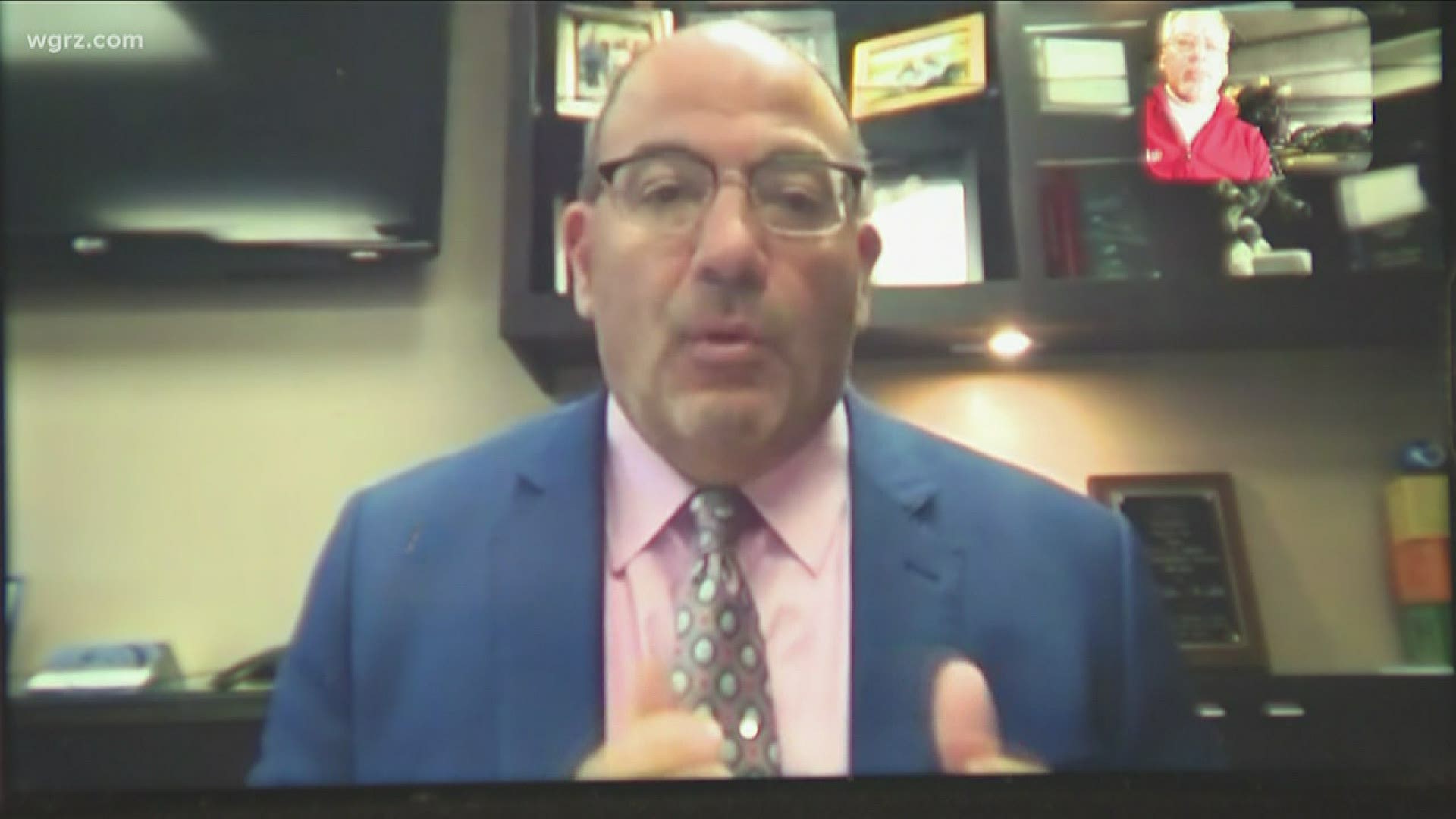 BUFFALO, N.Y. — Kaleida Healthcare CEO Jody Lomeo sees a parallel between US automakers a decade a ago and hospitals now.

The Obama administration engineered a bailout of American automakers in the wake of the 'Great Recession'. Lomeo sees a bailout of the nation's hospitals battling the coronavirus pandemic, as likely.

“I would think there’s gonna have to be some reimbursement on some level and we’ve seen some of that already with the (recent federal) stimulus bill. We’re gonna need support.”

In an interview with 2 On Your Side Monday morning, Lomeo says because of the need to gear-up his hospitals for COVID-19 patients, elective surgeries have been put on hold. Those surgeries generate money for hospitals.

Now, with less money coming in, Lomeo says he's been forced to throttle-up procurement. A variety of equipment needs including masks, gowns, gloves plus testing supplies have driven costs up dramatically.

“We can survive for a couple of months, after that I would be really nervous.”

Lomeo also talked on a number of COVID-19 topics including:

Where WNY's healthcare system is vulnerable

“If the long-term care facilities, the nursing homes in the area, if by some chance there’s a massive surge there and their residents require hospitalization, that’s where we’re vulnerable. That’s where the largest surge most likely would come from.”

“We have approximately 120 ventilators in total that we have right now. The good news is that we’re not using all of them right now.”

“There’s a manageable amount of PPE across the board. We’re really good on surgical masks right now. Where we’re a little bit light is with the N95s and you’ve heard that from everybody. We’ve ordered more beds."

Kaleida has instituted 'hazard pay' bonuses for its staffers working in COVID-19 wings or involved with direct care to COVID patients.

“We really started with those who are on the front lines and honestly where this is probably headed. We’re all COVID hospitals right now when you think about it.”

Lomeo said if a temporary hospital is needed in the area, it does not appear likely Kaleida would be able to play a role in staffing.

What Lomeo hopes when the pandemic emergency has passed is that the public has a deeper appreciation for the work and dedication of area healthcare workers.

"The beauty of these people is that want to take care of us. They want to do the job. They’re amazing human beings doing things some of us would never imagine doing. We just have to support ‘em. I’m challenging myself and my team, ‘Are we doing enough for them?' We’ll figure all the other stuff out later.”

RELATED: Where is your stimulus check?

RELATED: Is Buffalo a hot spot for coronavirus (COVID-19) cases?