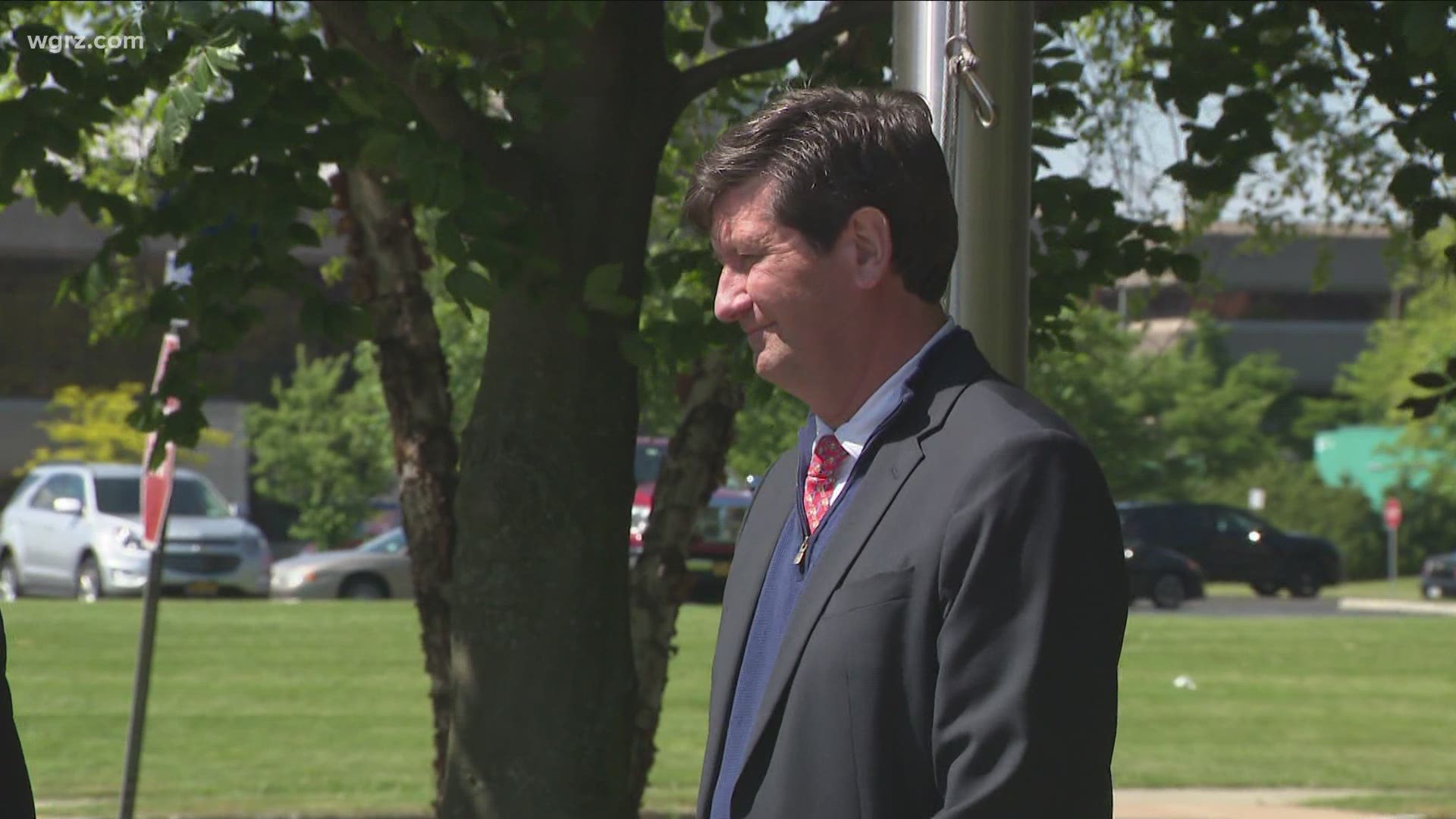 So, at what point are emergency powers invoked by government no longer needed?

Some Erie County lawmakers on Thursday signal they think the time here, locally, is closing in. During a meeting of the legislature, there was a procedural vote suggesting a majority was interested in throttling back on County Executive Mark Poloncarz’s pandemic authority.

The vote was on whether a resolution on the finance committee should be considered by the entire legislature. Because all 11 county lawmakers voted on this, it was a test vote on the issue.

The resolution targets Poloncarz's free hand with county funds, to move money around within the budget, and to enter in contracts for amounts less than $250,000 with legislative approval.

The motion failed on a 7-4 vote. All four Republican lawmakers voted to bring it to the floor. All seven Democratic voted against. But three Democrats qualified their no-votes by saying they support the concept of reducing Poloncarz’s authority.

“We have to take a look at the powers that we gave to the county executive and potentially tweak those powers or revoke some of them,” said Timothy Meyers of Hamburg.

Amherst Democrat Kevin Hardwick said, “I would be willing to entertain a variant of this resolution.”

The Majority Leader, Timothy Meyers, added, “I think there needs to be a rollback. ... Unfortunately, we’re not able to get there today.”

Meyers, the chairman of the finance committee, said special pandemic powers would be discussed in next week’s committee meeting.

On Thursday afternoon, Poloncarz noted there is “a light at the end of the tunnel” but that he still needed the flexibility to move quickly to address COVID-related issues, such as opening pop-up vaccination clinics.

“On these small contracts, I can’t wait for the legislature. They meet once a week, and as much as they say, ‘Oh, we’ll be here every other day,’ that is not the case. I’ve talked to a number of legislators that say they want to be here one day a week, and that’s it,” Poloncarz said.

Poloncarz added that the vast majority of his pandemic authority come from state law, not county law.

Asked to predict when he would be able to relinquish these special powers, Poloncarz said if vaccinations continue to progress, it’s possible they would not be necessary past summer.