While some places did open Friday afternoon, others are waiting a few more days to open their doors to families once again. 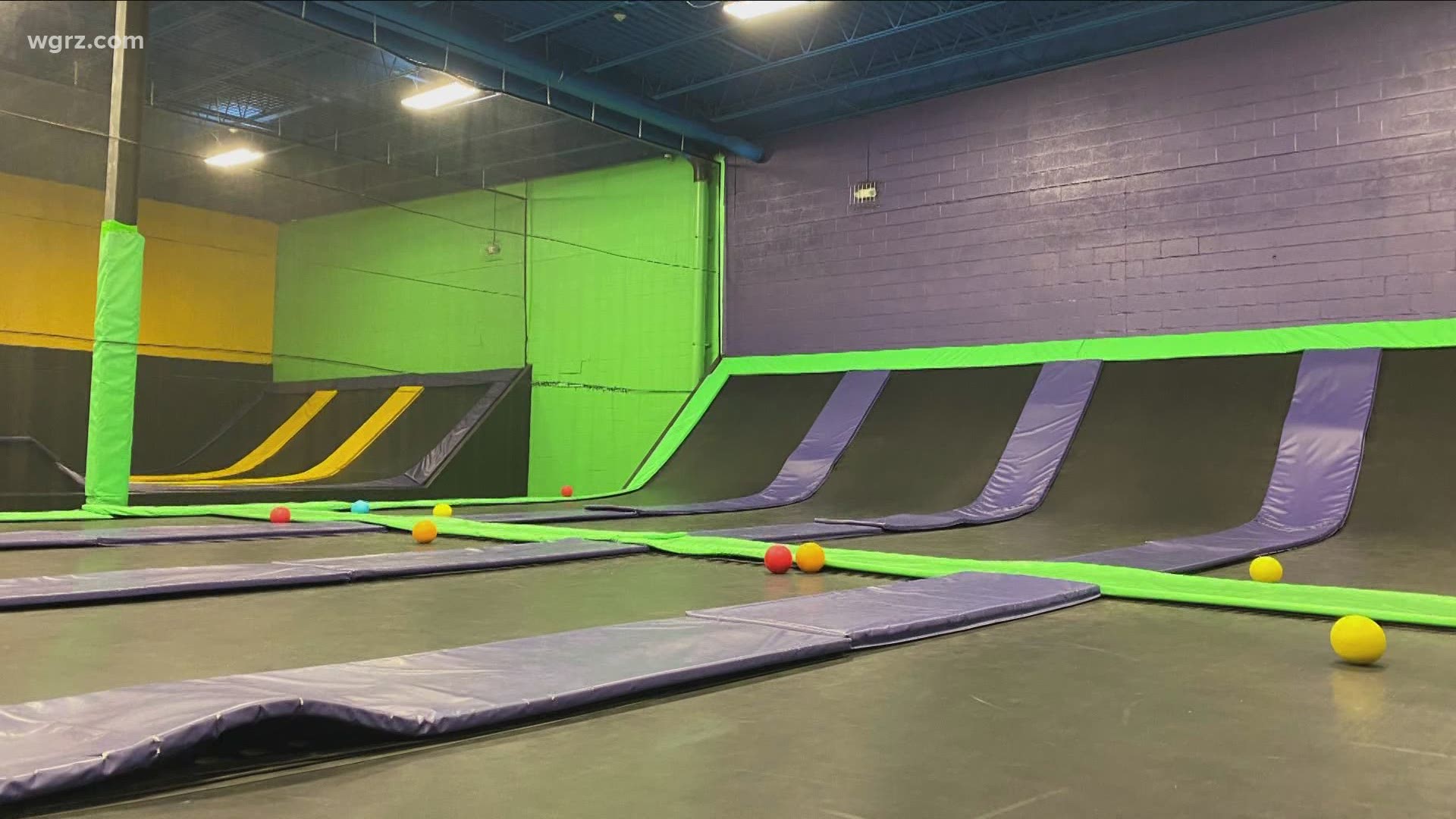 Lasertron in Amherst was partially open due to a lawsuit they won in January.

On Friday, they were finally able to reopen the rest of it, which includes the arcade, according to marketing and systems manager Larry LaClair.

There's also a number of rules in place, in addition to limited capacity.

New York State is requiring indoor family entertainment parks to limit capacity to 25 percent, in addition to a list of guidelines.

Some include getting guests' contact information if contact tracing is needed, selling tickets in advance and keeping things sanitized.

While Lasertron reopened their arcade at 4 p.m., places such as Get Air Trampoline Park are waiting until Monday to reopen.

"We are limiting capacity even lower than what the state has requested us to do. Obviously, you know, face masks, sanitizing. We have created a pretty strict sanitizing schedule where there's almost 100 percent of the time where we have someone walking around with one of our sanitizer sprayers," said Michalene Harbridge, general manager of Get Air Trampoline in Buffalo.

Harbridge also says trampolines will be sectioned off so you're only with your party. The foam pits will also be closed.

Even with some restrictions, Harbridge says they're excited to welcome families back.

"Honestly, it feels wonderful. It's been just rough with so many people being stuck at home. To be able to take your kids and spend time with them elsewhere, where they don't have to destroy your house, they can bounce around, and get their energy out here is great," Harbridge said. "Honestly, for us, we're just excited to see people smile again."

The trampoline park is doing a special for reopening.