Hyatt employees look for new jobs after the hotel closes

A former employee tells 2 On Your Side, he's now trying to find new ways to apply the skills he has learned from years of working in hospitality. 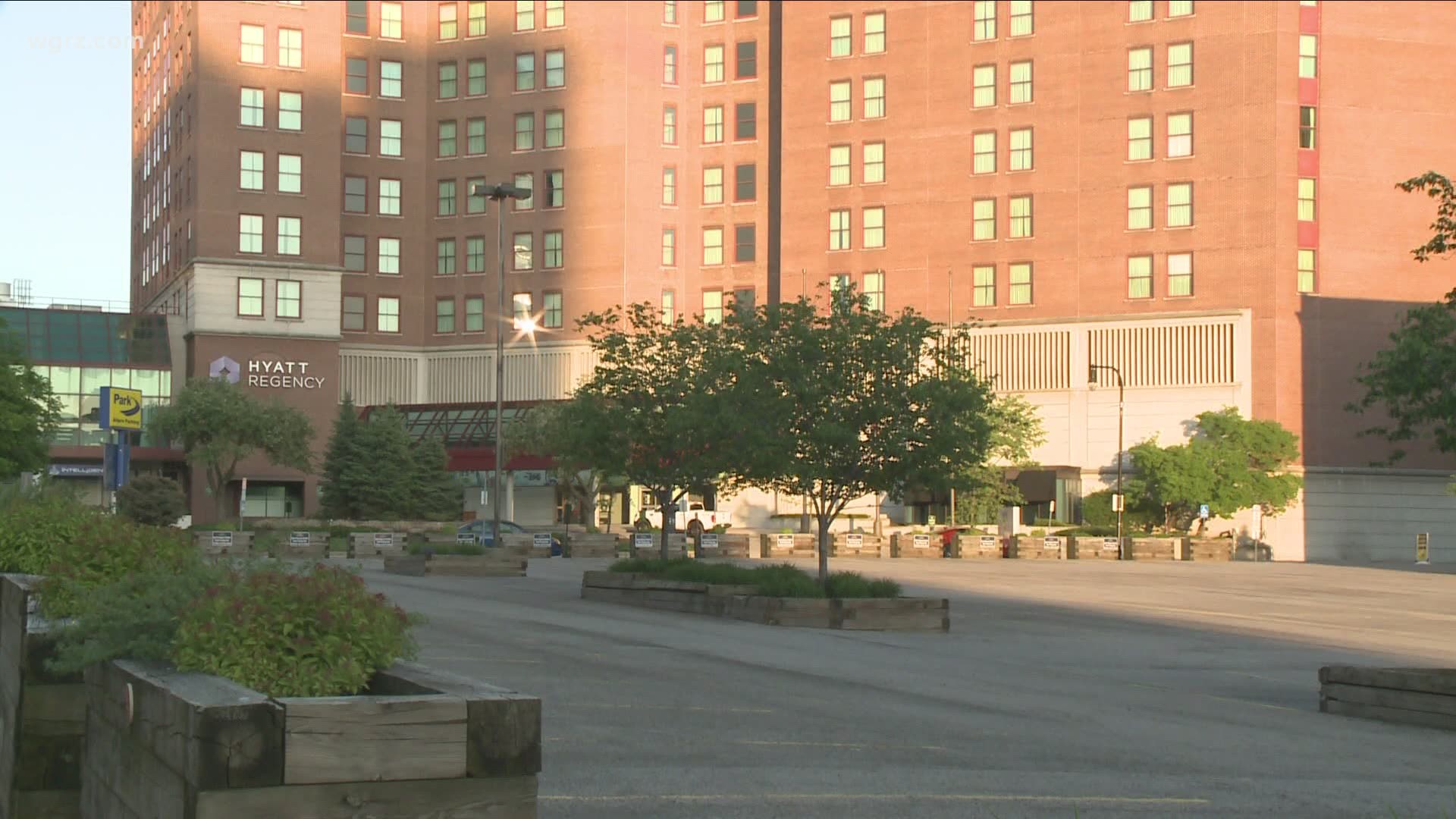 BUFFALO, N.Y. — Former Hyatt employees are now faced with the challenge of looking for a new job after losing their positions. It was announced Tuesday that the downtown Buffalo location would no longer be a Hyatt branded hotel.

One of those employees was Barry Rebholz. Rebholz was a banquet captain at the hotel who worked his way up through the ranks. He first started working there as a bartender.

Rebholz was initially furloughed in March when New York State put a restriction on large gatherings. As a banquet captain, the move meant he essentially didn't have any business.

Rebholz says he was somewhat surprised when he learned the hotel was closing, but he ultimately thought something like this could happen as the weeks passed and he wasn't called back to work.

"It became somewhat apparent in my mind that the longer that the band went on and the longer that we weren’t able to resume our normal operations that it would not be long before something major might happen," he told 2 On Your Side.

Rebholz says he and his coworkers are now in the position of looking for new jobs and in his case, he’s looking outside of hospitality to see what skills he could use in other fields.

To get a sense of what possibilities were out there, 2 On Your Side's Karys Belger spoke with Anthony Ogorek who runs a wealth management firm in Buffalo and he explained that depending on the skillset, some may have an easier time than others.

"There are different strata that you’re looking at," Ogorek said. "If you’re in management obviously there is some transferability there. If you are dealing with teams of people. If you are in a sales capacity, obviously those are transferable skills but obviously, if you are doing the more basic service type things, I think those are going to be a bit more difficult to find."

Ogorek also said other hospitality-type businesses, like others in Western New York, will incur costs as they moderate the new regulations put in place by the state.

Those costs will force other businesses to reevaluate who is essential in to their operations.