The move comes after the September 11 Memorial & Museum, which organizes the main annual tribute at the trade center site, canceled the lights over the pandemic. 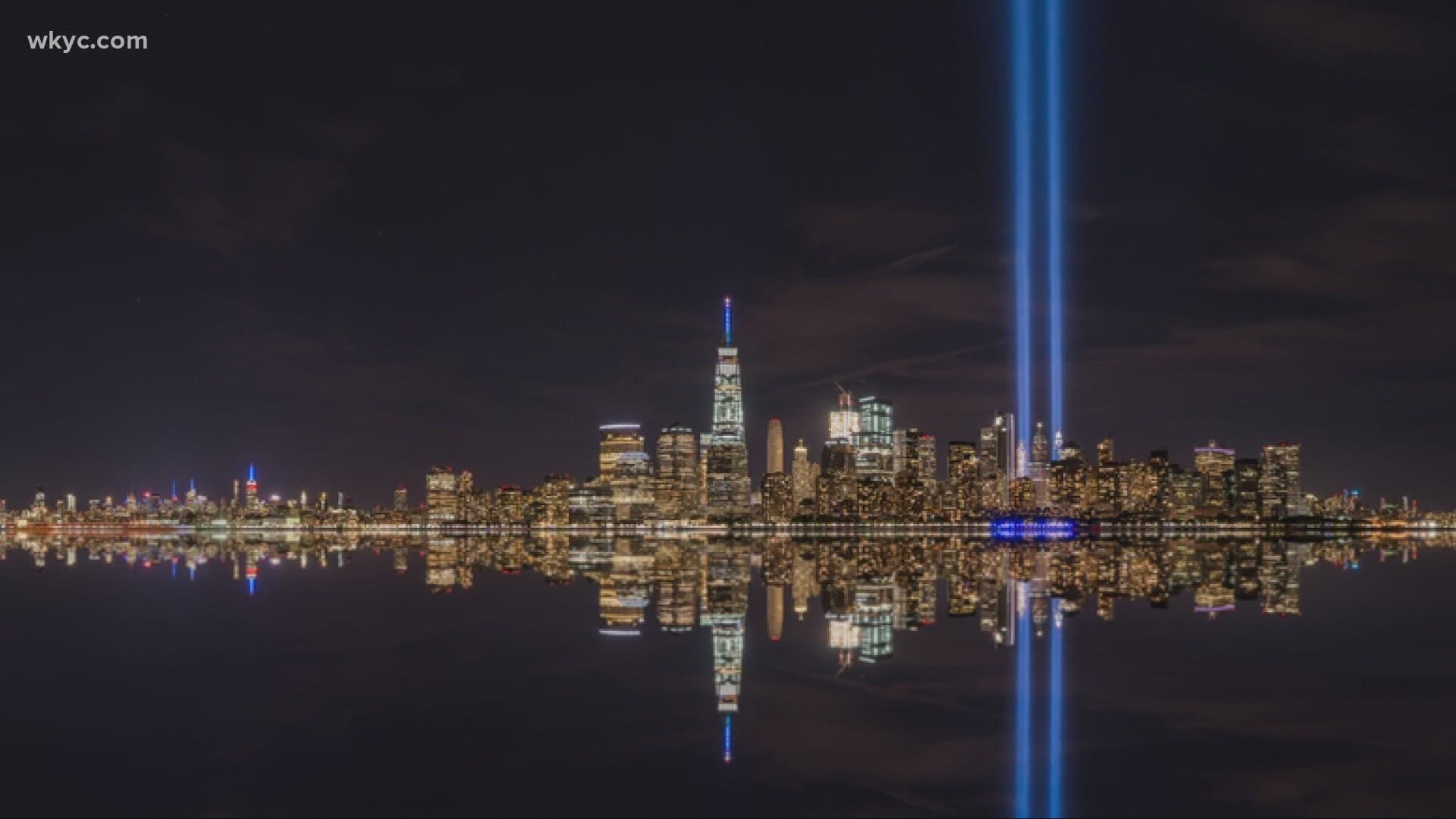 NEW YORK CITY, N.Y. — Editor's note: The video above was published on Friday.

Plans are back on to beam twin columns of light into the Manhattan sky to represent the World Trade Center during next month's anniversary of the 9/11 terror attacks.

The move comes a day after the National September 11 Memorial & Museum, which organizes the main annual tribute at the trade center site, canceled the light display over concerns about work crews during the coronavirus pandemic.

New York Gov. Andrew Cuomo said on Saturday that the state will provide health personnel to help allow the tribute to continue safely. He said it's significant that the lights go up to honor the heroism displayed, as people unite again to battle the coronavirus.

The Tunnel to Towers Foundation had announced Friday that it is working on plans to shine the twin beams during its alternative 9/11 ceremony.

"The twin beams of light that shine over lower Manhattan in silent tribute to those lost on 9/11 are an iconic symbol of hope visibly showing that light will always triumph over darkness,” said Frank Siller, chairman and chief executive of the foundation.

With gratitude to our Chairman Michael Bloomberg and Gov. Andrew M. Cuomo we will be moving forward with Tribute in Light. pic.twitter.com/gxEOvFK8vW

In a statement, Cuomo said, "This year it is especially important that we all appreciate and commemorate 9/11, the lives lost, and the heroism displayed as New Yorkers are once again called upon to face a common enemy.

"I understand the Museum's concern for health and safety, and appreciate their reconsideration. The state will provide health personnel to supervise to make sure the event is held safely while at the same time properly honoring 9/11. We will never forget," the governor said.

RELATED: 'True heroes' | 5 teens save deputy when suspect attacks her

Last week, the foundation decided to hold an alternative 9/11 Never Forget ceremony after the National September 11 Memorial & Museum announced that family members won’t read the names of the nearly 3,000 victims this year because of the pandemic.

Alice Greenwald, president and CEO of the 9/11 Memorial & Museum, thanked former New York City Mayor Mike Bloomberg, Cuomo and the Lower Manhattan Development Corporation “for their assistance in offsetting the increased costs associated with the health and safety considerations around the tribute this year.”

“This year, its message of hope, endurance and resilience are more important than ever,” she said in a statement.

The foundation's tribute will be held just south of the memorial plaza and relatives will read the victims' names, with mask-wearing enforced and podiums being sanitized after each speaker.

The charity was founded to honor the memory of New York City firefighter Stephen Siller, who died in the attacks and was Frank Siller's brother.