Cuomo to schools: Start talking now to parents and teachers about reopening plans 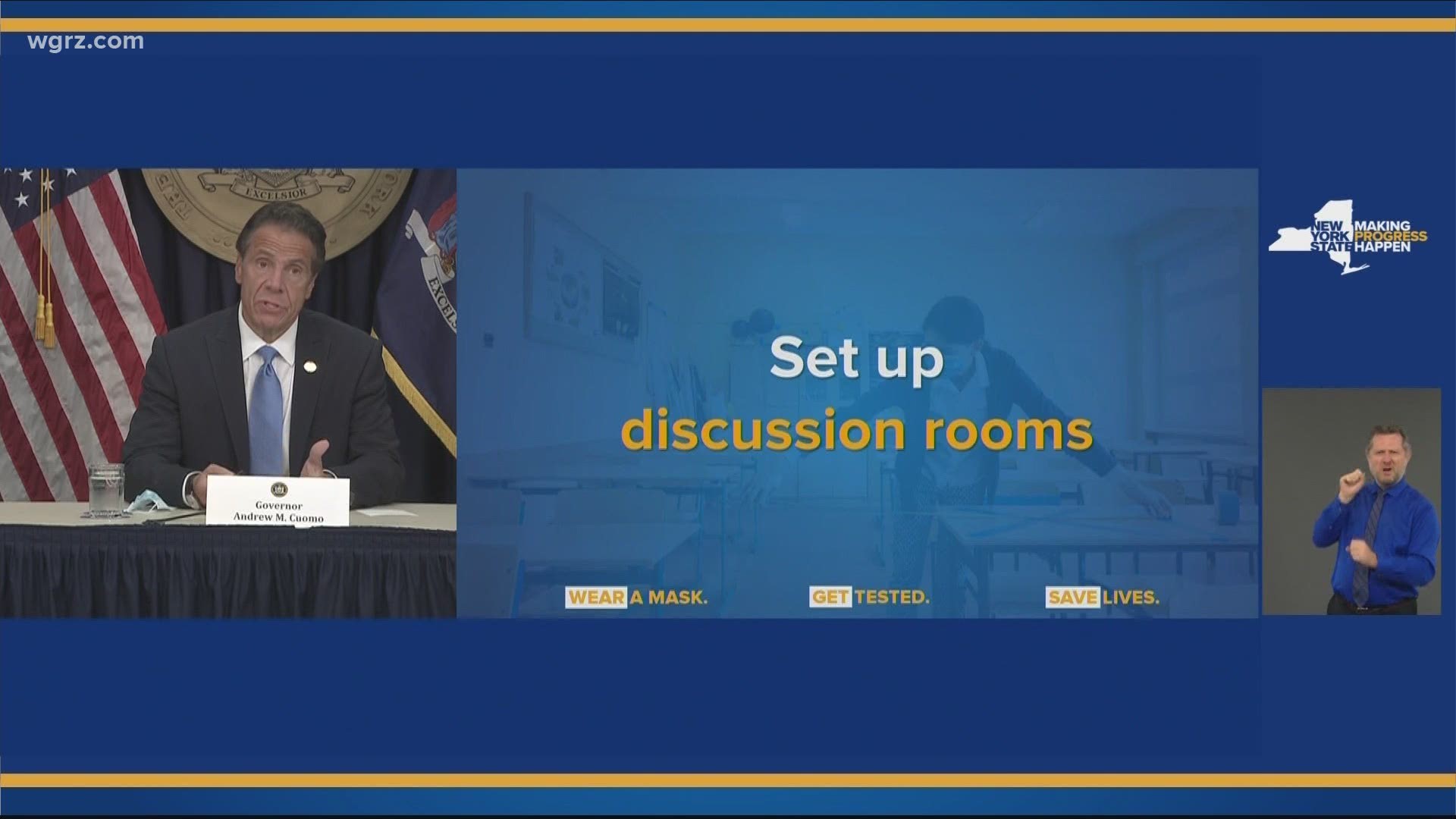 ALBANY, N.Y. — New York Governor Andrew Cuomo says now is the time for districts to start communicating with parents and teachers about plans to reopen schools in the fall.

Cuomo says he will have an announcement later this week about whether schools will even open in September, but said the state's 700 districts need to start sharing information on plans already in place in anticipation of a possible reopening.

Saying neither option is perfect, New York's leader said not opening schools is also highly problematic. He cited food insecurity, a possible dangerous situation at home and socialization issues among concerns if schools remain closed or go to a virtual learning plan. Of remote learning, Cuomo said it is not an equalizer, but a separator that reinforces the aggregate disparity between rich and poor.

The governor is encouraging districts to set up 'discussion rooms' where members of the school community can get their questions answered. He said ultimately it's up to parents as to whether or not they will send their children back and they deserve to have the information needed to make their decisions.

Monday marked day 156 of the pandemic outbreak in New York and the numbers continue to trend down. Gov. Cuomo began his briefing by congratulating New Yorkers, saying the positive news is purely a result of the actions they have taken. Since phased reopening got underway May 15, the numbers continue to go down and  "no expert predicted that".

The number of hospitalizations, including patients in ICU and those who are intubated, all hit new lows since the outbreak took hold in March. "We have been disciplined and we have to stay disciplined", said Cuomo. He repeated his call to local governments to continue to enforce reopening guidelines saying young people and lack of compliance, particularly at bars and restaurants, remain a problem.

Here is the latest data: