The governor also spoke on different projections for bed capacity, the current impact on the economy, as well as changes being made to filing for unemployment. 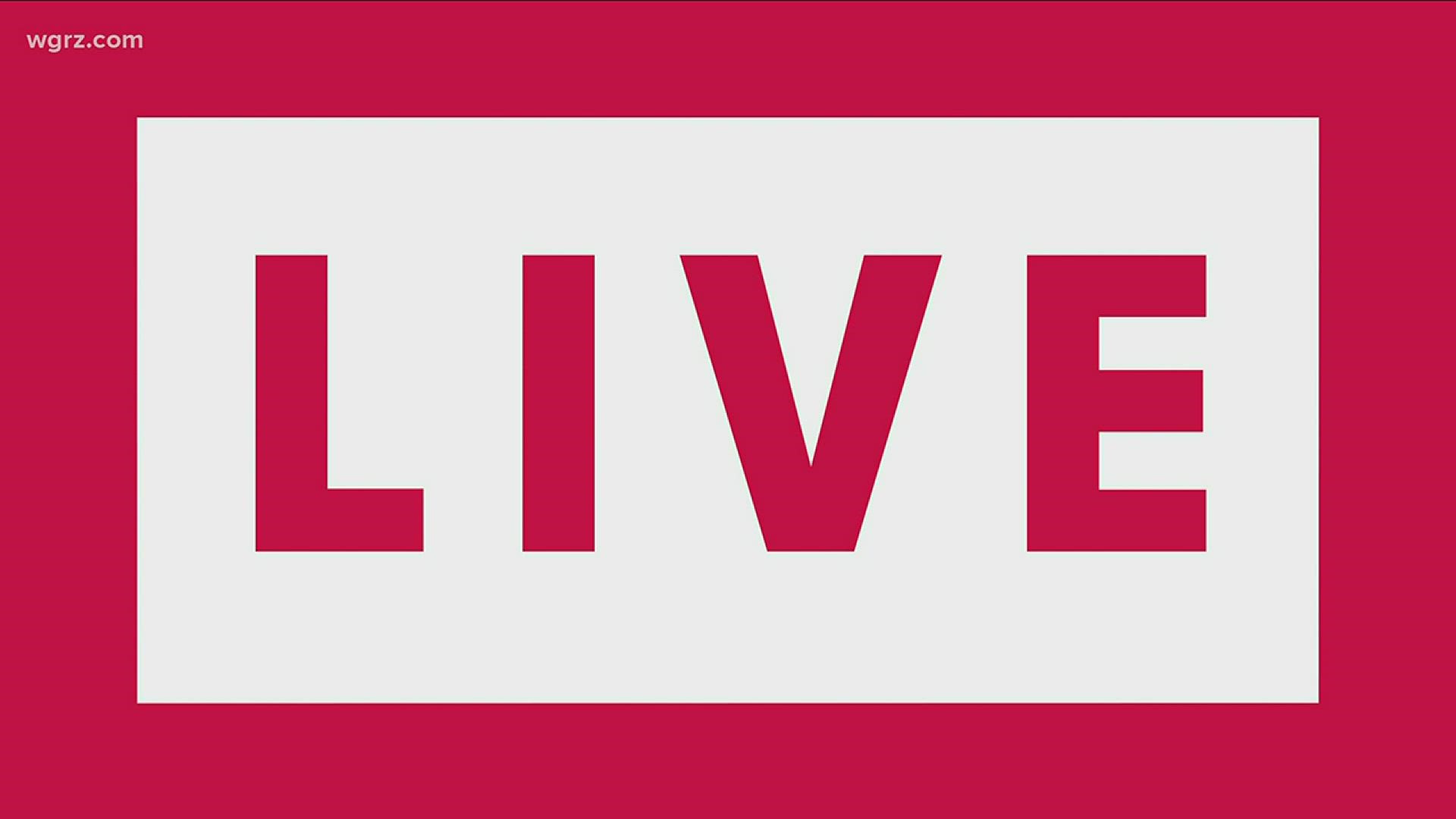 NEW YORK — Governor Andrew Cuomo started his daily coronavirus update on Thursday by saying that we are currently 18 days into NY PAUSE and that it has been 39 days since first COVID-19 case in New York, and 80 days since first case in the United States.

Cuomo says that so far, we have been able to flatten the curve due to the daily efforts New Yorkers continue to take.

Columbia University had the largest estimate, estimating a need for around 136,000 beds in New York City alone.

Currently, New York has 18,279 people hospitalized, and a 90,000 beds capacity. At that capacity, the state sits in the middle of these several projections. The current hospitalization rate suggests that we are flattening the curve.

"Don't underestimate this virus, I think that's a mistake we made from day one," Cuomo said.

"We lost more lives yesterday than we have to date," Cuomo said. The total death toll of the virus yesterday was 799.

The governor addressed the fact the virus seems to be disproportionately affecting people of color, and announced more testing in African American and Latino communities downstate.

Testing, especially rapid testing Cuomo says, will help bring our economy back by letting us know who no longer has the virus and can come back to work. New York does have a approved antibody test.

Cuomo would like people who have recovered from COVID-19 to donate their blood to the state, for a potential treatment known as convalescent plasma.

Cuomo says that past legislation promised New York $6 billion in healthcare, but it turned out to be only $1.3 billion and excluded 1/3 of New York medicaid recipients.

“The way I sleep at night is that I believe that we didn’t lose anyone that we could have saved,” Cuomo said regarding the state’s healthcare. “That has to be true and that has to continue.”

The system at the Department of Labor has also crashed due to the sheer number of people trying to apply for unemployment, Cuomo said.

On Thursday between 5 and 7 p.m. the system will go down, the new application will go online, and as long as you completely fill it out, it will go through, if you’re missing something they will call you within 72 hours. This will hopefully reduce the call volume and long wait times for people applying for unemployment.

The state expects to see a $10 to $15 billion budget shortfall, due to the impact coronavirus has had on state systems and the economy.

To prevent layoffs, 80,000 state workers will not receive raises in the next 90 days, which is projected to save the state government about $50 million.

Cuomo says he will not estimate or project when he believes this may be over, and that the state changing their practices will be based on data.