Cuomo says he plans to come to Buffalo to tour Bills Stadium and meet team officials to talk about the design of the stadium. 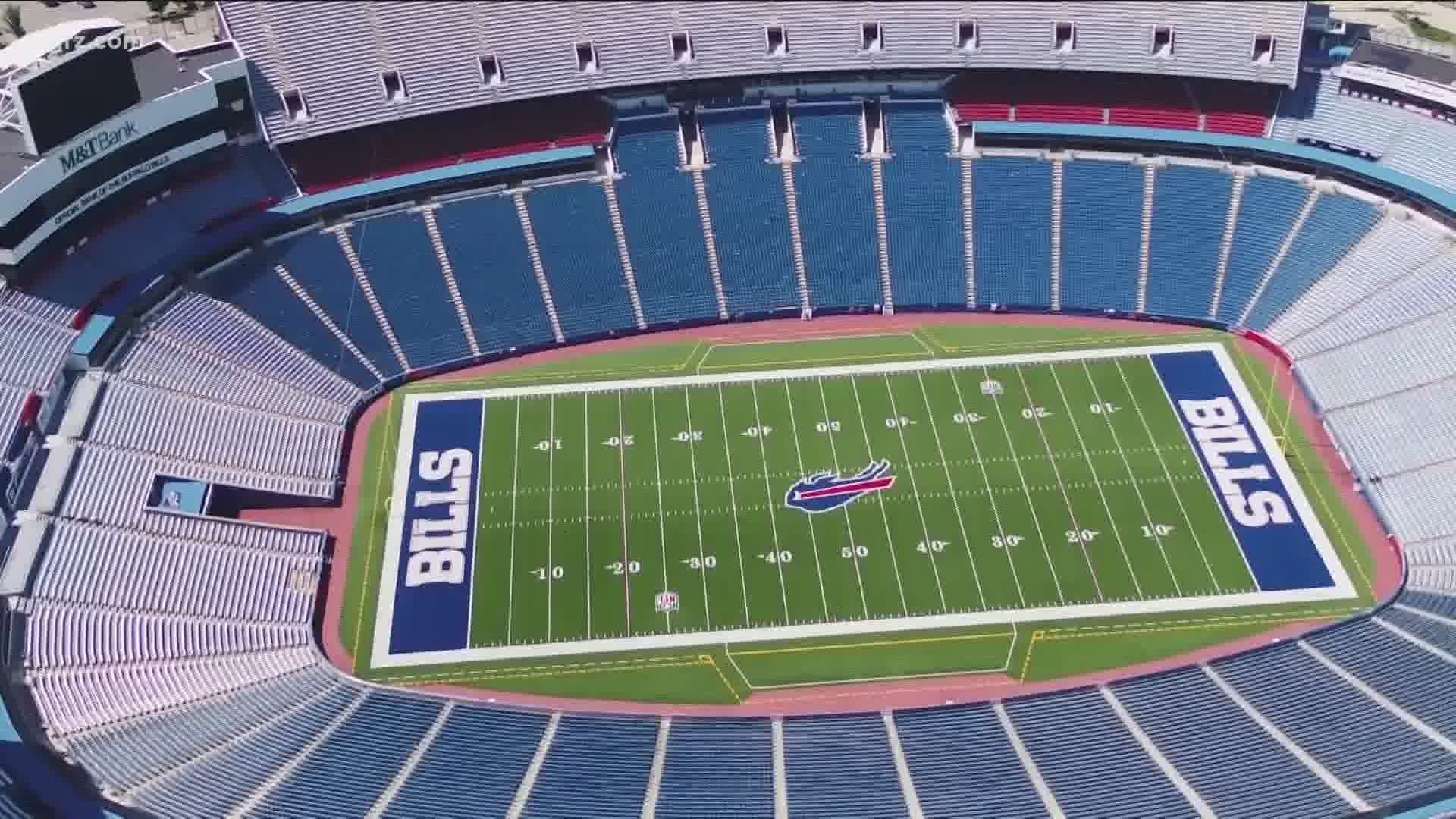 BUFFALO, N.Y. — New York Governor Andrew Cuomo says he is 100 percent eager to get Bills fans back into the games, but he's cautious because of WNY's COVID-19 infection rate.

He made the comments during a conference call with the media on Wednesday.

Cuomo says he plans to come to Buffalo to tour Bills Stadium and meet team officials to talk about the design of the stadium and how they will get fans in and out of the stadium. He says engineers are already looking into it.

"I'm going to go out and take a tour of the stadium, and meet with the team leadership, and talk it through to see if there is a way with the design of the stadium to get people in and out without causing a gathering," he said.

He said the stadium can safely seat 5,000 fans, but said the concern is getting fans out of the stadium.

Western New York still has a "caution flag" due to a higher COVID-19 infection rate.

On today's press call, @NYGovCuomo reinforced that we want to see @BuffaloBills’ fans back at games, particularly during this exciting season.

We will continue to monitor the WNY infection rates & work with the Bills’ organization to consider options. #GoBills

The Buffalo Bills released a statement on Tuesday saying there will be no fans in the stadium for the foreseeable future, but are working to hopefully make it happen.

"We promise you we are working diligently behind the scenes to ensure we are ready to provide fans with a safe environment should protocols change and we are able to root for the Bills in person."

Erie County Executive Mark Poloncarz addressed those talks on Monday saying, "We believe that at least 10 percent of the seating could be utilized safely for fans, which is a little over 7,000 fans." Poloncarz added. "The Bills were looking at 9,000 but it's really in the hands of the state right now."

The county owns and operates Bills Stadium and Poloncarz told reporters on Wednesday that he would need a definite decision from the state by Friday in order to allow fans in for the next home game. That is a Thursday night game on October 15 against the Super Bowl-champion Kansas City Chiefs. He says that is necessary because they would have to arrange for security staff, concessions personnel, and food supplies.

Poloncarz says he would be happy to give the Governor a tour of the stadium to look at access points. He also emphasized again there would need to be carefully timed entry and exit for seated fans to make sure there is no crowding in corridors or the four or five stadium gates.

EC Poloncarz says no tailgating if there would be Bills-Chiefs game with fans in stands. @WGRZ

Poloncarz also stressed again there would be no tailgating allowed at stadium lots with fans expected to just park and go in to the stadium and then just exit and leave after the game.

"We believe we can approve and Orchard Park can approve allowing private lot operators to provide parking, but that's it" said Poloncarz.

Initially, the Bills announced in August that there would be no fans in the stands for the first two home games in September and that they would reconsider fans after those two games. 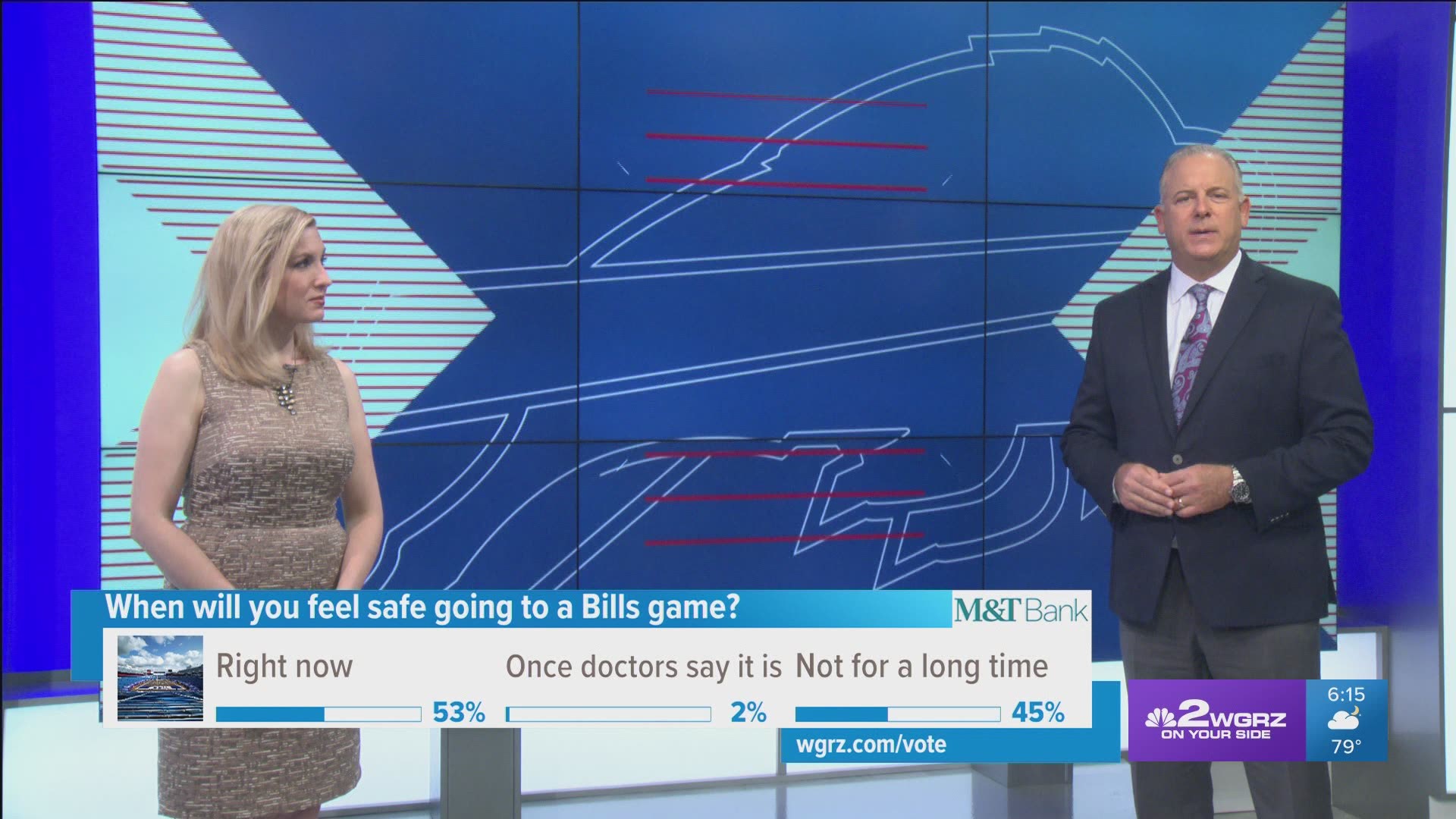